The wait is getting more excruciating than Duke Nukem Forever. The RX-Vision Concept prototype has cleared up any lingering doubts, and Mazda no longer has to answer to a larger manufacturer. For the past eight years, the rotary engine has survived thanks to the efforts of 50 engineers, who have been committed to the engine more for personal enthusiasm than for industrial reasons. In the age of emissions reduction, it is very difficult to justify the development of a rotary engine.

In fact, at the time it didn't make sense to upgrade the Mazda RX-8 to Euro 5 because of poor sales figures. Mazda discontinued the left-hand-drive car first, so continental Europe and the US (mainly) bid it a hasty farewell. In Japan it still made sense to sell it, until it became an "old" model. Mazda has had to worry about another type of car to make money again, the disconnect from Ford wasn't easy.

With a limited R&D budget, the wait is getting longer than we'd like.

Those engineers are working on a 1.6 rotary engine, most likely a birotor, that delivers what's expected of a successor to the RX saga. That means power, but with a more reasonable consumption, and that is legal to sell, of course. It is not a solution to meet the emissions "American style", that is, capping the engine until the pollutants do not exceed the limits. Improving two variables in engineering at the same time is one of the biggest problems there is. 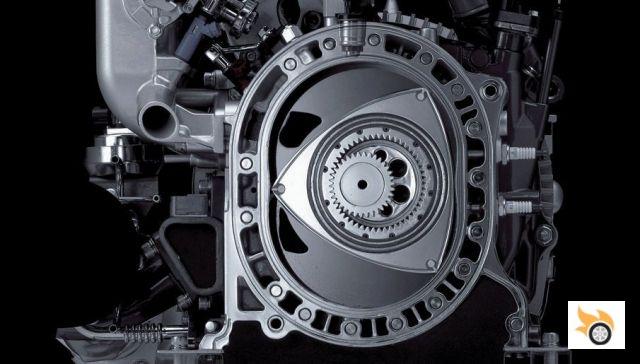 By design, the rotary engine needs more lubrication, the oil consumption is a little higher than normal, and of course... the oil that is consumed is being burned: it doesn't help to reduce emissions. Mazda RX-8 fuel consumption was high... in Europe, but not in Japan. The European RX-8s had a richer injection map, to meet Euro 4 standards. The next standard, Euro 5, could no longer meet it, so it ceased marketing early in these parts.


Not only that, the lubrication in the first few minutes was less effective precisely to keep emissions at bay, so you had to be more careful with the cold treads. If an RX model comes out again, say the RX-9, Mazda has to make sure it's Euro 6c (2017) compliant. The engineers have to keep racking their brains to keep the pollutants within what is tolerated by our legislation. This is not yet resolved, but the engineers still have time. Remember that in 2017 the homologation will be done with emissions data measured outside the laboratory.

Mazda has not given a release date for the future model, at the moment it is only a prototype. It is commendable that a small manufacturer still keeps the Wankel. It has much more merit than Porsche making boxer engines. The Japanese are going in the right direction and they won't stop until they get a SKYACTIV-R that is environmentally correct, and still thrills as many lucky drivers. 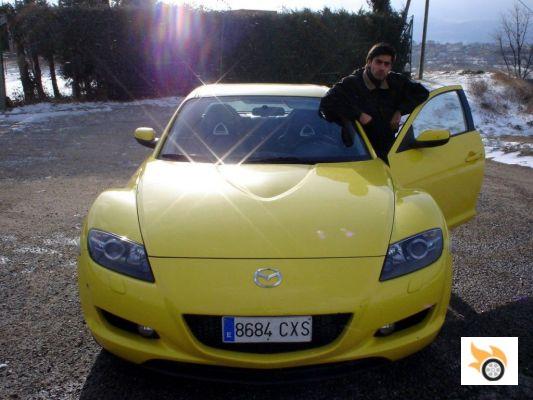 I know, I look like hell, but I didn't meet my stylist that day.


It's been almost 11 years since I've driven an RX-8, my press unit I've only had for four days, and on icy roads. I had as much fun with it as I could, it was gas at about 90 cents a liter and I remember smoking 40 euros as long as the loaner lasted. I remember driving it as if I'd paid it back on Friday. And to say that, having driven over 400 cars, seems significant to me to say the least. I wish I could have owned (and maintained) one.....

Thanks, Mazda, I'll be able to keep dreaming... Maybe with the mid-life crisis I can treat myself to a RX with a rotary engine.

This is how PSA measures the real fuel consumption of its cars. ❯