This is how PSA measures the real fuel consumption of its cars.

Considering this, and after that earthquake called Dieselgate that has shaken the foundations of the automotive industry, a few manufacturers, such as PSA, have set to work to regain the credibility of consumers in the data they offer. The French group felt dejected after the results of the Transport & Environment studies, and in an unprecedented move, PSA allied with its "enemy" to offer realistic and credible consumption to the consumer.

This is why today we are going to explain the methodology used by PSA, and which they want to make global in the industry, to measure their consumption in the real world. The cars go out on the road, there's no catch. However, the wide variability of the factors makes it difficult to compare these measurements, as in the laboratory the rules were always the same. 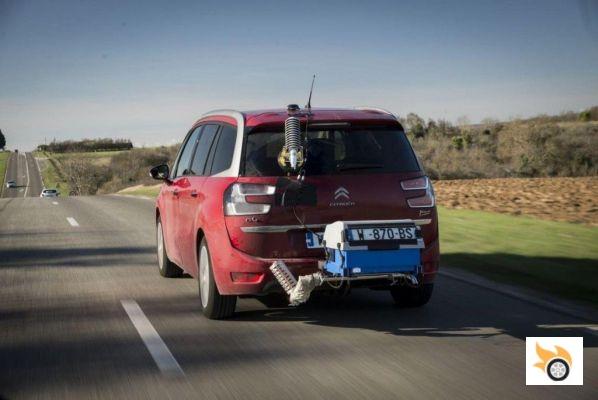 As in any scientific experiment, the results must be reproducible as long as the conditions are the same. PSA and its partners have therefore carried out a measurement methodology on real roads, with real drivers, but making sure that the results can be standardised. As you will understand, this is quite complicated, as consumption is sensitive to environmental conditions, road conditions and the way you drive. Even so, the method is sufficiently well done to be able to normalize all these conditions so that the results are comparable. The three parts of the methodology deal with who performs the test, how it is performed and what data is collected.

To begin with, we have three key players in this methodology, to avoid the temptation to cheat:

There are three steps in the test:


Each step will be discussed in detail later. During the road test according to the "NOx Real Drive Emmisions" regulation (100 km route with 25% city, 43% highway and 32% motorway) the following data is collected: 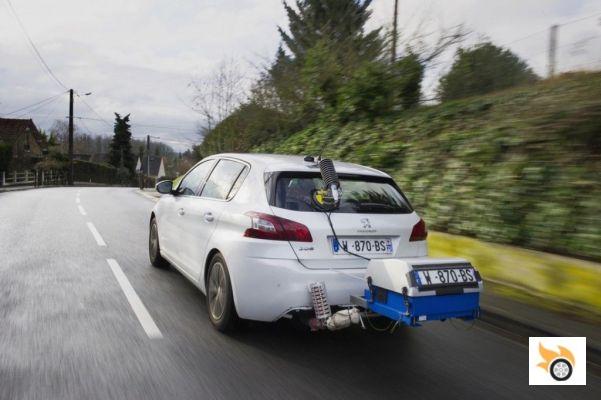 Now that we have seen the broad outline of the methodology, let's take a closer look at the test itself.

Naturally, the manufacturer will choose which models they wish to carry out the fuel consumption test on. Once selected, it will communicate this to the certifying body and the latter will rent the specific model. If the model in question is not yet available on the market, the manufacturer will provide a pre-series vehicle for testing. To check that everything is correct and that there was no trickery with the pre-series model, once it goes on sale, the certifier will take the same model and test it again, to check that everything is the same as in the pre-series model. The chosen cars must have between 1,000 km and 20,000 km, and have the corresponding maintenance carried out according to the manufacturer (if applicable).


The manufacturer will then be responsible for placing all the measuring devices in the rear of the car: weather station, GPS and PEMS (Portable Emissions Measurement System), which will be responsible for measuring exhaust gases; and for checking the battery, oil level, tyre pressure and fuel level. By the way, the fuel used will be the one found in any gas station.

Once all this is done, the certifying body will seal the bonnet, the OBDII connector, the tyre valves and a nut on each wheel, to avoid temptation.

As mentioned above, the test is based on the "NOx Real Drive Emmisions" regulation with 100 km of mixed driving, 25% city, 43% highway and 32% motorway. Since it is about real measurements, the drivers cannot be professionals. They must be normal drivers, and at least two different ones will be used for each test and the only thing they will have to do is drive, respecting the speed limits of each road. In terms of weather, for the test to be valid, the temperature must be between 5 and 30 degrees, the humidity must be less than 95% and there will be no severe weather alerts.

After the test, another road test will be carried out to verify the calibration of the measuring elements and the vehicle will be weighed.

As we can see, no laboratory, but real roads to ensure maximum correlation between the tests and the real world. 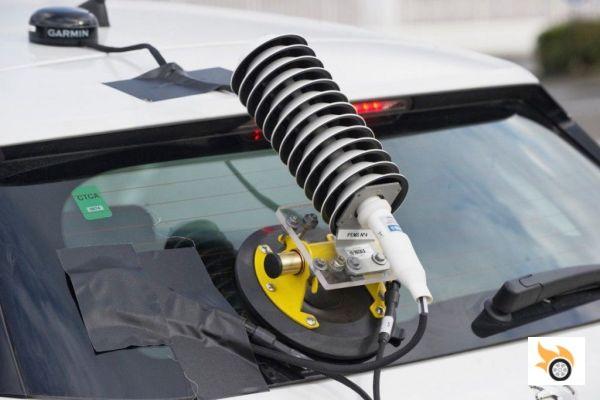 Now that we have the measurements we have taken on the road, it is time to process the large amount of data collected. First of all, we must check if the test is representative, that is, that there have not been any extraordinary circumstances that have altered the test, such as that there has not been any regeneration of the particulate filter (as this increases consumption), that the PEMS is calibrated and its measurements are correct, and that the speed and acceleration are within the parameters of an average driver. If all this is fulfilled, the test is representative and therefore your data is taken into account.


But we cannot yet calculate the consumption. It is necessary to normalize the data according to the WLTP test (Worldwide harmonized Light vehicles Test Procedures), a test that emerged in 2015 to unify the different consumption test cycles such as NEDC in Europe, the EPA tests in the USA or the JC08 in Japan. To do this, mathematical formulas are used to correct for weather conditions, mass, particulate filter regeneration (which increases consumption) and the added aerodynamic resistance of the PEMS equipment, thanks to the Coast-Down test mentioned above. For example, if a test has been carried out at 25 ºC and with a headwind of 50 km/h, we will not have the same result as at 10 ºC and with a headwind, where consumption will be lower. That is why it is important to normalize the data to the test conditions set by the WLTP standard, in order to obtain comparable data, independent of the specific conditions of the test carried out.

Once the normalisation process has been carried out, et voilà, we can calculate the fuel consumption. Depending on the fuel used (petrol E10 or diesel B7), the conversion from CO2 to l/100 km is carried out by means of a simple mathematical calculation.

PSA will make all this data available on its website in order to be able to inform consumers more precisely about the consumption of their vehicles depending on the conditions in which they are used. So far, 30 models have been tested, both petrol and diesel. 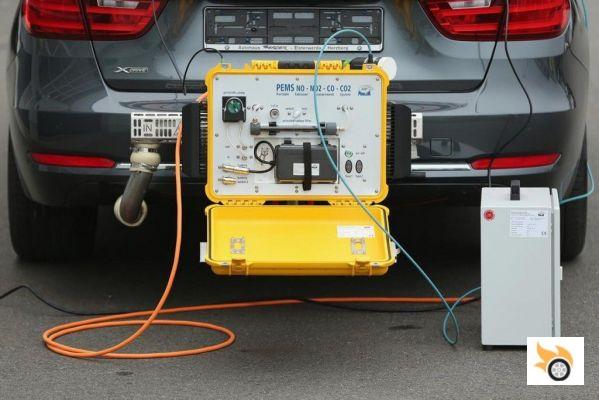 As we have seen, it seems a serious enough method to yield data very close to reality, supervised by different entities, and carried out under standardized conditions. After thinking about it for a while, some questions come to mind:

Couldn't consumption measurements have been made with this method much earlier?

Didn't any legislator realise that the homologation data were impossible to obtain?

Wouldn't it be better to do the fuel consumption tests with more cars and more drivers, during the thousands of kilometres pre-series tests, in order to have a more reliable average?

In any case, any improvement to bring the theoretical fuel consumption data closer to the real ones -and avoid cheating- should be welcomed, even if the countdown to electrification has started.

This is how intelligent traction control works ❯

add a comment of This is how PSA measures the real fuel consumption of its cars.