The quality of functionalist design, or why the Golf is so highly continuist

The Golf has once again turned out to be a copy of itself. Improved. With more technology. More efficient and safer. But the Golf is still exactly that: a Golf. And while you'd be able to tell its last three generations apart at a glance, it's undeniable that there's hardly been any serious evolution in its image DNA.

But are our criticisms reasonable - is the Golf a "quality" design, or does it demonstrate Volkswagen's lack of innovation and ideas? We're going to write an opinion piece on the subject, looking at the various strands of current automotive design in depth.

The new Golf is the result of the industrial design trend of functionalism, and under its criteria, it is a success.

To be able to talk about good design, and to do it properly, let's try to be objective, and go beyond the "I like it or I don't like it". Volkswagen is a German company, and the German spirit is basically the essence of all its design language, for all its products.

All Volkswagen's products (and Audi's, although we'll talk about that another day if you want), breathe what we could call Dieter Rams' design culture. Mr. Rams was head of design at Braun, the German small household appliance company, for a good handful of years.

Rams is one of the great supporters of the "functionalist" design trend, where functionality is above all other aspects of design. His figure is so elongated that his design principles are studied in any school of industrial or architectural design.

Rams promulgated ten questions to assess whether one of his designs was good. Questions that we can extrapolate to practically any consumer product:


There are two more corollaries for Rams, which are the hatred and contempt for programmed obsolescence (creating a product designed to age in a programmed way), and long-term sustainable development.


By now you will have noticed that there is a clear association between Rams' design principles and the design principles of Volkswagen and the VAG Group in general. For Volkswagen, even if they don't openly confirm it, Dieter Rams and Functionalism are religion in each of their new designs and their new products. 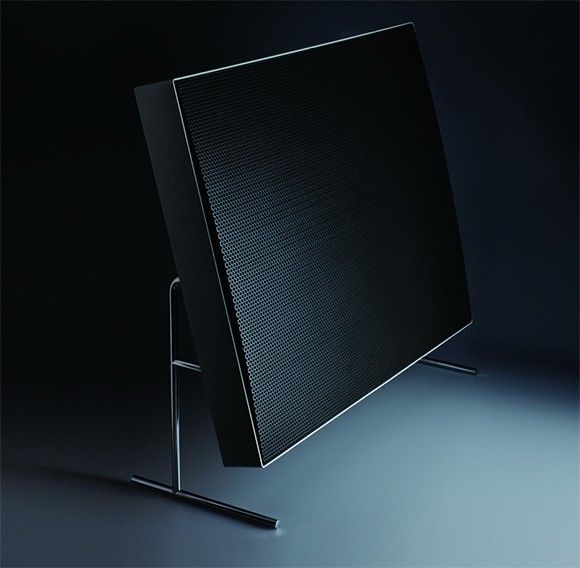 The Bosch LE1 loudspeaker designed by Dieter Rams is a good example of his "religion" of less is more.

If we apply Rams' analysis to the design of the Volkswagen Golf, we discover a product designed to last over time. The seventh generation is born as the evolution of the previous six, and with the aim of not generating obsolescence, does not break with the previous aesthetics, so as not to "make old" the previous models.

The new Golf is purity of design in itself, reduction of the same, minimalism, attention to detail (just look at the work of the optical groups, for example). The innovation comes from the technical improvement applied to it. Details such as the fact that the wheels are better flush with the wings, that there are fewer overhangs, or that there is a loss of height are a response to the improvement in technology in recent years.

The Golf drinks from Rams' idea of not creating obsolescence, but evolution.

The Golf is pure functionalism, with purity of form, honesty, and attention to detail, but without wanting to draw attention to the product itself.

The visual elements are reduced to a minimum, to maintain honesty and discretion, limited to a line of style that tightens the forms at the height of the door handles, and reinforces the predominant horizontal language in the design of the Golf, which increasingly seeks that uniform "monobody" form, which respects the language of a hatchback and reconverts it into minimalism.


If we evaluate it with respect to Rams' classification, therefore, we can say that the aesthetic design of the Golf is "good design", it is "a quality design", as it complies with all the precepts of Functionalism.

And if this trend of functionalist, honest and minimalist design sounds familiar to you, it's because you're already seeing it applied to other big brands that are having success with it. Because Apple is another of the companies that is betting the most on applying what the designer from Braun promulgated in the fifties and sixties. Minimalism as an aesthetic culture at the beginning of the 21st century, we could say. A new generation of products that do not attract attention for their own sake, but for their simplicity and continuity.

One day, Volkswagen commented in a press conference that they can afford to apply good design to the Golf, and evolve it from a known form, because the Golf is a success, a car with an identity, which is enough to stay on the technological crest with renovations that do not change its fundamental DNA, to maintain the level of sales, and remain the reference. The others, Volkswagen said, can't do that, and have to constantly reinvent themselves because they don't have that "ideal" product, that product with a strong character of its own, on which to evolve, so they have to revolutionize themselves again and again and again, breaking the mould, but at the same time creating short-lived trends, and polarizing opinion.

But one thing is that I, on a personal and professional level, can recognize the Volkswagen Golf as a good design product, framed within the functionalist identity and within its German origin, and another thing is that it is a car that arouses passion or emotion in me.

And like any trend, functionalism has its defenders, but also its detractors. While functionalism is a successful way of designing industrial products where the value of the product is in the user experience, and the ability to perform the task expected of it without drawing attention to its own design, there is a faction of people, the pure lovers of the motor world, who see cars as works of art.

And by the very definition of functionalism, a product designed under its premises cannot be a work of art. For those who seek "design for design's sake", art in the form of an industrial product such as a car, the parameters of Mr. Rams, who is a genius, are not valid. 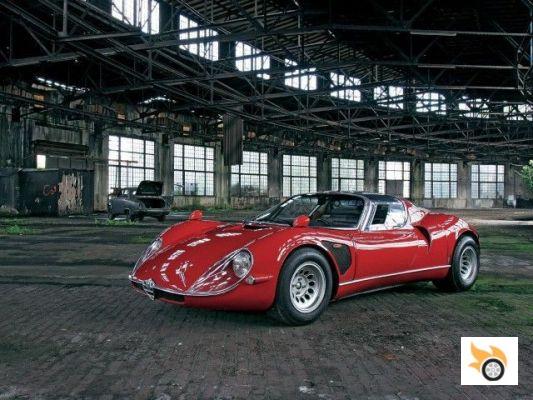 The Alfa Romeo 33 Stradale is a good example of a work of art on wheels, which questions the principles of functionalism, offering "design for design's sake".

It is then when another more Latin and passionate tendency to create products appears. The one whose cradle is in Italy, where colour floods everything, and where inspiration is sought in sensual shapes to create visual sensations beyond the use of the product itself. And when you look at an Alfa Romeo 33 Stradale, simply laying your eyes on its shapes excites you, provokes you, and creates sensations in you beyond the rational. Maybe then, when you drive it, its performance doesn't match the visual emotions. Maybe it doesn't run, or maybe its forms don't respect pure functionality, but it's the madness of the passionate design, of the Latin character, that differentiates this trend from pure and hard functionalism.

Therein lies probably the great dichotomy of good design, in defining both tendencies as good design. Because we cannot deny the validity of Rams' 10-point decalogue, but neither can we deny the beauty, sumptuousness and quality of passionate design, where forms have their own identity, even if this has no other use than to regale our senses.

There are several trends in current design, and all of them can be valid. It is not a question of arguing about the quality of functionalist design, or the need for passion in the shapes of vehicles, but rather of knowing how to determine what it is that one is really interested in buying.

Could we then divide all car designs between functionalism and passion? Probably, but that is not my personal ambition. Dividing and separating has never been a good idea. Beyond black and white there is a world of shades of grey where the vast majority of us find ourselves. Maybe the key to respect and understand the designs of each manufacturer is to understand the reason for their essence, and what drives them to be the way they are.

Finally, a clear note of reverence. To those who criticize and insult Walter de Silva for his work at Volkswagen, I bow to his genius. De Silva has been able to grasp what makes Alfa Romeo different from Audi or Volkswagen. He arrived in Germany full of Latin passion, but there he saw that what was needed was a design "based on Rams principles", and he knew how to reinvent himself, adapt and succeed in a trend he had never explored before.

The key to Walter de Silva's success is that he has been able to adapt his work to what each company requires because of its DNA.

De Silva has gone from the love of "form for form's sake" (156 or 147) to honest, minimalist and discreet design. Something that very few professionals would have been able to do.

Personal corollary: Personally I prefer passionate design for cars to functionalist design, but that's something personal, something that you will have to evaluate yourself by looking inside yourself.

The EDC dual-clutch automatic gearbox arrives on the Twingo ❯

add a comment of The quality of functionalist design, or why the Golf is so highly continuist