As an engineer, if you gave me a blank sheet of paper and asked me to draw a front-wheel drive racing car with a utility body, I would make many choices in line with those that a multifaceted and famed model from a few decades ago already counted on. But before we reveal our protagonist to you, let's consider what technical solutions he would choose.

For starters, we don't want a heavy engine hanging in front of the front axle, or just above it. The ideal is to place it in a front-central position, i.e. behind the front axle. We would place it longitudinally to delay more, if possible, the center of gravity of the propeller, and bring it as close as possible to the center of gravity of the vehicle, in search of a very low polar moment of inertia.

Placed in this way we would have to place the gearbox extended longitudinally forward, in transaxle position, with the differential output centered on the axle. The front suspension would be multi-link, and to help keep the nose low, gain adjustment possibilities, and transfer loads to the monocoque in its central part, it would probably opt for torsion bars, which also lowers the center of gravity.

I would try not to take the exhaust line all the way to the rear, as this way I could free up the rear to use it for aerodynamic functions, such as a diffuser.

Ideally, the rear end would also be multi-link, and the engine would prefer a four-cylinder boxer to cut length and lower the height of the center of gravity. But these two points are, in a way, secondary.

After thinking about all these aspects for 200 boring kilometers on the highway I realized that, with the exception of the multi-link rear axle and the boxer engine, there was a sport utility vehicle that, a lot of years ago, had already applied this great formula. Can you guess which one it is? 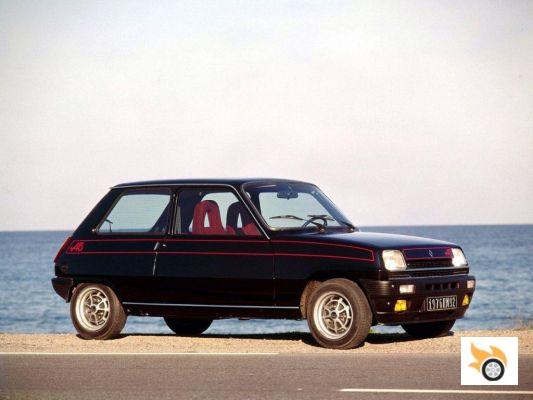 Prize for those of you who guessed that I was talking about the Renault 5 Alpine and the Renault 5 Alpine Turbo. These two French "little guys" had, technically speaking, one of the best bases for building front-wheel drive sports cars. Their design, derived from the Renault 4, in turn inspired by the Citroën Traction Avant, represented the highest point of how this layout could be applied to a car "within reach of all budgets", utilitarian, and sporty.

Unlike the hitherto successful and sporty MINI, the French model had the engine "long", placed behind the axle, which improved its behavior in quick changes of direction. The front wheels were better on the tarmac, with more suspension travel and geometry controlled to the millimetre thanks to two superimposed wishbones, and the suspension work was carried out by torsion bars. 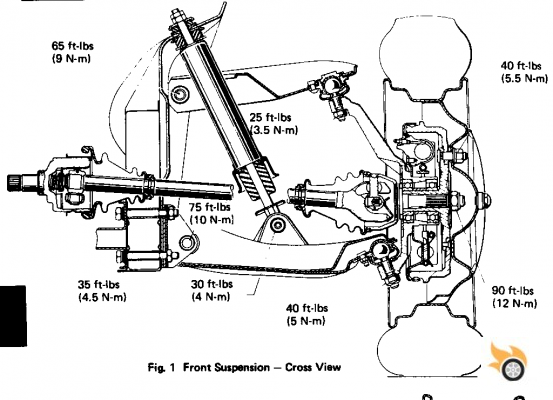 Double wishbone suspension and longitudinal torsion bars for the R5

The first generation of the "five", however, did not take full advantage of this technical platform. It had design flaws, such as fitting a positive scrub (scrub is the distance in projection between the intersection of the steering axis of each stub axle with the ground and the centre of the tyre footprint). Having a positive scurb implies that all the irregularities the tyre encounters push the tyre to pull the car "out". Cars like the Golf would demonstrate a few years later the benefits of a negative scrub on front wheel drive cars.


Almost all cars with McPherson front suspension, like the Golf, have a negative scrub, but this tends to wear the wheels faster, while increasing the effort needed to move the steering. Renault opted, thanks to the independent suspension, for a positive scurb, with advantages such as less load on the steering wheel when turning it (important in a car without power steering), and better use of space, multiplied by the torsion bar, which allowed a lower centre of gravity and a larger cabin. But the "five" was more nervous because of this, and in case of flat or punctured tyres, it is not as easy to control or as stable as with this negative value.

A car with different battles on the left and right? Yes

Another problem with the R5 was that the wheelbase on the right side was not the same as on the left side, as the rear torsion bars were placed transversely, one parallel to the other, forcing this solution, already seen in the Renault 4, with which it shared most of the engineering ideas. This meant that the car was not exactly the same in curves to one side and the other, or more complicated, in hard braking in curves. Who came up with this?

As if all this wasn't enough, there was the problem of gear selection. In a world before cable gearboxes, which allowed the lever to be positioned wherever the manufacturer wanted, Renault had to find a way to make a linkage that would transfer the lever movements to the gearbox, which was located in front of the engine, and that was madness. If one of the joints wasn't perfectly adjusted, gear shifting became complicated and imprecise. And that happened all too often.


But beyond specific technicalities, the R5 Alpine and the R5 Alpine Turbo (be careful, don't confuse this car with the Supercinco GT Turbo), were "sporty" three-door utility cars, the best dynamically speaking of their segment and era for agility and cornering. And that the pusher engine was not state of the art technology. Even the turbo variant, with carburetion and without the possibility of mounting a heat exchanger for the intake air once compressed, as it already had the gasoline mixture inserted, represented a technical advance for the time.

But then, why was this technological base abandoned?

The best idea of the engineers and technicians is not always the best idea to market the vehicle. The transverse engine with the gearbox positioned to one side, and the off-centre differential were gaining ground in the industry at breakneck speed. The benefits were that they took up much less space, offering a more compact solution compared to the longitudinal engine, which left gaps on the sides of the engine with no apparent use. 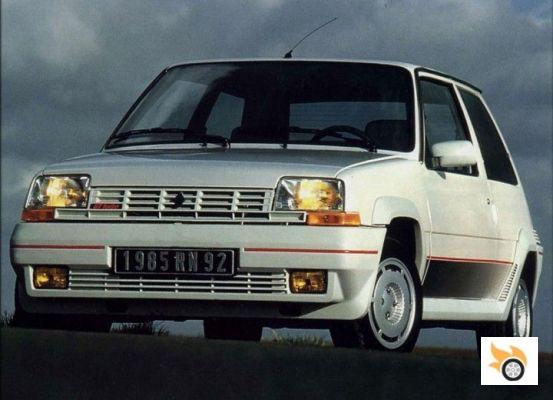 The Supercinco switched to transverse engine and McPherson struts, abandoning a good idea.

In addition, standardizing production to have larger cabins, in exchange for compacting the front of the car, and being able to use front subframes with cradles and modular engines invited to move to this concept that now dominates the market.

Therefore, when Renault developed the Supercinco (which aesthetically resembled the original five, but whose technical base had nothing to do with it), it decided to abandon its concept and move to what is already "normal" today.

It would be nice to see a manufacturer take a risk, and dare, again, to make a mid-engine front-wheel drive front-wheel drive car, boxer, if possible, to try to conquer the market for utilities and sport utilities, but I have a feeling that economies of scale will prevent us from seeing this dream fulfilled.

Because, as with the Porsche 911, we have reached such a level of technological perfection that a technical base that is by far not the best from a dynamic point of view, is so successful that practically 99.95% of drivers do not need or want something better, more agile or more dynamic.

We could have "better cars" front-wheel drive at the cost of 5% of longitudinal space in the passenger compartment, but the priorities of the average customer, the one that makes the sale of cars profitable, are such that it would not have a place in the market.