The Citroën Dyane celebrates half a century

To understand the history of the Dyane, you have to start by talking about its popular predecessor, the Citroën 2CV. The brilliant utility car began development just before World War II, but the project was kept secret during the occupation of France by Nazi Germany, as the French were afraid that the Germans would get hold of their idea. Once the war was over, Citroën went ahead with the development of the 2CV and in 1948 presented the revolutionary model.

The 2CV was developed with the aim of being a basic and economical car, but at the same time, should be able to accommodate four adults, offer a large trunk, and be able to drive on rough roads and unpaved roads. Its front-wheel drive and its revolutionary suspension, very soft, long travel and equipped with large diameter wheels were a radical departure from the cars in its segment at the time: Renault 4CV, VW Käfer (Beetle), Fiat Nuova 500 and 600 ..., all with architecture "all back".

In addition, Citroën set itself the goal of keeping the fiscal power below 2CV - which eventually became its name - as this meant advantages in France, which required a very light design, weighing less than 600 kg.

In the neighboring country, the 2CV was a phenomenon, but also, was manufactured in many countries, including Spain, leaving the assembly lines a total of 3,872,583 2CV saloon, and 1,246,306 of the -also very popular- van. The popular 2CV went down in history for its practicality, comfort and friendliness, but it also deserves to be remembered for being the first "popular" front-wheel drive car produced in large series, marking a before and after in the design of cars in its segment.

Renault took good note of the idea, and in 1961 replaced his "all back" 4CV by the Renault 4, a car that copied and improved the formula of the 2CV, with a body with more robust shapes and finishes, a practical tailgate that made it an even more versatile car, and a slightly more powerful engine. The Renault 4 soon overtook the 2CV in the market, and sales of the venerable 2CV began to suffer... 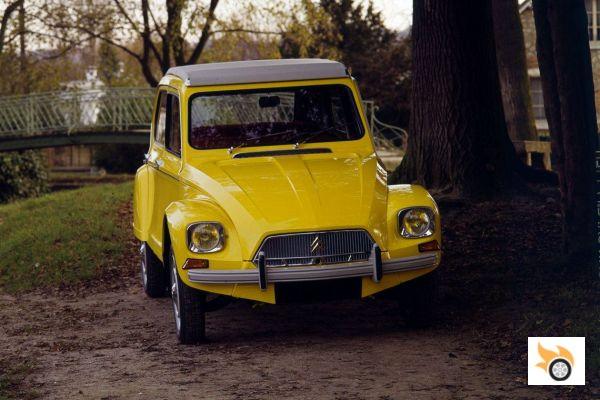 Birth of the Dyane

It was clear that the "old" 2CV was at a disadvantage against the new Renault 4, it was necessary to counter with a model that was at the height of the Renault model, but on the other hand, Citroën already had in its range the Ami 8, a model one step above the 2CV and Renault 4. In that complicated context, Pierre Bercot himself - then president of Citroën - drew up the requirements for the new car:

At the time, Citroën's engineering team was busy designing what was to be the revolutionary GS and the restyling of the DS, so the French carmaker subcontracted the design work to Panhard et Levassor (a firm that was soon absorbed by Citroën) with Louis Bionier in charge of the project. However, the project did not convince Robert Opron - Citroën's design director - who commissioned Jacques Charreton to refine it, giving it its final appearance. 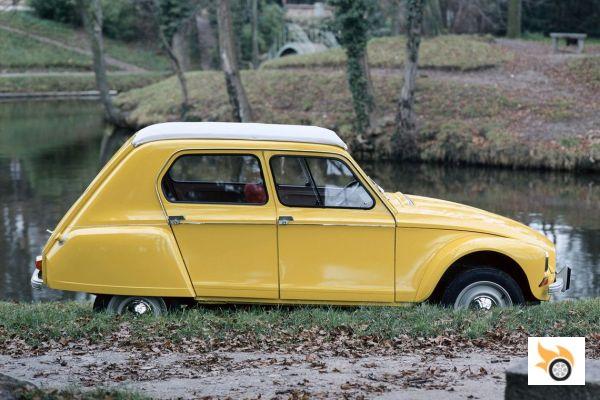 On the design side, it is interesting to note that the Dyane's curious concave doors were the idea of Flaminio Bertoni - who had recently left the company - and serve to add rigidity without increasing width. The normal thing would have been to bulge them outwards, but the new model could not be wider than the 2CV, as it would not have passed through some points of the production line.


The choice of name is rather curious, as when Citroën bought Panhard, it also took over the brand rights to names it had already registered, such as Dyna, Dynavia, Dynamic... and Dyane.

The prismatic design of the Dyane updated the proportions of the 2CV with a new language and more modern details, integrating the optical groups, but the DNA of the 2CV was evident. It could not be otherwise, since they shared an almost identical chassis, engine, and numerous auxiliary elements, not to mention manufacturing line and many assembly tools. One could almost speak of a deep restyling, and the curious thing is that Citroën decided to keep the 2CV in production as well. 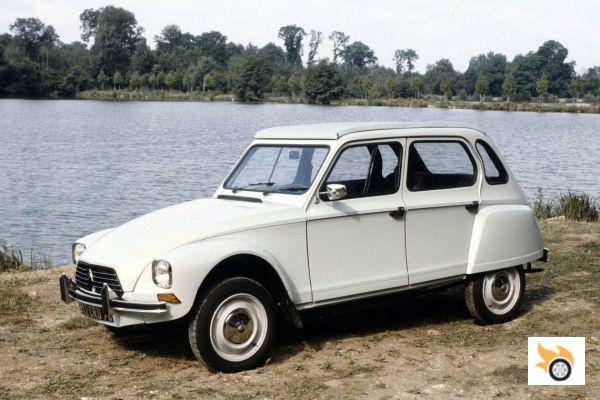 Surprisingly, the Dyane was launched without a third side window, a window that had already been added to the 2CV at the time, and the car suffered a lot of criticism for it, limiting rear visibility, so it soon changed its design, adding it. Paradoxically, the Spanish Dyane 6 still took a couple of years to add it...

In terms of chassis and mechanics, the Dyane used the chassis of the 2CV with very few modifications, although some hydraulic dampers served to limit a little the typical wobbles of the 2CV. The Dyane engine was taken as it was from the 2CV, a twin-cylinder 425 cc, and in January 1968 was added a variant of 3 CV and 602 cc fiscal called Dyane D6. This was the one that was marketed in Spain as Dyane 6. One of the curiosities of the Dyane 6 was the option of centrifugal clutch, a clutch that allowed braking without depressing the clutch -and without the car stalling-, and put first without depressing the clutch, starting smoothly and without risk of stalling.


Was the Dyane a success or a failure?

Well, depending on how you look at it. Compared to its rival, the Renault 4, the Dyane never really stood out, and was discontinued in 1983, while its rival, the Renault 4, remained in production until 1992. Even its parent, the 2CV, outlived it, being produced until 1990. However, the car achieved some success and 1,422,583 Dyane were produced. Always in the shadow of the iconic 2CV, the Dyane has been for many years a forgotten car, which was only bought as a donor of parts to restore 2CVs, but for some years now it seems that the Dyane is starting to be recognized little by little, and quite a few are starting to restore them, and actually, the car deserves it. 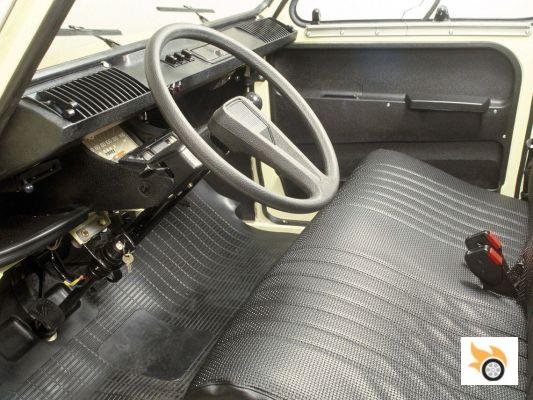 Its curious suspension, its big wheels, its lightness... the Dyane is a car easy to drive and with an incredible stability and cornering, moreover, it is a car that adapts extraordinarily well to bad surfaces, being able to drive on very broken tracks without any problems. The steering -without assistance- is very communicative, and the brakes are quite good. As for the engine, the car is famous for its lack of power. The truth is that its long gear ratios and heavy flywheel allow it to run at its top speed of 80-100 km/h without flinching. What's more, it can do more than a few stunts that other front-wheel drive cars couldn't even imitate.

The problem comes when we face uphill, and the poor weight/power ratio makes it necessary to downshift to third -at that time, cars had four gears- and even to second gear. But it wasn't a drama either, because in the downhill it was possible to recover the lost time. It was one of those cars with character, which needed the driver to adapt to it, taking advantage of its excellent stability and launching at full speed on the downhills and thus undertake the climbs at the maximum possible speed, knowing that we would be losing pace as the road was steepening.

It was an experience that many people are still hooked on. It comes to my mind that being a kid and traveling in the Dyane 6 of a relative, we had to get off a few of us before a very strong slope of the road ... Perhaps today we are too used to "aseptic" cars and almost perfect, and remember the Dyane, its peculiarity, its character, its sound, its simplicity, its robustness ... 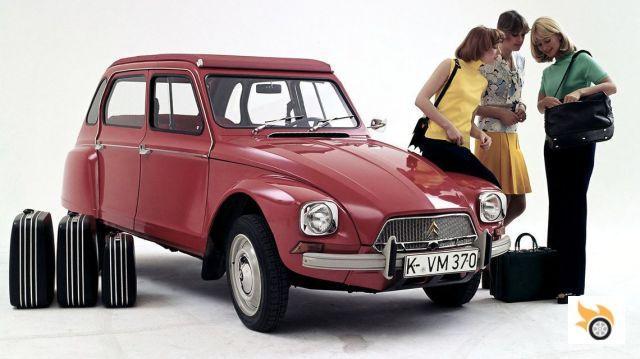 Long live the Dyane and cars with character and for charming people!

Citroën C5, a sedan with a difference ❯

add a comment of The Citroën Dyane celebrates half a century