But before we go any further, we have to go back a few years. October 1973 was the beginning of the oil crisis, when Israel defeated the Arab countries that attacked during Yom Kippur, a holy day for the Jews. OPEC did not forgive the allies of the Hebrews for supporting their great enemy, so they cut off part of the crude oil supply and the prices of a barrel of oil multiplied by up to four times.

In 1974 the National Maximum Speed Law (NMSL) was born.

The United States, like so many other countries that depended too much on oil, decided to cut consumption by the skin of its teeth, imposing a federal speed limit (for all states) at 55 miles per hour. That lasted until 1987, when the limit was raised to 65 miles per hour, or 105 km/h. Not all states raised the limit, and stayed at the 55-mile cap. Ultimately, the maximum was voluntary downward, not upward. The following chart illustrates the situation in 1993: 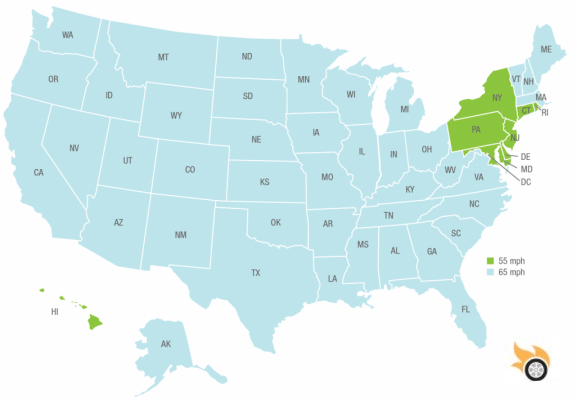 In the following decade, during Bill Clinton's term, and with the specter of the oil shocks well behind us, the NMSL was repealed, from which point the states could impose whatever limit they saw fit. That happened in 1995. The IIHS has done a thorough statistical analysis of the data since 1993 to see how the limits affect the accident rate.

The maximum limit applies to rural highways, not urban highways, which have been limited to 55 mph since 1987.

Data from 41 states have been counted, as the rest have unreliable figures due to fluctuations. Note that the federal statistics themselves show that there was little enforcement of the 55 mph limit by either drivers or police. Some states were issuing $5 speeding tickets!!!! That and nothing is the same.


In 1999 a first study was published by the IIHS, stating that after the national limit was raised from 55 mph to 65 mph road deaths increased, and increased more in 1995 when the open bar was opened, by 15%. The latest study was done considering distance travelled, alcohol consumption per head, young drivers involved, etc. In other words, it doesn't look like an exercise in statistical manipulation. Look at the graph: 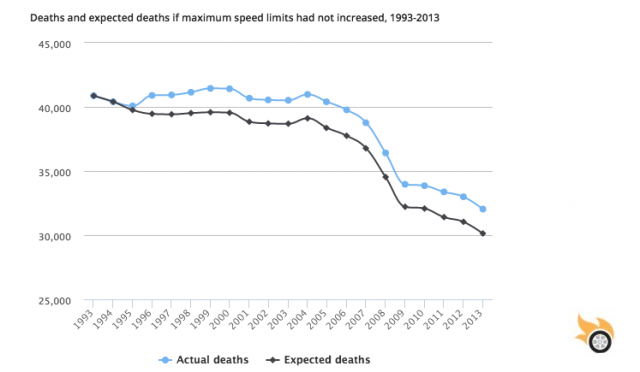 In theory, the black series illustrates what the drop in accidents would have been had the limits not been raised from 65 mph. Note that airbags became mandatory for new models in 1998, although neither ABS nor ESP became mandatory until 2011. There are more technological factors associated with downsizing than with the American mindset.

Also striking is the slowdown in the reduction of the accident rate after 2008. It can be explained by multiple phenomena, such as the economic crisis, or the emergence of smartphones as the kings of distraction on board. Let everyone see what they want to see.

Spain is not Germany, nor is the United States Germany. High or no speed limits work better in some societies than in others, in the same way that in Switzerland you can have fruit stands without a cashier or cameras, and in Spain that is not a viable business model. These data prove right those who think that speed restriction saves lives, such as those we have at the helm of the DGT. 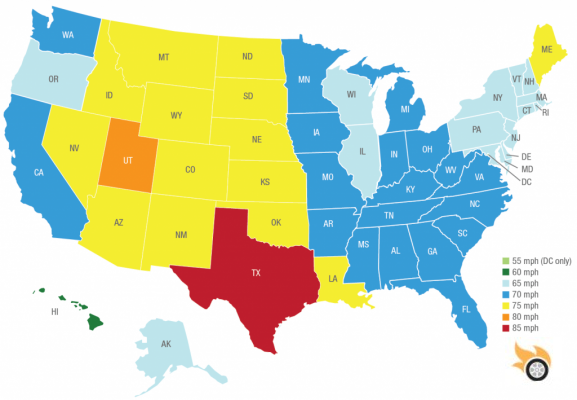 Personally, I am convinced that raising the limits increases the accident rate if it is not accompanied by a proper road safety education policy. Without properly trained drivers, it is not the same to go at 100 than at 140, nor at 120 than at 140, and that in kilometres per hour. In the state of Texas the limit is 85 mph, that is, 137 km/h.


With the same road training, the same machine and the same road conditions, speed increases the accident rate. According to the IIHS study, with data from that country, every 5 miles/hour more means 4% more deaths per year. In 2013 alone there were 1,900 additional deaths -according to the study- which is equivalent to all the people saved by the front airbag that year.

The data counts up to 2013. Since then there are states that have raised their limits from 65 mph to 70 mph, and from 75 mph to 80 mph. Fatalities are decreasing in recent years, but that's more thanks to cars and the undisputed technical evolution. What's more, safety is given more importance in the American market than in Europe. Cars that pass EuroNCAP with 5 stars can make crumbs in the small overlap of the IIHS, with a 25% overlap against a non-deformable barrier, compared to the usual 40%. 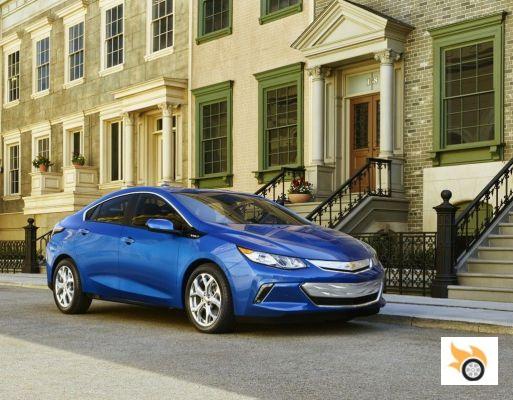 Is 33,000 people in 20 years a lot? That's an average of 1,650 people a year, in a country with a population of over 300 million. From a cold-as-steel point of view we can consider it a very "acceptable" human toll for the sake of progress, or that liberty should prevail over security. Thomas Jefferson (third president and one of the fathers of the nation) said that the tree of liberty must often be watered with the blood of patriots and tyrants.

What would happen in Spain if we went back to the generic 130 km/h limit? The way the statistics are going, with very typical reductions in accidents, we could have an undesirable comeback. But if they were increased to 140 or 150, which is at least minimally reasonable considering the technical advances in cars - at least since 2004 models - the fatalities would increase FOR SURE.

When you have driven around Germany enough you are able to understand why their system works there, and here it would not. It's a cultural thing, not to mention a much more efficient emergency medical system, and a car fleet that is younger and generally quite a bit more cared for than ours. That's what the numbers say, but what do you think about it?

Electricity on board, from the alternator to the electric car (II) ❯

Add a comment from Raising US speed limits cost 33,000 lives in 20 years

96%
We have been able to give 96% of times, the solutions that users were looking for when consulting our page.