"Radars" that fine you for not wearing your seatbelt, what a great idea!

Anyone who understands a modicum of vehicle safety will be convinced that the seat belt is the best life saver there is, both front and rear - ahem, you get my drift - for any type of passenger. Infants and children under 12 have their equivalent, child restraint systems (CRS), but the purpose is the same: to prevent passengers from being thrown out of the vehicle or being injured by hitting the inside of the vehicle.

Something so basic is still not catching on with some people, less and less, and Darwin has the answer: they are becoming extinct. With the exception of those who do not have seat belts installed (because it is a very old model) or those who do not use it for medical prescription, there are no excuses. Neither taxi drivers, nor policemen, nor ambulance staff (not including those who are attending to the injured person in the back); we are all subject to the dictatorship of the laws of physics. 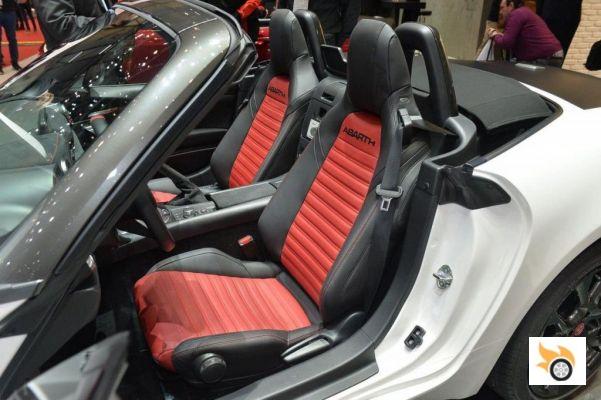 These cameras that the DGT has installed are not - technically speaking - radars (they do not use radio waves to detect objects), they have the purpose of packing with 200 euros and three points to the renegades who do not fasten their seat belts on extra-urban roads. Sixty percent are on two-way roads, the rest on high-capacity roads. I think it's a great idea, as long as it doesn't generate false positives (belt band in the same colour as clothing, poor visibility and blurred image...) and drivers of historic vehicles don't start getting fried with fines.

Last year, 23% of those killed in passenger cars or light VIs on extra-urban roads were not wearing their seat belts, 159 people.

The amount of the penalty is not too dissuasive, it should cost 10 times more, since the cost to society of an "uprooted" easily exceeds 2,000 euros: loss of earnings, ambulances, hospitalization, possible traffic jams, burials ... not to mention sentimental damages, by definition incalculable. When they began to lose points for not using the belt its use improved substantially, and is one of the great successes of the points license: you can believe in it, or not, but you're going to fasten it by bearings.


The debate about whether or not it's revenue is completely sterile and unnecessary, unless there are massive appeals to be made for false positives. No, it's not about raising money, it's about saving lives, even if it's people who despise their own or don't value it. We all know the knucklehead who waits for the seatbelt light to go off or a loud bawl to make him or her buckle into the seat. And, unfortunately, there is still a lot to be done. I know a great many people, including reputable motoring journalists, who, when they travel in a bus or a van, it is as if they were travelling in a vehicle that does not comply with the laws of physics.

When travelling in a bus with seat belts, which have been compulsory on intercity buses for the last decade, their use is also compulsory. The penalty is always for the passenger, never for the driver. I remember what a late relative of mine used to say: "either rice pudding or two with cakes", which can be translated as either you buckle up by hook or by crook. Technology allows it to be the hard way. It takes years giving the coñazo with its usefulness, its necessity, and its effectiveness. It's a debate that's more than outdated. Not buckling up in case there's a fire is an argument as stale as white wigs in the Enlightenment.

In about 1% of the vehicles checked in the testing phase, drivers without seat belts have been detected. That's a very small percentage, but it's still a lot of people.

In the first phase these cameras will not issue fines, but warning letters. After the first month, they will issue fines. Their number will soon rise to 277, and if it were up to me, it would be thousands. Exceeding the speed limit by a few kilometres per hour may be absolutely harmless, but driving without a seatbelt is not. Things don't happen, until the moment they happen. This time the DGT has had the right idea, which will have tangible effects on road safety, and which will save society millions of dollars. There will be those who complain, for sure, although this is all for their own good. Let them complain all they want, but with their seat belts fastened.


Who wants a Tiguan or a CX-5 when you can buy a Leon Cupra ST for the same money? ❯

add a comment of "Radars" that fine you for not wearing your seatbelt, what a great idea!