Particulate filters are coming to petrol cars in 2017

These filters are responsible for accumulating the particles that have a certain size, until they reach the point of frying them with a lot of heat, and thus convert them into more innocuous gases. Diesel engines tend to emit a lot of particles, but so do direct injection petrol engines, especially if they are very tight (downsizing), although in different numbers and composition. Particulate matter is linked to the premature death of more than 400,000 Europeans a year, about 10 times more than road accidents.

Mercedes-Benz and the Volkswagen Group are among the first manufacturers to announce the installation of these devices by 2017, by legal imperative. Currently the S 500 uses a particulate filter supplied by Faurecia, and if I'm not mistaken it's the only one on the market to do so. How much do these filters cost? Guille told us that the manufacturer would have to assume about 50-60 euros per car, ADAC dixit. Any comparison between those 50-60 euros and the life of a single person is simply obscene.

Some manufacturers use both direct and indirect injection to balance performance and environmental friendliness.

Once again, we have to wait for regulations to prevail over common sense. We pay on new cars for a lot of things we will never use and they cost that much, and although it is perfectly legal to sell petrol cars without a particulate filter, it is not ethical. Manufacturers and ethics run on two parallel lines, i.e. they will reach each other at infinity. That same dubious ethics is what legitimizes the sale of dead boxes in developing countries (or emerging markets, which is finer) or diesel engines that are gassing us in major European cities because of how it is made a particular method of approval (NEDC). 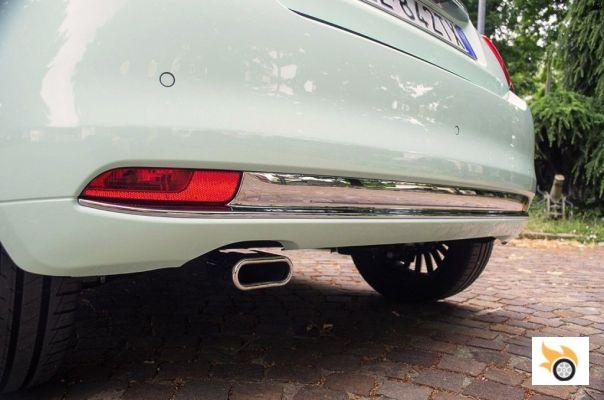 We are in their hands, but we lack information. What consumer finds out about these things if they don't read very specialized press? Does it come in the catalogue, advertising, or does the seller mention it? Obviously not. The reality of the situation hits you head on when you've already bought the car. Unfortunately, we motoring journalists do not go to presentations with portable gas measuring equipment (PEMS), nor do we drive cars into trees at 64 km/h to check the degree of survival. We delegate to other entities that are the ones who give the bad news.

Until these new approvals arrive, the conscientious consumer has less and less to choose from. In the atmospheric gasoline multipoint injection, which still exist, particulate emissions are lower. If they are hybrids, even lower. If they run on natural gas (CNG) or autogas (LPG), even lower. And if they are electric, local emissions are zero. As for the diesel, we can find some models that really have the damn particles at bay, but also the reviled nitrogen oxides (NOx). Distinguishing them from the chaff, those that comply with the regulations in a laboratory, is complicated.


An ethical decision would be to massively install DPF/FAP even in current models, homologated for Euro 6b, even if the customer has to pay 100-120 euros more when buying his car. But I reaffirm what I said, ethics and the automotive industry will end up meeting in infinity, which is a place that mathematicians describe as far away, no, much farther than the galaxy where the famous "Star Wars" film saga takes place.