The 356s that Rod Emory and his team are preparing are known to fans as "outlaws". The initial idea is to improve on the original rather than recreate it. This name came about in the 1980s when Rod and his father began to ignore the simple restoration of old Porsche's in order to "build" cars that would run better. So deep has the outlaw movement become that it is now a category in some Porsche concours. Rod started winning races with a 356 he made himself, it wasn't long before the rich people he beat started ordering him a car just like it.

But what is a 356 outlaw? "I'd like to think it's a modified 356 like the Porsche racing department would do, we make them more practical and fun to drive" - says Rod. Emory's modifications are very thorough. Always trying to use Porsche parts, Emory modifies the suspension by changing the original swing axle suspension for one with torsion arms from a 911 and slightly narrowed. 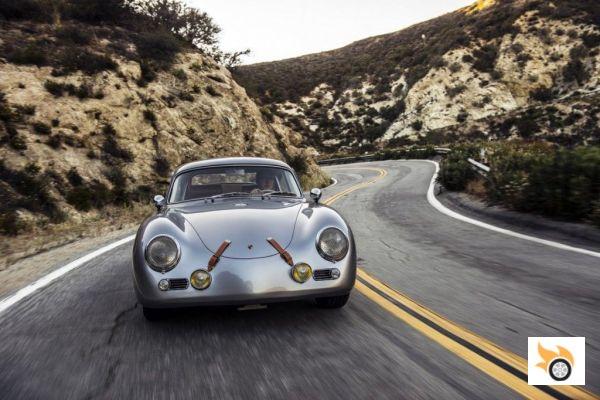 The gearbox, which also comes from a 911, is specially modified, the brakes are four-piston disc brakes. For the engine there are several possibilities. There is the option of a rebuilt VW Typ 4 engine capable of delivering 200 hp, and a very ingenious solution, which is to take a six-cylinder engine from a 911, remove the two central cylinders and reassemble the engine with a new crankshaft. The price of this idea is around 22,000 euros, but it ensures performance and reliability.

The interiors are also cared with care, with perfect classic handmade details such as upholstery of the seats, doors and so on.

The end result is a rounded car, with a brutal aesthetic and a 200 hp engine that makes its little more than 1,000 kg move with ease. The guys at Emory put the highest level of demand in everything they do, from certain parts they made for the capsule used by Austrian Felix Baugmgartner - to jump from 42 km away to the Earth and be the first person to break the sound barrier without the help of a vehicle - to the promotional Mini with the giant Red Bull can mounted on the back (yes, these guys are the ones who build them!).


What you pay for one of these cars depends on what you want to put in it. You can have a coupe for around 50,000 euros, which would go up to 110,000 euros if you want the roadster. It sounds expensive, but Eagle charges three times as much for their fantastic E-Type rebuild. A French-built PGO, inspired by a 356, but much uglier and with a Peugeot engine, sells for around 50,000 euros. 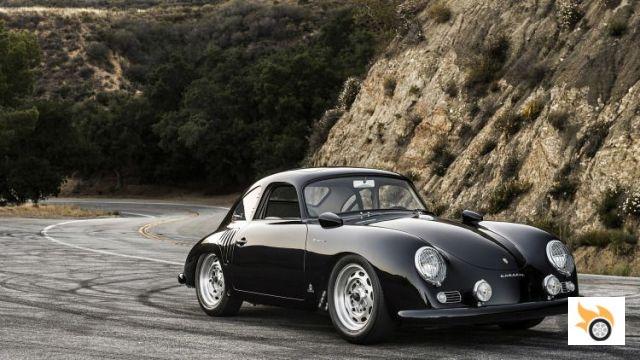 The price of this "outlaw" is (counting the purchase of the car) similar to a new 911 Turbo, the difference being that you'll be happier living outside the law.

Today is the anniversary of Fiat Nuova 500 ❯