The new BMW X1 makes use of BMW's UKL1 platform, the same one used by the 2 Series Active Tourer, the MINI F56, and the future 1 Series. So yes, it moves to transverse engines and front-wheel drive (or all-wheel drive, depending on versions). But while fans may complain, we at the X1 firmly believe the decision is more than justified. Let me explain. 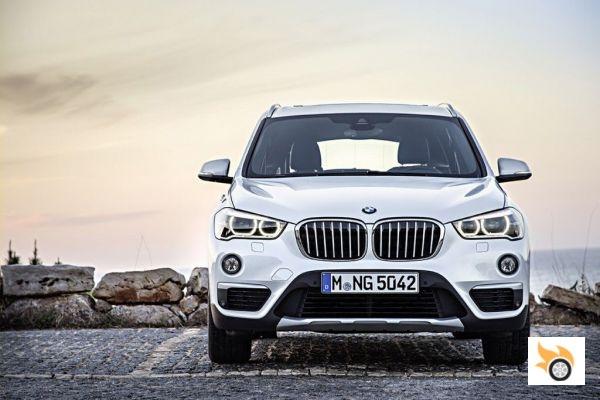 I've told you and explained it once and ten times: Creating a car is a game of compromises where you can never have everything, and where you have to give preference to the priorities and needs of the target customer, whether in dynamism, cost or interior space.

The first BMW X1 was born as a derivative of the rear-wheel drive 1 Series. BMW didn't have a front-wheel drive platform back then, and that took a complicated toll.

While the typical 1 Series customer may have a taste for dynamism and a preference for rear-wheel drive (although it later turned out that 80% of the customers who actually bought the car didn't care), the typical X1 customer is even more versed in practicality and aesthetics, and is rather oblivious to propulsion. Whether it pushes the wheels in the back or the front is something he doesn't really care about, and he's more concerned that the car fits him through the eyes, and that it fits his family comfortably inside. 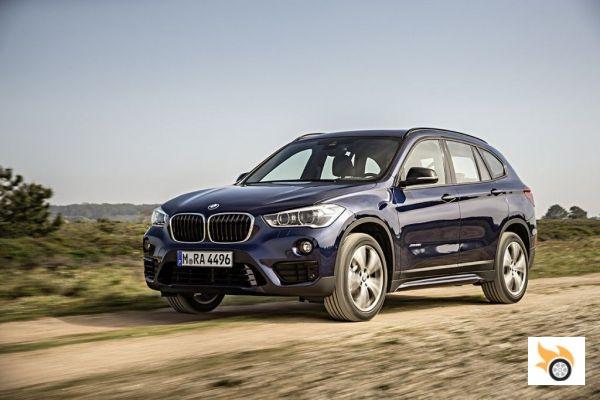 That's where the X1 failed, especially after the arrival of the competition (GLA and Q3). The X1 had a prominent transmission tunnel, a fairly forward rear seat bench, a very set back A-pillar in the wheelbase, and door sills that were quite high off the floor. The result was a better chassis than its rivals for cornering, no doubt, but at the cost of complaints where the customer of this type of car car cared. It was smaller inside than its rivals, and more awkward to load and unload.


In one fell swoop, using the same basic architecture as the 2 Series Active Tourer, BMW has taken the problem off its hands. The facelifted X1 no longer has as much distance between the front axle and the base of the A-pillar, which allows it to have a clearly more spacious cabin, and a better balanced aesthetic.

More space inside and a less aggressive aesthetic, less "Banglerian" I would say, results in a car that will have better resources to fight in the market against its rivals. And yes, the bemeuvist extremists may lament the loss of genetics by putting this type of configuration in a car of the brand, but if we ignore the front logo and focus on the product, engineering and design, it makes sense to make a compact SUV of this type, and not the other way around. At the end of the day the customer, the needs and tastes of the customer, are the ones that command, and those invite to run the X1 as it is now. 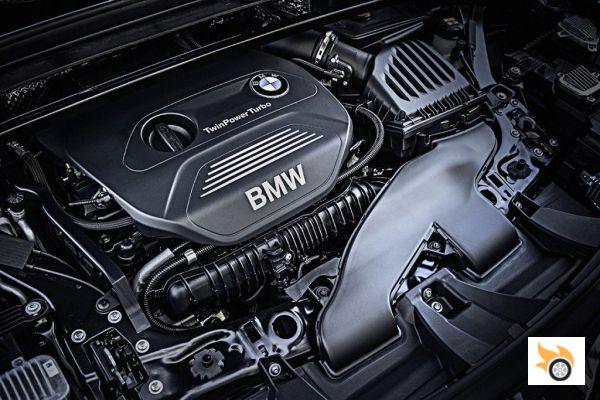 Interestingly, despite the engine now goes through the front, the X1 retains a good weight distribution 50/50 (which is not always ideal for a front-wheel drive, where it should put about 60% of the weight in front to improve mobility as a general rule). The mechanical offer will be articulated between two petrol and three diesel engines. All have a displacement of two litres.


The engines can be mated to a six-speed manual gearbox or an automatic gearbox with eight different ratios, while the car can be ordered with front-wheel drive or all-wheel drive "xDrive".

Two facts dominate the increase in living space. The boot now has a capacity of 505 litres, 85 litres more than before, and more than enough for any conventional family. The rear legroom, the distance for knees, has increased by 37 millimeters and, in addition, the rear bench can be moved longitudinally up to 13 millimeters to choose whether you prefer cargo or space in the rear seats, "to the minivan". 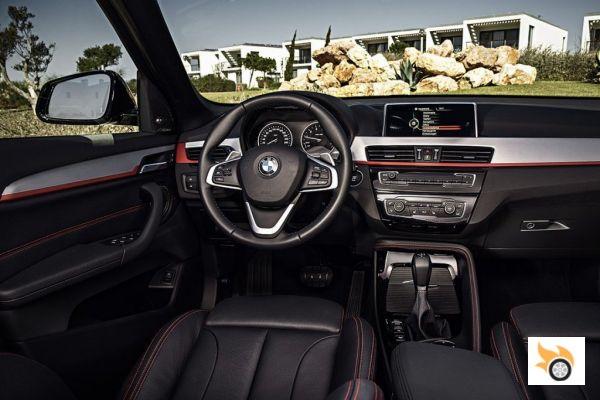 The interior environment, in any case, "smells and tastes" to 2 Series Active Tourer, and BMW in general. The German firm continues to apply for many years the same pattern of applying a common design of ergonomically very successful dashboards throughout its product range, but this generates the feeling of "having everything always seen", without sufficient differentiation between different products of the company. If it works for them, I won't be the one to tell them to stop doing it, but critically, we'd like to see more variability.

Everything is obviously dominated by the infotainment system screen, around which everything else revolves. 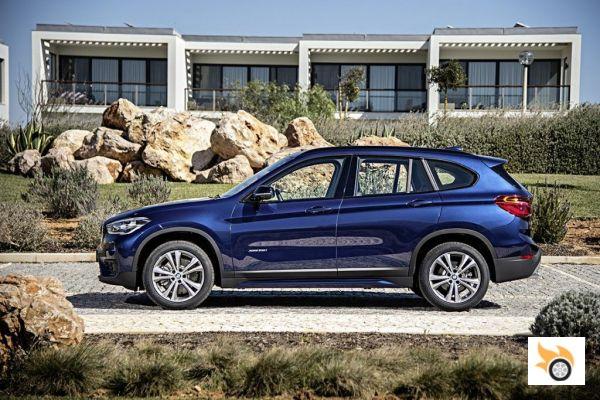 Interestingly, the gain in interior size is achieved despite a considerable loss of wheelbase (2.76 to 2.67 metres), thanks to not having to tuck the engine lengthways behind the front axle and being able to pass through it, which has allowed, as we said, the firewall, the base of the A-pillar, and in general the whole cabin to be moved forward.


What it does do, despite having less wheelbase, is to grow in overall length. Now it reaches 4.44 meters, with much more overhang.

This time we've gone the other way round. Instead of starting with the design, we've left it for last. Admittedly, the first X1 didn't appeal to many people. The flat, elongated bonnet combined with a very large cabin from the A-pillar onwards created a somewhat strange design. And is that the transposition of the aesthetic ideas of the X5 to such a small model failed to be as attractive as it is in the five-meter SUV of the house.

This time the problem has been solved, as we said above, thanks to being able to play with a shorter A-pillar-axle distance, which allows to show more balanced forms for a car of this length. The front end has the typical 2 Series look, while the BMW kidneys start to grow in height. This is not a trivial detail, since it is not the first time that the Bayerische showed us a concept car with a grille presided over by two kidneys higher than it was used to, and the X1 seems to want to indicate that in the future the shots will go in this direction. 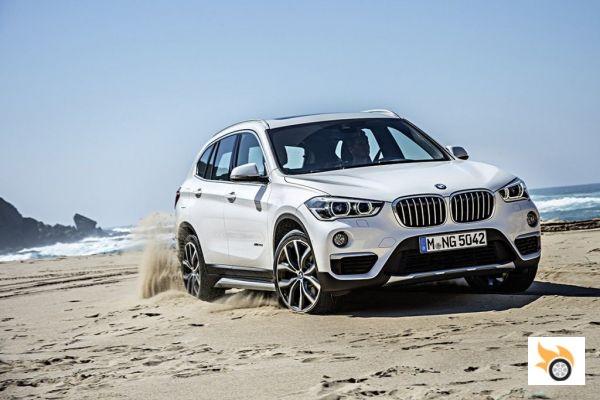 Although the bonnet is still quite flat, avoiding playing with "bonnet-windshield" in practically a single plane "to the minivan", the whole design of the profile is much better balanced, and manages to have proportions that visually work well, and better reminiscent of the X3 or X5. I won't say that much, but... 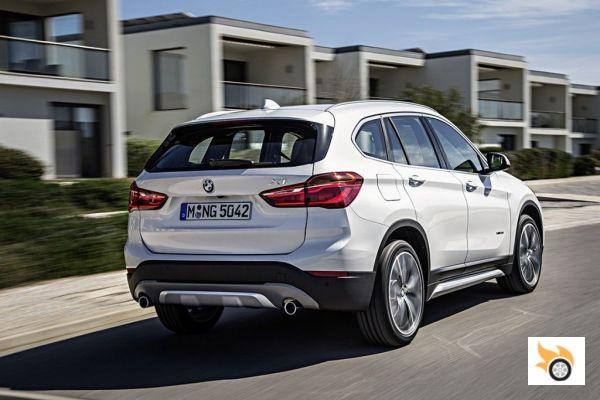 At the rear, the design of the headlights and tailgate reminds us a lot of the 2 Series Active Tourer, as you'd expect. All in all, the X1 becomes a nice and attractive design. No, it's not groundbreaking, nor does it want to be, and yes, it tastes like a BMW throwback (there's no intention of having every model in the range going its own way here either), but where the GLA or Q3 might have been more graceful and less daring, the X1 is no longer the "odd kid in the class" but has a format that could be considered "attractive within the established canons".

Whether one prefers to follow those canons, or to have a car that is "attractive or personal in its own way" is another matter. The market, the sales, will have the last word, and something tells us that the X1 will sell "like hot cakes", leaving a huge profit in Bavaria.

Articulation of the range

The car can be ordered, as has become customary in BMW, under various design themes, which change the shape of the bumpers and interior trim, depending on whether one prefers a luxurious design style or a sportier aesthetic. 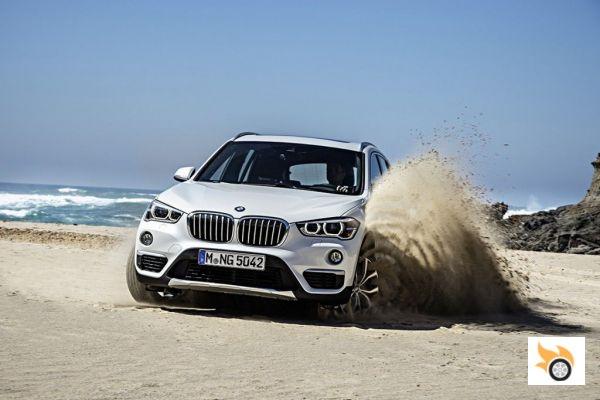 Without having prices for the moment, we can tell you that the range will be articulated in Advantage, Sport Line, xLine and M Sport versions, and will offer active driving aids such as lane assist or adaptive cruise control. Standard xenon headlights, standard navigation and a six-and-a-half-inch infotainment system screen will try to erase the idea that BMWs "come bare-bones" and improve the firm's price-equipment ratio.

We do not expect to change too much pricing policy with respect to the current model, so the BMW X1 sDrive16d (the access model to diesel range, which still take months to be available, but that represents much of the sales in our market), should start on the 30.000€.