The R100 was immediately prepared in 1970 to take part in some local races, but as we told you, it wasn't competitive against the Nissan Skyline GT-R, which outperformed it in cornering performance. A replacement had to be found and it had to be found fast.

Although the company was working on several new rotary car models, the first available by early 1971 was the RX-2 (in production since 1970). It was a coupe derived from the Capella range. It was clearly larger than the R100 (derived from the Mazda Familia), at 4.15 metres in length, and was the distant grandfather of today's Mazda6. 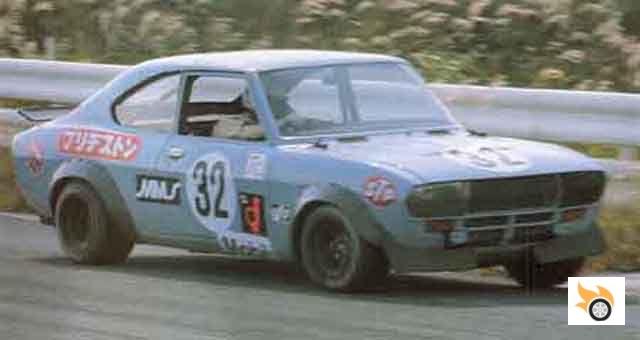 Mazda RX-2 of the JGTCC

The rotary-engined variant of the Capella, called the RX-2, used the 12A rotary engine, a derivative with a larger displacement (1.2 litre equivalent displacement) due to a wider trochoid. Development of this new engine had begun in 1968, with the idea of having a block with more torque than the original 10A. First a longer stroke engine had been tried, but finally it was decided to go for a wider combustion chamber. The production version of this engine also used a cast steel manifold system with triple peripheral exhaust ports that served to reduce the sound of the engine.

It was also combined, from 1971 with a "thermal reactor" system, which consisted of fresh air pumped into the exhaust manifold to facilitate an afterburner of partially burned gases coming out of the engine, which served to meet the new emission limits implemented in the United States.

Tightened up for its racing version, the engine used a Weber twin-body, 48-millimetre bore trumpet carburettor (replicas of the Italian material had previously been used with poorer results). At the beginning of the season, the engine offered 225 horsepower at 8,500 rpm, but it was not powerful enough to make the car competitive, especially after the Japanese federation banned the use of peripheral valve-controlled supplementary intake ports, as Mazda had used on the 10A engine in their R100s.


That wasn't the RX-2's only problem. The car's suspension was relatively conventional for the time (McPherson front, rigid axle rear with a Watt's control arm behind the bridge), and cornering was not great.

Faced with all these problems, the solution for the racing team came from Mazda itself, which launched the RX-3 in 1971. It was a rotary-engined version of the new Gran Familia, itself a derivative a hair larger than the old Familia (the R100), which was more dynamic, lighter and more race-ready than the RX2.

Mazda Auto Tokyo was quick to get to work with the RX-3 as its main tool. The RX-3 started its journey in the market and in racing with the "small" 10A engine, and it would be with this unexpected solution that Mazda would manage to beat the Skyline GT-Rs for the first time and break their streak of 50 consecutive victories, helped by the luck of the triple abandonment of the Nissan in December 1971. Yes, it had been somewhat "de churro", but it was good news and good background for what was to come. 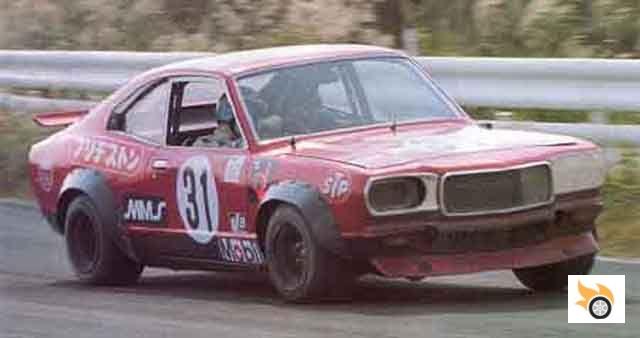 A racing version of the new Mazda RX-3 with the 12A engine was worked on for 1972 and was improved in every aspect. The engine now made 240 horsepower at 9,000 rpm, fed by the same 48-millimeter Weber twin-body carburetor, and also offered 220 Nm of torque, a record for Mazda's Wankel engines, putting it in a position to beat the Nissan.


With the regulations in hand, Mazda knew they couldn't install peripheral ports on their engine as such, but decided to try an "unfair advantage", as my friend Mark Donahue would say. What the guys from Hiroshima did was to lengthen the side auxiliary intake ports on the side of the block all the way to the periphery. This way the engine was more effective at higher revs.

The result? At the Japanese Grand Prix in May 1972, Mazda won a hat-trick ahead of Nissan, having dominated the race from qualifying to the fastest lap. The Japanese motorsport federation would argue long and hard with Mazda over the legality of the engines, but eventually agreed to accept the victory as valid as long as the "semi-peripheral" port engine was offered to other non-official Mazda drivers in the championship. Specifically, a minimum of 50 engines were required to be offered.

Videos of the 1972 races, with the RX-3 fighting with the Nissan.

This was not the only interesting technical novelty of the RX-3. To improve the chassis response with respect to the RX-2, the car was shorter (just 4 meters) and had a rigid rear axle, but with the transverse motion control bar (Watt's tie rod) placed in front of the axle, improving and reducing the polar moment of inertia, creating a car more "interested" in entering the corners. This rear suspension idea would also be applied to the first generation RX-7, the FB, a few years later.

That season Nissan would still win the title, but would be dethroned in 1973 by the RX-3. The last race of the year, the Grand Prix at Fuji, would also mark the retirement of the original Skyline GT-R from racing. But when everyone expected a fierce fight, with the federation authorizing Nissan to run without restrictions on their maximum revs (they were capable of turning 9,500 laps no less), a huge accident in practice meant the event was cancelled, and left the fans without the last great showdown.


The mythical GT-R RX-3 battle has still been recreated in Japan in recent times.

Thus, the RX-3 would stand alone in the Japanese Touring Car Championship, where it would dominate in 1975 and 1976, scoring over 100 championship wins over the four years it was competitive.

Not only that. The RX-3 would serve to skyrocket the fame of Mazda's rotary engines, helping to reach the production of almost a million Wankel engines in its various variants (it was offered as a coupe, sedan and estate).

Curiously, the Japanese, always given to excess when they are passionate about something, would create an urban culture around the RX-3, trying to replicate the cars they saw on the racetracks, with an aesthetic that has carried over to the present day. Mazda kept the RX-3 evolving through all the years until retiring it with the second oil crisis, in anticipation of the later launch of the RX-7 (which we'll talk about in a future installment), but it left a legacy of enthusiasts that in many cases we can only dream about the idea of owning one of these finned bugs at the ready someday.

This yellow RX-3 is an aesthetic replica of the JGTCC ones, which appeared in the SuperStreet review (you can read the full report here).

A tribute to Mazda and its sporty and technological background 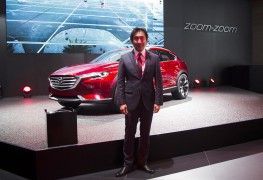 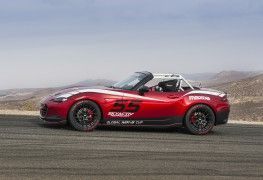 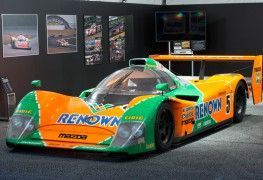 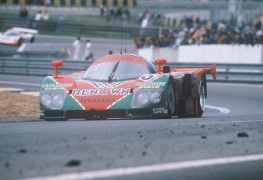 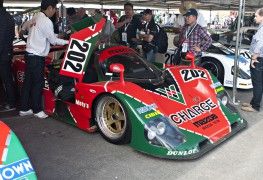