If it's your obligation, don't sell me the bike.

But that can always be used to the manufacturer's advantage, indeed, turned into a sales argument. Consumers love to be given arguments that reinforce our decisions: "now with XYZ". Whatever "XYZ" is, it's usually something that's cool, that's more technological, safer... an advantage, wow. What the consumer may not know is that this advance does not come from the good faith of the manufacturer, but is a legal obligation.

However, it must be recognized in fairness that there are manufacturers who are far ahead of the legal requirements because they really want to be the best at something, or ahead of everyone else. Of the examples I am going to give, I will acknowledge those manufacturers who one day decided to do things better because they felt like it, not because it was mandatory. The images are in that positive sense, trying to avoid examples in a negative sense, as I don't intend to make blood to specific brands, but to all those who act in that way.

Let's take a look at the past, does anyone remember the "Model X is 85% or more recyclable at the end of its life"? Yes, they were giving a lot of lip service in the middle of the last decade. That was due to a European regulation (Directive 2000/53/EC of the European Parliament and of the Council of 18 September 2002) that the member states had to assimilate into their legislation. And in Spain it was incorporated into Royal Decree 1383/2002, of 20 December, on the management of end-of-life vehicles. I quote:

1. Economic operators shall comply, within the scope of their activity, with the following reuse, recycling and recovery targets:

I already thought it was suspicious that so many manufacturers agreed on the 85% of recyclability, there had to be another reason. There you have it, cars have become more recyclable because of an obligation imposed by the European Union. That is to say, whoever accepted as a purchase argument that their car was more recyclable, not that they were cheated, but let's say it was a feature that sooner or later would have to comply to the tato. 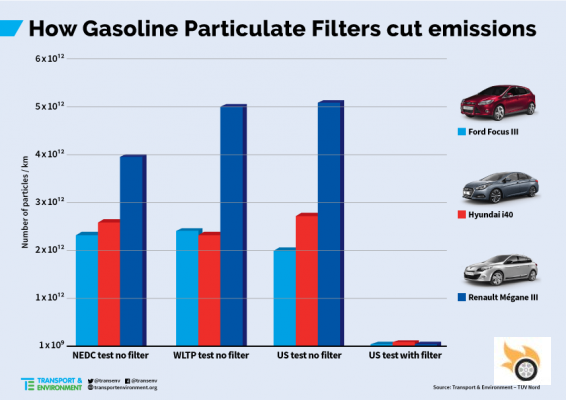 Now the motorbike that is sold to us is that it complies with the Euro 6 emissions standard. It's great that this is being done, because it's mandatory. At the moment the regulation to be met is the second phase, Euro 6b, and this year the third phase, Euro 6c, is going to be imposed, which will force petrol engines to reduce their emissions of toxic particles dramatically. That's why petrol engines are going to start using particulate filters (DPF/FAP), and Mercedes and Volkswagen scored first. But almost all direct injection, turbocharged and naturally aspirated engines will have to do it (there are few left).


In many cases this compliance has been given only in the laboratory, so it is a scam for the consumer, who does not drive in a laboratory.

Something similar is happening in the motorcycle sector. In 2017 it is no longer possible to register new motorcycles that do not comply with the Euro 4 standard and do not have ABS or combined braking system. In press releases it is often stressed that these are versions that comply with the latest regulations, but they comply with them because they are mandatory. There are manufacturers, such as KYMCO, who were several months ahead of this change even if it was at the cost of losing money, since the technology that allows the transition from Euro 3 to Euro 4 impacts on the price of motorcycles. As a result, margins have narrowed a bit.

One of our readers, Manolito Gafotas, complained in a recent article that some safety advances are only available to those who buy the most expensive or powerful model, and that this does not help to democratize safety. Unfortunately he's right, what isn't mandatory takes a long time to come. The first anti-lock braking systems date back to the 1970s in cars, but it wasn't until the 21st century that it became mandatory in major Western markets. Initially it was only for top-of-the-range cars, and now any A-segment firecracker has it as standard. 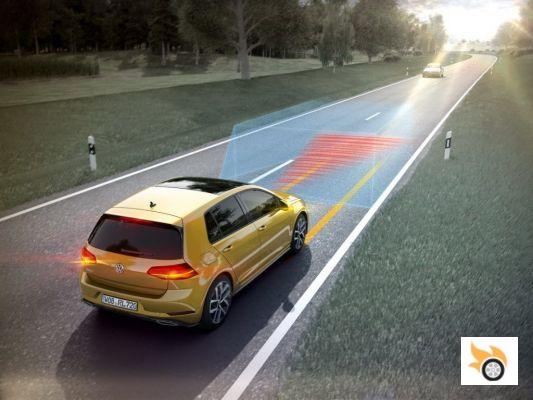 The same thing happened with stability control, it wasn't until the early 90's that this invention appeared, an evolution of the traction control of the 80's, based in turn on ABS. Now ESP is mandatory by European regulations, and before it was necessary to put it in the basic finishes if you wanted to opt for the fifth star EuroNCAP. Just a decade ago it was very common to find models without ESP, even paying extra. Now if we see a new car without ESP the first thing we can think is that it is Chinese.


Manufacturers play a lot with this lack of consumer information, scoring goals. It's like if a son tells his parents that he passes everything and passes the course: "We think it's great, son, it's your obligation as a student". And we motoring journalists have to remind the consumer that what is sold as a gift or a competitive advantage is just that, something they have to do anyway. But we have to distinguish between those who comply with the rules long before, and those who do it because they have no choice.

The safety of Volvo and Saab at the dawn of EuroNCAP comes to mind. Mind you, EuroNCAP ratings are not mandatory in any sense, it's a private rating, the EU safety requirements are much more lax. However, EuroNCAP stars sell a lot. Few manufacturers cared about safety in 1997 in the same way they do in 2017. Remember Volvo's "safe answer"? Well, that. Then it started getting 5 star EuroNCAP ratings even from the prompter. And EuroNCAP tightened up their criteria to avoid that, so that innovation wouldn't become stagnant there. 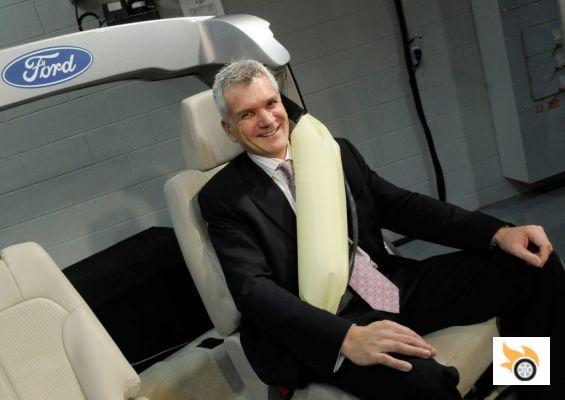 When a manufacturer brags about something, watch out! Sometimes they even have the balls to say that they are the first in the world to incorporate X technology, when that is a lie; sometimes they have only popularized it, other times it's because the documentation people haven't done their job contrasting with the others. The rest of the times it has been a journalist who has taken the information as it is, without checking it, and brand Y has scored a goal for its readers.

One person in charge of a press department told me that he loved it when journalists took the press releases as they were, what he didn't like was that the copy and paste also took the footer, with the name of the manufacturer, its registered office and the page number. It was unprofessional. Yes, my friends, there were cases.

It should also be noted that some advances have been included before they were mandatory in order to meet another obligation. For example, Mazda employed the much-vaunted selective catalytic reduction (SCR or AdBlue) for its diesel engine on the CX-7, an SUV that's a few years old now, in 2009. It was necessary to comply with Euro 5, not that Mazda wanted to comply early with Euro 6. In fact, that engine was not homologated for Euro 6, they had already stopped selling it.

You have to be more critical in this life, there are a lot of mugs working in communication. 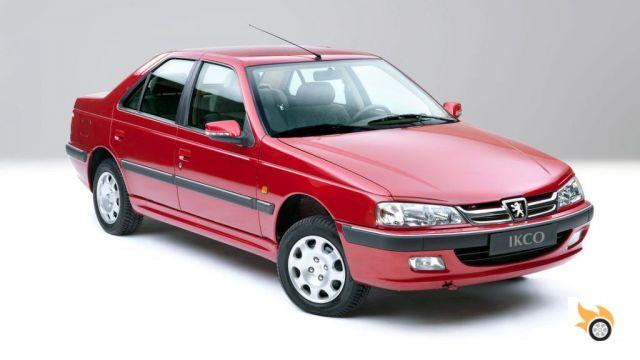 Manufacturers tend to do the minimum if nobody encourages them to do things better. Just look at what happens in countries where anti-pollution regulations are much milder (i.e. those of decades ago in Europe), where there are no NCAP tests, where standards are minimal ... Well, they can continue selling cars designed in the 80s and 90s without any problem. Ask Chinese, Argentinians, Iranians, Indians, South Africans... they have on their roads looking like new cars that here are scrap meat, because manufacturers treat them as category II or III customers.

But let's go closer, Europe itself. Several English manufacturers went to hell for insisting on selling the same genre with life cycles longer than "The Hobbit" in Vulgar Elvish without an Elvish-Castilian-Leonese-Elvish dictionary at hand. Thanks to the advent of more modern regulations their product ranges became obsolete, there was no way to adapt to that. On the other hand, those who do things well, have it much easier, with a few tweaks they can jump through hoops with dignity.

Fighting against these communication strategies is not always easy, unless we are talking about journalists who are constantly aware of what is going on at the regulatory level. I admit that they don't, it's too much rice, but they try to separate the wheat from the chaff, what is a real innovation from what is something mandatory that is put into production a little earlier because it coincides with their production schedules... that is to say, it suits them to do it earlier.

Let's wake up from our innocence. Manufacturers do not offer us the latest technology out of corporate social responsibility. They offer us what is required, looking for profitability, and many technologies remain in the drawer until they are mandatory or profitable, if only for advertising purposes. There are fewer occasions in which an advance is offered for all of us to advance, and I can give a good example: all the patents that Elon Musk released to boost the development of the electric car, and I still doubt that it was only for bonhomie (in the long term it will surely be good for him)...

Will 2016 be the year of the convertible SUV? ❯

add a comment of If it's your obligation, don't sell me the bike.