SUVs are the new luxury cars, and convertibles have always been. The fusion of both concepts, although rare at first glance, can make sense to the right customer. Like when Paco Roncero surprises with his cocido with the same taste as always, but using syringes, liquid nitrogen and so on. If they put it in a movie or a series, it will be almost all done. If the marketing people do their job well, it won't be out of the market by the third year.

That's what happened to the Nissan Murano CrossCabriolet, it was a very risky move that started in 2011 and ended in 2014. The car went to the great beyond without a successor, after having sales of just over 10,000 units, and after losing Nissan a lot of money. It was an experiment in North America, but we wouldn't have seen many either had it been exported.

By the way, did raw gasoline or designers' tears drip from the exhaust? 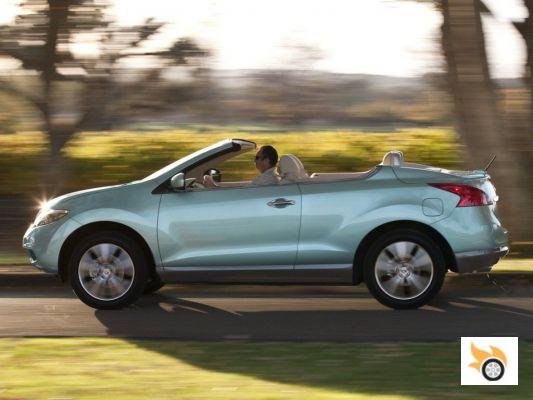 It was very ugly, very expensive ($47,000), it wasn't practical, it had a very small boot, the weight increase due to the multiple reinforcements made it slow, the rear seats were only suitable for children, visibility problems... And the truth is that the Evoque Convertible has some of those problems. When we test drive it, we'll let you know how much of a problem it is.

Owning a convertible always involves some kind of sacrifice. You have to pay more, it's harder to get in and out, you lose boot space, it's less structurally rigid (with a few honourable exceptions), you suffer the "wow, those clouds were bringing water and I'm roofless" moment, you're a moving target for the stomach churning birds, it's easier to be kidnapped or mugged... They're impractical cars, by definition. But they're cool.


Also, in the case of a convertible SUV, you have to be very careful about pushing the off-road performance. Like the time I was doing some serious stuff in a Pathfinder, with the sunroof open, in a mudflat. The Evoque Convertible can ford rivers up to 50 cm, like the regular model, but with the top down it's best to go slowly. The feeling of crossing a river in the Evoque Convertible must be similar to this, especially if you're in the right company:

After the humorous aside, I continue. The Evoque Convertible differs primarily from the Murano CrossCabriolet in mainly subjective ways. I mean, it's clear that Land Rover's design has won over people who wouldn't even consider owning a Land Rover, nor would they consider owning an SUV. It's prettier, it's cooler, it's more... whatever you want it to be.

The idea, as we've said more than once, is not new. Starting with the humble Citroën Méhari, through the Suzuki Jimny, Land Rover Defender, Jeep Wrangler... and so on to the Mercedes-Benz G-Class Cabrio. In fact, there is something similar to a convertible SUV, it's called a pick-up, it just lacks the seats in the cargo area. Any armed militia in the third world will be able to tell you what it feels like to have your beard flapping in the wind.

In recent years there have been automotive ideas that have worked out well, and others that have failed to succeed.

Premium manufacturers have become like a group of posh friends going shopping: when one of them gets a model that the others like, they buy the same one. But, before that, they'll say it's too tacky and lacking in style. Then the three of them will find themselves at a wedding wearing the same dress. Yes friends, the main premium brands live by discovering niches or by exploiting the niches in which another one has gone ahead, the one with the propeller, the one with the star, or the one with the earrings. The order is the least important.

Let's face it, the Evoque Convertible is an occurrence, or rather, a meta-occurrence (occurrence within an occurrence). Land Rover claims to have crunched the numbers, and that it makes sense. If we want to contrast, Gorden Wagener, head of development at Mercedes-Benz, told Automotive News that such a car makes no sense. Neither are they spacious, nor do they provide practical advantages, and that's precisely what SUV owners are looking for (or so he says).

But Wagener underestimates the posers, or in a more local term, postureantes. An SUV is a status symbol - some people think so, really - and a convertible on top of it allows you to show off to others. Looking down on others, over your shoulder, and without a top, can only be enhanced with XXXL clothing, a cap pointed at the Meteosat, African-American rapper looks and a dollar sign pendant while Still by Dr. Dre feat Snoop Dogg plays.

What's more, as the Evoque looks ridiculous on wheels smaller than 18 inches, with wheel arches just a little smaller than those of a monster truck, it will look perfect in rapper's video clips. Within the same brand we can equip a 20″ rims Style 901 Polished Silver model, for the reasonable price of 2,700 euros and pico. Some good bling-bling hubcaps, and it will become the master of the boulevards of L.A., Benidorm and La Manga. 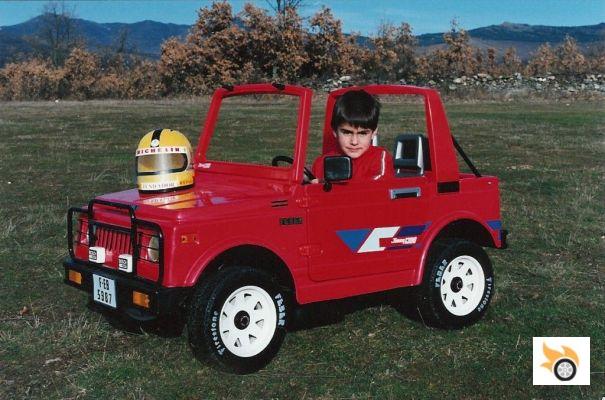 Let's give the concept some time, and see if it works. As soon as Audi, BMW or Mercedes-Benz come out with their interpretation of the concept, it will have been proven de facto that it's a good idea. What's more, maybe if I get my wires crossed and I make a fortune in motoring journalism, I'll buy one, it wouldn't be the first time I've driven a convertible SUV.

No, don't worry, for the mid-life crisis I had thought about a Harley Davidson, if my wife lets me (*). That's why I have to buy the bike before I get to know her. Besides, on the other hand, with motor journalism I'm not going to get rich. Bah, forget it.

NOTE: both meanings of the expression are valid.

The history of Pegaso (II) From "English" to IVECO

add a comment of Will 2016 be the year of the convertible SUV?