It's called 488 Spider (quite predictable, isn't it?) and keeps the convertible hardtop already seen in the 458 Spider, adding the body design of the revamped 488, and its supercharged engine with turbochargers (two), delivering 670 horsepower to the rear wheels.

Curiously, the evolution has allowed the 488 Spider to be 10 kilograms lighter than its predecessor, despite having a more complex engine, with turbochargers and intercoolers, staying at 1,420 kilograms. The chassis is completely revised and stiffened. Thanks to the use of new aluminium alloys of varying thickness and magnesium reinforcement arms, the monocoque is just as rigid in bending and torsion as that of the closed-roof 488 GTB, which means a 23% improvement in torsional rigidity compared to the previous Spider. 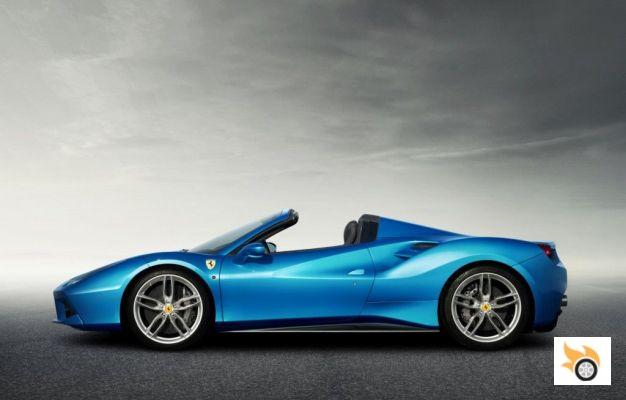 The convertible roof takes 14 seconds to remove in a fully automated process. Ferrari claims that this roof is lighter than a canvas system.

As already happened with the previous Spider, and despite now having the same chassis rigidity, the suspensions of the 488 Spider are somewhat softer than in the 488 GTB, as the Italians explain that the profile of the Spider buyer is less likely to put his car on the circuit, and tend to enjoy it more often on open roads and driving "a little less attack" that will be better compensated with a suspension setting like this. 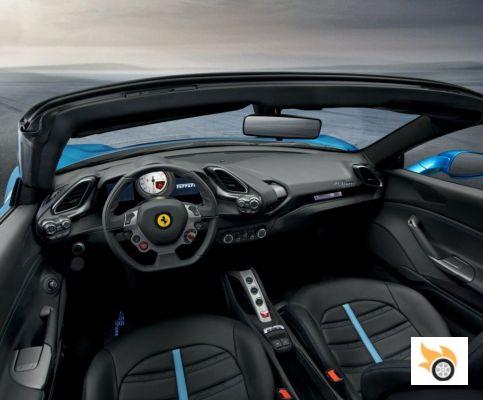 Aerodynamically, Ferrari says it's "the most efficient and effective convertible they've ever made". Incidentally, the dashboard has a display like the one on the Ferrari FF to show how fast you're going at any given moment, just for show, I suppose.


The new Spider will cost about 10% more than the 488 GTB, which should bring it closer to 260,000 euros approximately in our market. We will see it live at the Frankfurt Motor Show next September.