Some might claim the excuse of having obtained their license before they were invented, and I recognize that very little is done in the most popular media to train and raise awareness among drivers, but the truth is that we have no excuse, because safety should matter to all of us, and also ignorance does not exempt from compliance with regulations and laws.

The basic idea of roundabouts is to increase traffic flow by minimizing traffic jams. To achieve this, ideally, most vehicles should be able to enter the roundabout without stopping, slowing down and making a simple "give way", or failing that, stopping for as little time as possible. 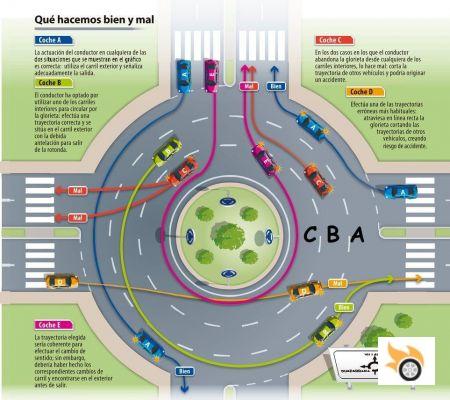 So it is easy to come to the conclusion that for roundabouts to work well - and safely - it is vital that the vehicles already on the roundabout do so correctly, as this facilitates access to the roundabout for the rest of the traffic, and of course, at a reasonably slow speed, and using the indicators... and this is where we fail miserably.

What does the DGT (Dirección General de Tráfico) say?

On the official website of the DGT you can download the graph that illustrates this article, which shows the most common correct and incorrect behaviours. You will see that the roundabout in the graphic has three lanes, but for practical purposes, the two inner lanes (B and C) have a similar consideration. For this article, I have modified the DGT graphic by creating new, simpler graphics, which will allow me to explain in more detail such an important subject. 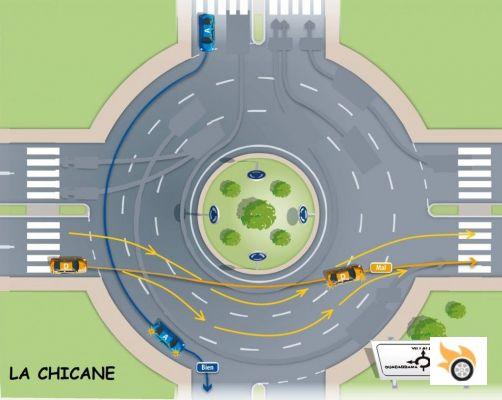 The most typical mistake: The chicane

Most of the time -and for logical reasons-, we cross roundabouts with the intention of going straight ahead, and as we are always in a hurry, our subconscious suggests that we should follow them as if they were a chicane -to lose as little time as possible-, and if there is traffic in the right lane, and queuing is foolish, then we enter from the left lane... wrong, very wrong!

Why are the orange and yellow trajectories incorrect? It's very simple: by following these routes, we reduce our speed very little and we use all lanes, making it difficult for other traffic to enter the roundabout and turning it into a kind of give-way junction, where the most daring and aggressive driver has the right of way. 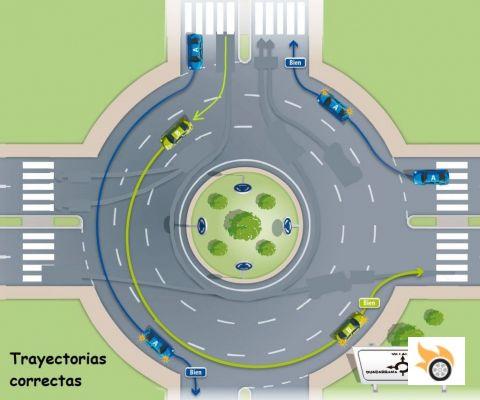 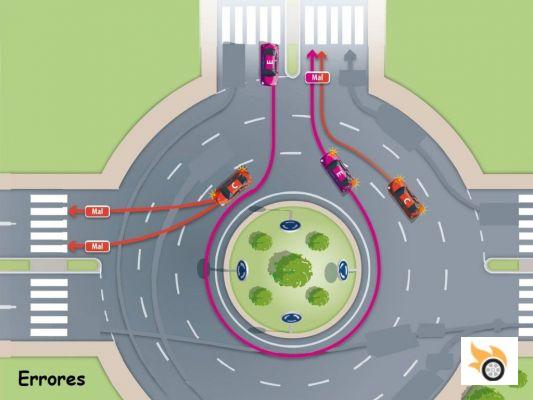 
What happens in case of an accident?

Well, I am aware that this article is not going to reach everyone, but I hope I have done my bit in this field, and if you have found it interesting or that it can be of help, I would be very grateful if you could do your bit by forwarding it to your friends.