Do you need 300 hp to have fun behind the wheel?

On the other hand, and before getting into the subject, perhaps I should clarify that I'm only going to refer to more or less sporty cars, that is, cars focused on the enjoyment of driving, leaving the issue of power in cars without sporty veleities for another article.

Buying a sports car to enjoy it on the track?

It is becoming more and more common to read tests of sports cars in which they are taken to a circuit to assess their performance... as if going for a test drive every Sunday of the year was the most normal thing in the world! And it's also common for supercar tests to insinuate that driving them at breathtaking speeds on open roads is within anyone's reach? 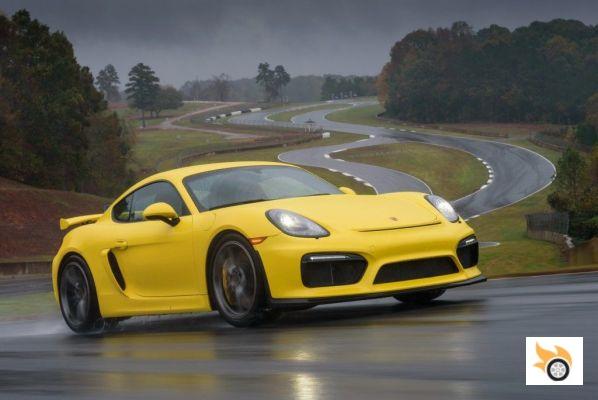 Hopefully one day there will be enough circuits in our geography, circuits designed for affordable runs, but I'm afraid that today, it is something that only a few can do on a regular basis. And no matter how affordable the tracks are, there is still the question of the torture it means for the car.

Wouldn't it be better to invest your money in a car that you can enjoy every day, or at least once a week? I am so sure that I think that the best sports car you can buy is the one that allows you to enjoy it more often. 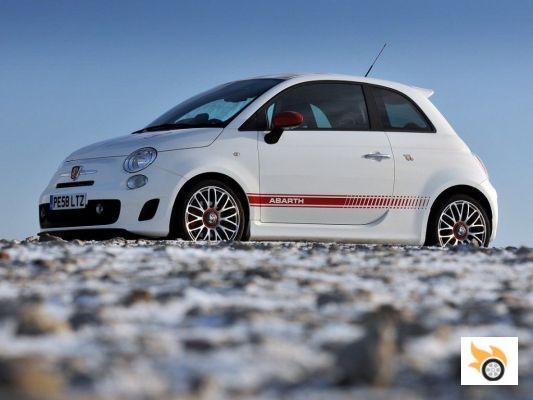 Can you enjoy driving on the open road?

No matter how much the manufacturers insist in their suggestive advertisements, driving on the motorway or dual carriageway at legal speed is almost as boring as watching an F1 GP in a delayed version, without rain, without accidents, and of which we already know the result. And as for the other main roads (the ones the navigator chooses to get from "A" to "B"), if we were driving an average modern car at 75%, we'd be well over the legal limits.

Let's face it, we rarely get the chance to enjoy a powerful car when we are driving to "go places". The rest of the traffic, speed limits, speed cameras, the ride quality of modern cars... all contribute to making everyday driving more and more boring, and the 400bhp coupled with the superb handling of a 911 can do little to alleviate this.

Don't despair, all is not lost

For the time being, we can still enjoy some spirited driving on the roads. Those little roads with little traffic, with not-too-long straights wisely interrupted by a variety of curves. Putting the pedal to the metal when coming out of a hairpin for a few moments, only to brake again shortly after, negotiating the next bend... This is driving enjoyment, and what's more, we can go home with our license intact, and more importantly, without having exposed ourselves and the rest of the world to unnecessary dangers. 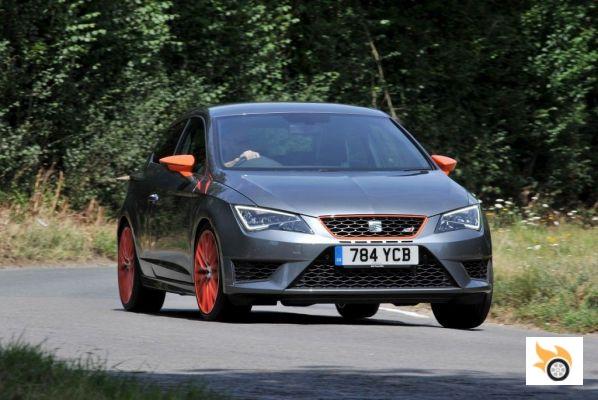 Does fun increase with power and efficiency?
What's fun driving? Passing as many cars as possible? Setting the fastest time on that stretch? Accelerating like a maniac? Well, no.


Fear not, I'm not going to recommend you buy a Panda (a car I love, by the way), and I admit to dreaming of one day owning one of the last six-cylinder Boxster - to enjoy the roar of its engine, to make my friends envious... - but... would I really have more fun with it than with my modest MX-5? Probably not.

So, what should the ideal driver's car be like?

It should be light (very important, because in addition to dynamic advantages, it reduces the need for expensive power), agile, playful, and not too wide (secondary roads are usually narrow). It must warn us when we approach its grip limit, and although it asks us to collaborate, it should not demand that we have Dani Sordo's hands, the braking must be dosable and stable, and so on.

And the power? Well, we are only going to need the power we need to get out of the corners with agility, and so that the straights are not boring, but not much more. If it can also be rear-wheel drive, have a weight distribution close to 50/50, and have a low centre of gravity? 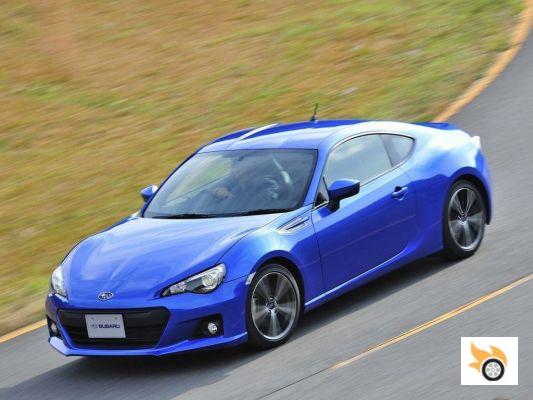 Well, yes, these cars exist. Granted, they're not very practical, and new, they're not affordable for everyone, but if you can, don't hesitate; an MX-5/124 Spider or a Toyota GT86/Subaru BRZ will give you the most fun you can hope for on the open road.

And what's wrong with more power?

The "problem" is that a well-designed sports car with 300bhp or more will have the cornering and overall handling to match, so while it's clear that it will be tremendously efficient, it's going to be so well settled and so well settled that we're going to have to take - and make others take - certain risks if we're going to get any kind of thrill.

Can a slow car be more rewarding than a faster one?

Of course, if we compare the performance -and even efficiency- with those of a modern GTI, both MX-5 look like hairdresser's cars, but if we do the numbers, we will see that the weight/power ratio of the modest MX-5 1.5 is similar to that of the first Golf GTI, and that of the MX-5 2.0 is slightly better than that of the Porsche 944... Do you really think you need more performance to enjoy driving? 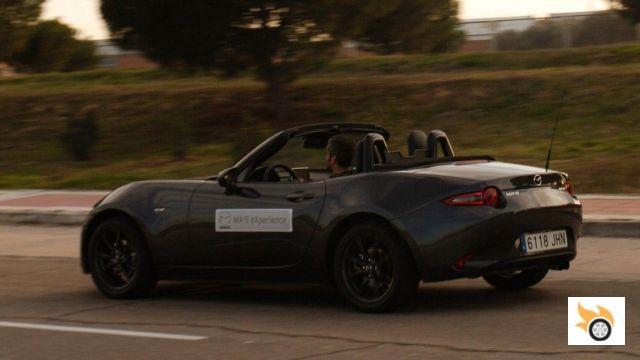 I don't know if you've read all the tests that have been published about the new MX-5 (I must have missed a few) and there are many who claim that the small engine version is even more fun than the more powerful one. How is that possible?

Well, I'm not saying it, most of those who have tested it say it: the new MX-5 is the paradigm of driving fun. Why? Well, firstly because it has a level of power that does not exceed us, and secondly, because although it has a good cornering, it is "slow" and noble enough so that everything happens at an acceptable pace, so we will have margin and time to correct small errors of appreciation.

In addition, its ESP lets you do, and if that wasn't enough, the 1.5 naturally aspirated engine revs up to almost infinity, its gearbox is delicious, its rear propulsion provides an extra spice and also does not pollute the steering feel... As Mark Hammond said: "I've had a great time with this car, and the best thing is that it hasn't been trying to kill me all the time".

If half of those who have tested the two MX-5s prefer it with the 1.5 engine, and the other half with the more powerful 2.0, maybe the power to weight ratio of both is around the ideal, don't you think? 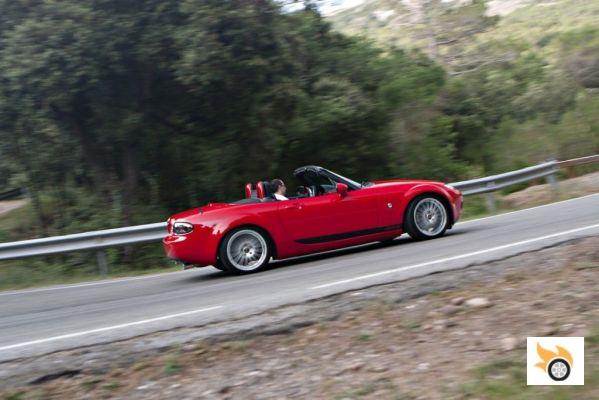 In short, sometimes less is more.

That's why the list of cars I would buy (or would consider buying) as a single car would start with the MX-5/124 Spider or GT86/BRZ. But as I admit that roadsters and coupes have some practical shortcomings, and that there are cheaper options, I think I'd also be happy with a front-wheel drive car like the Abarth 500, Fiesta ST200, Golf GTI... and that, without forgetting the still-powered 1 Series, or the 2 Series.

But if you'd still prefer to have more power under the right pedal, I won't be the one to say you're wrong, because you might see me in a 300bhp petrol car one day...

add a comment of Do you need 300 hp to have fun behind the wheel?