All petrolheads are wrong

And the reality can be very harsh. Look at what is happening with cars in recent years. Many sports cars are disappearing, downsizing, SUVs, speed limits backed by helicopters with military technology, semi-autonomous driving... Fewer and fewer manufacturers support us as target customers, because we bark a lot, but bite little.

In the end, product planners think about whether it makes more sense to satisfy the overwhelming majority of people who cough up the cash, or a minority who like it a lot, download images to decorate their desks and know the diameters of the engine nuts, but don't buy much! These people do not give money to manufacturers, especially if they buy discontinued models of fourth and fifth hand that then do not step on the official workshops.

I have no complex in admitting it, I have a big mouth. If it were up to me, I would have in my private collection a Toyota GT 86, a Mazda MX-5, a BMW M235i, a Ford Mustang 5.0 V8, a Chevrolet Camaro 6.2 V8... and an Abarth 500 Biposto to run errands and drive along the M-30 at the injection cut. When it comes down to it, my salary is only enough to buy those cars in 1:24 scale. And I have two more years of bills to finish paying for the Prius.

I tend to grumble and protest that fewer and fewer manufacturers are making cars I like, and more and more are making things I deeply detest. In the end, I don't know if it's due to madness, temporary mental derangement, binding advice from my future wife or the alignment of the planets, I'll end up with a three-cylinder, front-wheel drive, automatic gearbox, with 20-inch wheels and Internet installed on the dashboard to listen to Leonard Cohen's entire discography on Spotify.


The other day one of my classmates reminded me of a horrible truth, in all of 2015 only 50 Toyota GT 86 and Subaru BRZ have been registered in Spain. I say these models because they are a good example of cars for generalist manufacturers that almost nobody buys. The Premium make cars that I like too, but until they depreciate a barbarity I will only be able to drool when I see them. And watch out, 2015 was the best year in registrations since 2008. 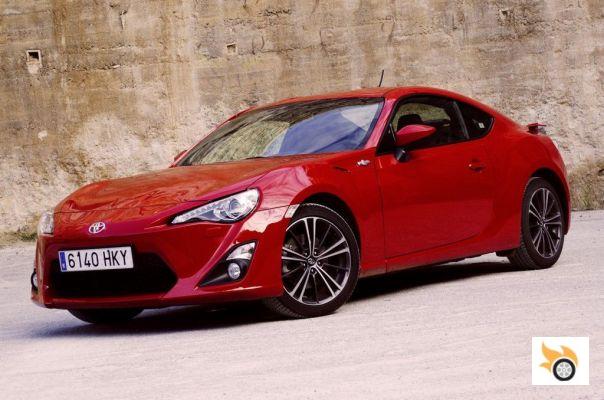 Sometimes SUV owners tell me, not without much reason, that with the amount of urban speed bumps, widespread back problems in the population, so many speed limits that you can't jump, so much radar and so much shit, why the hell would they want one of these cars. They go so quiet in their SUVs, afraid of the DGT, with room for all the stuff they'll carry twice a year. Assholes like me will have to go over bumps very slowly, and if I had threaded ones, I'd go over bumps at the same speed as turtles, or I'd wreck the underbody.

I was also told that the other day by a reader, with a spelling and grammar worthy of someone who has been dumped on an island in the 40's without knowing how to read or write, and who has just come across the film crew of "Adam and Eve". He said to me, "If you can't pass the speed limits, why do you want so many cylinders?" (the original phrase I translated into English). BMW is right, and they are right to make front wheel drive cars with three cylinders, it's what the market is asking for, and it can be very premium with the right combination of upholstery and interior contrasts. That's what matters, normal people don't give a shit about the rest, not even if they were going to take them apart themselves.


I'm starting to think that I should do my duty as a citizen and throw the Supra to a scrapyard, it's an old, obsolete and polluting car, ANFAC is not wrong. A diesel can spend half as much and I could move it more than 2,000 kilometers a year, and with what they give me from the PIVE I could buy some more reshulonas tires for my next tanker. I don't usually drive through the M-30, nor do I go into Madrid during high pollution episodes. But as Quixote said to Sancho, where you go do as you please, since I'm going to pollute, I do it like everyone else, with a good diesel that skips the legal limits. So as not to be out of tune.

I don't want to feel stupid anymore when I'm stopped by the Guardia Civil after entering a roundabout with the Prius on three wheels. The next time I'm stopped with an SUV, then I'll be able to argue that I was going 40 km/h -o'clock- and that the car started to fall over for reasons beyond my control, it's just that the car goes like that. 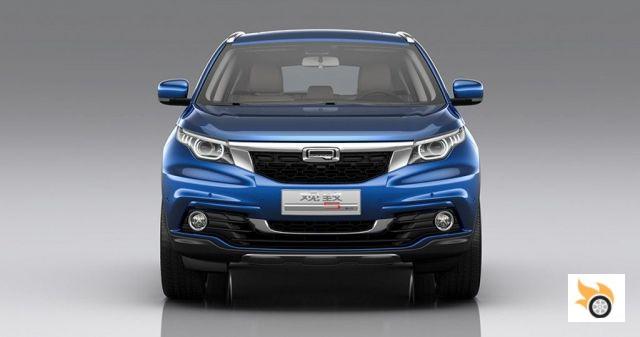 If manufacturers are making more and more logical, efficient and spacious cars, I must be wrong. Rear-wheel drive is not noticeable on a day-to-day basis, and it's better to have a good front-wheel drive car with a more spacious cabin, in case I put on weight again and lack centimetres. Besides, no woman will want to start a family with me if I don't have an SUV, she'll think I wouldn't value my offspring. And she would look for someone else with an SUV, for sure, I'm too old for adolescent whims.


I'll smash the radar detectors with hammers. I'll buy a three-cylinder petrol SUV that will set the maximum speed depending on the signal, and I won't have to do anything when I get distracted looking at the landscape. Then I'll be able to start disengaging from driving until the day a car drives just for me. At this rate, as a motor journalist I have no future, I should look for a job in a media that talks about mobile phones, wearables and refrigerators with IPv6 Internet.

There you have the Americans and the Orientals, some backward, who still insist on making big engines, putting rear-wheel drive that customers do not appreciate, or make designs that are outdated every five years. The Germans do know, the same design over and over again, with changes in language, give coherence and solidity, and their cars are always recognized. What the hell, Germans make the best cars in the world, that's why there are so many conspiracies against them.

I'm also wrong about LPG, the day I least expect my car will fly away, like that taxi driver in Barcelona. All to save a measly 3-4 euros every 100 kilometers, life is worth much more. Diesel is the future, OPEC says that until 2050 conventional engines will be 94% of the market, how am I going to contradict people who know so much about it?

It is time for you to repent and join me on the path of truth. We are wrong, and we need to see the light. Let's stop betting on the wrong models and brands that are still living off the profits of the 80s. The day you least expect it, they will save half the sheet metal to reduce the weight, and we will return to the pitiful passive safety that the cars of that era had. It's time to go for logic, common sense, common sense.

Let's choose better cars, let's be better drivers, and let's pay all our fines religiously. Surely they have been deserved. Let's put pine air fresheners in the interior, the Elvis doll on the dashboard, and ridiculous bumper stickers. Let's look down our noses at all those people who drive like madmen in dangerous cars, they are wrong.

NOTE: Before you call 911 thinking I've gone completely insane, look at the calendar, and understand that you've been the butt of a joke. The day I think that way, I order you to run me over if you see me on the street. I won't report you. You'll be doing me a great favor, and if I haven't been a father, you'll be doing humanity one too. Don't take the article seriously, even though it contains totally real facts.