"Will I be able to get my car license in 2 weeks?"

After my recent return to the academic world, I've surrounded myself again with people in that age group, 18-20 years old on average. Just like when I was that age, and when others were, we can basically distinguish three types of students: a) the nerd, who is going to get the maximum grade, b) the average, who will get what he can, and c) the one who does what is essential to get a 4.5-5 (and can get more if he wants). Our protagonist, J.L., is satisfied with just passing the exam, a textbook type c). His driving school "gives" him 10 classes, and with those 10 classes he intends not only to pass, but to share the roads with all of us.

Nowadays it is assumed that any kid of that age, if they like car videogames, have already played a Formula 1, a Need For Speed, a Test Drive, a Forza... and they should already have some innate knowledge of driving. Although young people aren't as wild as they were a few years ago - the "bakalao route" is sadly behind us - the probability of dying in a traffic accident is much higher when you're under 25.

It is the leading cause of unnatural death for them anywhere in the civilized world. 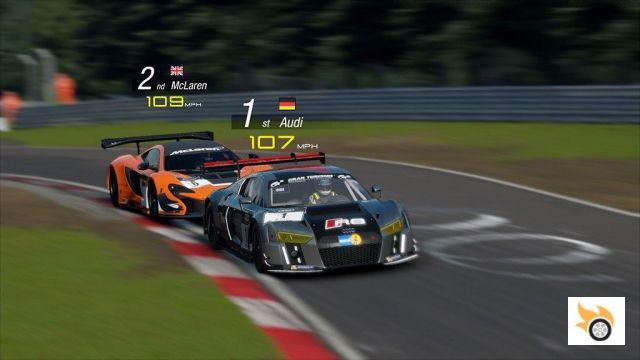 How can we explain that, in 2016, with such an educated youth, who have been swimming in information since they were eating their boogers, they are still suffering from this problem? Some things never change, even if they have changed the top 40, ridiculous hairstyles, what kind of beard is more trendy or how "shitty" pants are worn. Younger people have -I'm past 25, I have to exclude myself- an obvious psychophysical advantage: the body can withstand anything, perfect reflexes, lots of energy, little drowsiness, low reaction time?


And this advantage is cancelled out by a mixture of lack of experience and lack of awareness.

I don't know if bad drivers are born or made, but I have serious doubts that anyone who manages to pass a test by pure Homer Potra will end up being a good driver. In that same chat I said that if there is something that is left over in Spain, it is bad drivers, and that we don't need more of them. With 10 driving school classes you don't have a fucking idea of driving, you'll have some notions of circulation, little else. In a separate category would be people like "El Pera", who at 18 could already give driving lessons to the police. No, that's not the case with J.L.

A few of us Martians, beings from other galaxies or with genetic malformations, really care about taking the exam with a minimum of self-confidence in ourselves and our abilities. I took a first attempt with 24 classes and I failed in an incorporation of the street to the A-5 (Carabanchel) for doing it wrong twice. I gave six more, and I approved the second time. I'm not ashamed of it, I deserved to fail that first time, I wasn't prepared. Yes, you can be a professional driver, motor journalist and car tester without passing the license at the first time. So what? 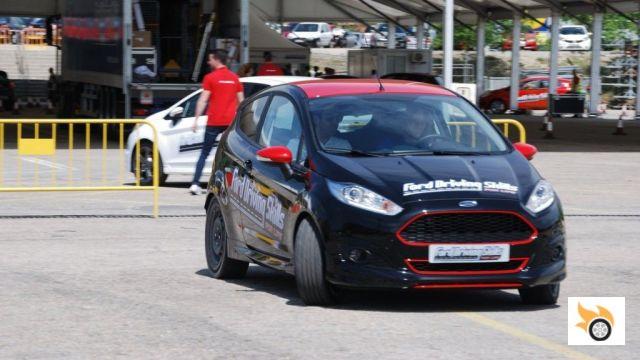 Those of us who have put more interest, asked more tricky questions to the driving school teacher and those of us who cared the most, laid the foundations of a correct training. Others, like J.L., it's enough for them to pass. After a year of license they will be the fucking masters, I paraphrase our protagonist in that chat: "Fernando Alonso 2 call me". In the fifth year they will be the gods of the asphalt. Within 10 years, unless there is a divine miracle, they will have already had at least one total loss.


I'm sick of people complaining that driving schools don't train drivers, but help them pass. Driving schools provide a service to their customers, and that service is to train them. In the same way that I can go to a restaurant and order just dessert instead of the full menu, a driving school customer can ask for help to pass a test, or for training.

How many people have asked their teacher to teach them, in a suitable place, how to do a dodge brake, control a spin or countersteer? Don't all raise your hands at the same time

Something has to change in the system, and I'm afraid it has to change in the form of tougher tests. I'm not talking about examiners subjecting students to traps like asking them to make a left turn when it's forbidden and the signage is poor. I'm thinking of something like obtaining a motorbike licence: anyone who can't do a circuit of cones, in a set time, without falling off, stays on the scooter. Applicants have to demonstrate a minimum of skills in case of emergency, as well as parking and respecting minimally the traffic signs.


More than one scooter driver will think that slow driving is enough, and that he or she will never need to deal with an emergency because he or she is a cautious driver. Confusing slowness with prudence is like mixing water with oil, they may seem to mix, but in the end, the oil always ends up floating on top of the water. Let's use the language accurately, proper speed does relate to prudence, otherwise farm tractor drivers would be the best drivers in the world.

It is a useless effort on the part of people like you, who read Pistonudos, to instill car culture in those who just want to have a means of transport. People like J.L. want the car to drive around with friends, take some girl in the back seat (or flat, you never know), go on vacation and stop using the bus. They don't need to know how to drive, they know, or so they think. No, we can't impose the love of driving, but we can take steps to impose that whoever goes out on the road does so with a minimum of guarantees.

Compliance with the traffic rules is not enough to avoid an accident or an embarrassing situation. 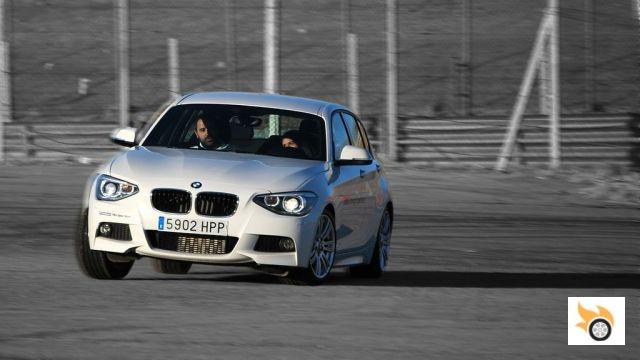 Modern car technology has saved a great many lives, even though countless drivers have no idea what safety systems are based on, how they are most effective or how they can be rendered ineffective. ABS, ESP, airbag or emergency brake servo are completely useless if you don't know how they work. In the meantime, the DGT is telling us that cars over 10 years old are a public danger, even though they already have the most basic safety systems available today.

Someone tell me how a car, say, 15 years old, with 4-5 EuroNCAP stars, four disc brakes, ABS, ESP, three-point seat belts with pretensioners and load limiters, active headrests or six airbags is a public danger. I'll accept boat as a mascot in Scattergories if that car is as neglected in its maintenance as the Aral Sea. But what if that car is in a proper state of maintenance? Is it still a dead box? Good riddance to them.

I have more confidence in a good driver with 15 years experience, in a car that's 15 years old, than a generic J.L. using a car just bought by mom or dad, with a license plate starting with J-, with as much experience behind the wheel as I have in breeding knowledge of the wild platypus of Murcia. The most stupid things are done at the wheel when you're under 25, and the more young people in the car, the more stupid they are. I'm not saying that, the IIHS says so. A car occupied by three people under the age of 21 is a time bomb waiting to explode. 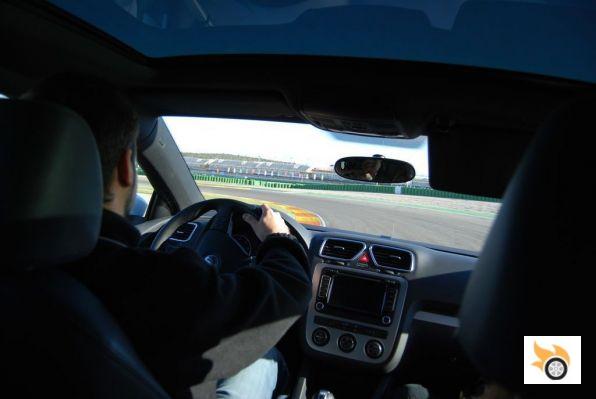 The correct training of drivers now depends exclusively on private initiative. On the one hand we have organizations such as CEA, RACC or MAPFRE, on the other the manufacturers. Of the latter, Ford stands out in particular, offering free driving courses -without marketing- for this group. In just one day they train them to see the consequences of being distracted, suffering oversteer or knowing how to brake properly. This is not taught in driving schools because customers do not ask for it.

The DGT, if it wants to improve the accident figures, has to change its policies, as we recently requested. It should not only focus on punitive measures, but also on preventive ones. Nip the problems in the bud. Morbid obesity can be combated with plant-based diets and Navy Seal exercise routines, or by focusing on healthy lifestyle habits when the subjects weigh much less than 150 kilos. It's all about prevention. Education is the first step, and if it starts at school, all the better.

I don't want people like J.L. to get their licenses at random. I don't want licenses to be renewed automatically after passing a simple medical examination either, there should be more continuous training. Society is still oblivious to the enormous responsibility of driving a vehicle in a jungle where there are so many players involved: vehicles, cyclists, pedestrians and pokémon waiting to be hunted. 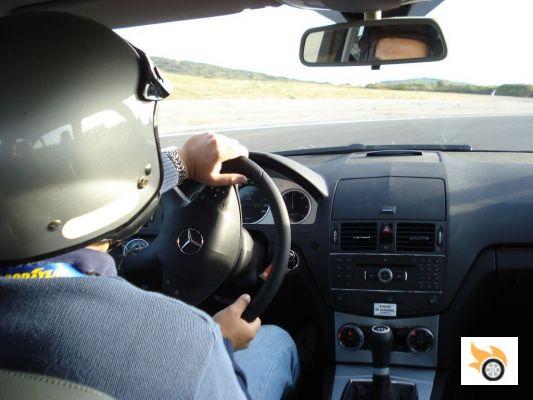 Aviation, one of the safest means of transport in the world, has a much stricter training system, and pilots are very well trained. Occasionally a nutcase like the depressed German co-pilot who crashed a plane into the Alps or the commander who made Malaysia Airlines MH 370 disappear in order to commit suicide in a creative way. Skipping the exceptions, it is harder to see a bad pilot than a bad ground vehicle driver.

The problem of the human factor is not going to be solved on its own, neither by providing a million seats for the Guardia Civil de Tráfico nor with 100 Pegasus helicopters.

The diagnosis is there, now the competent people in the field must do their job. Either that, or we let the problem continue to macerate until only a minority of crazy people drive manually, and the rest do it in autonomous cars. I'll be one of those crazies, as long as my body allows it. Driving involves enormous responsibility. We have exalted people like surgeons, judges and scientists for their mastery of their disciplines, but we look the other way when a generic J.L. gets to drive after removing a chink in his shoe: a formality called a driving test.

Some people might be thinking that I'm an enemy of the right to mobility, and that you don't need to be an elite driver to take to the road in a modern car. Whoever does, is wrong, I am satisfied with the fact that whoever thinks he is an elite driver and does not get to the point of being a ride-hailing driver has guaranteed mobility with public transport. When cars didn't forgive mistakes, being a good driver made the difference between the living and the aspiring corpses, but they paid the just for sinners. Right now even my grandmother can drive a Nissan GT-R.

Just as it is a vital certainty that there is death and taxes, a good driver will always get further than a mediocre one. That's the crux of the matter.

add a comment of "Will I be able to get my car license in 2 weeks?"