This is the "e-tron quattro concept", a very faithful advance to the production car that we will see in a few years in Audi dealerships in the form of fully electric SUV, probably with the name of Q6 e-tron. In fact, the Ingolstadt firm itself in the press release explains that its size is "halfway between a Q5 and a Q7". White and bottled?

Technologically, the car uses the MLB platform of the firm, in its latest evolution, the same used by the imminent new A4. Under the floor, between both axles, is located a large lithium-ion battery, which allows to reduce to the maximum both the height of the center of gravity and the polar moment of inertia, improving the potential dynamic behavior of the car. 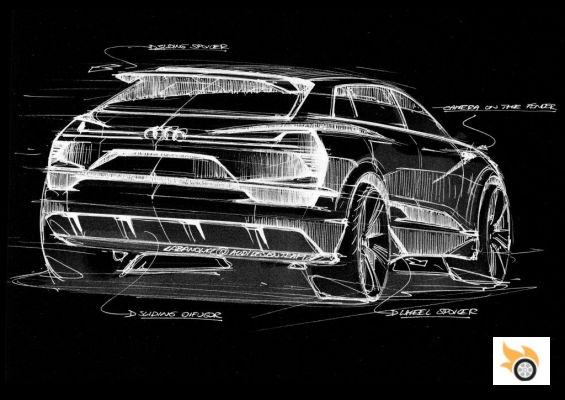 It has three electric drives, one on the front axle and two on the rear, so that the rear axle can achieve an effect of vector control of the vehicle yaw based on providing appreciable differences in torque on the inside and outside wheels to the curve.

Audi does not detail in depth the capabilities of the vehicle, but does promise a Cx of 0.25, really low for a car with this design, and a range of "more than 500 kilometers".