Why hasn't the Toyota GT 86 succeeded?

It is very grateful for the effort made by Toyota and Subaru investing in the development of the GT 86, a halo car of those who do not always bring benefits, but it shows that in these brands there are people who like cars. With the GT 86 Toyota offers its particular vision of what should be a car designed for the driver and accessible: a car focused on pleasure and driving fun, something like the Mazda MX-5 Coupe that many have always dreamed of ... Toyota teamed up with Subaru, which would provide its four-cylinder boxer engine and two liters.

The idea was to design a reasonably light car with a sufficiently powerful engine. By forgoing supercharging - due to its complexity - a progressive power delivery would be achieved, and in order to reach 200 hp with a two-litre aspirated engine, Toyota developed a sophisticated dual injection system - direct at low revs, and indirect at high revs - which, in theory, should allow a reasonable elasticity at low revs, and at the same time, a lively engine that could turn very high revs.

A very elaborate chassis, and its compact boxer engine placed very low and backward would put the icing on the cake with a fun, neutral and, at the same time, very predictable behavior... 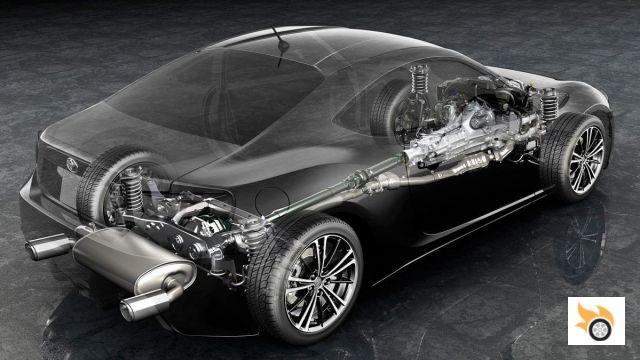 The GT 86 has everything a pistonhead needs to have fun behind the wheel, and for a reasonably comfortable daily use: a fantastic and entertaining behavior, a wide and comfortable front seats, two emergency rear seats, an "old school" feel, a relatively large trunk -for a short coupe-, a relatively accessible price...

The aggressive and very seductive aesthetics put the icing on the cake et voila, we have the perfect car for the young pistonudo, who appreciates the benefits of a perfect architecture and a very refined driving feel while analogical, very old school.


The downsides? Actually, very few: The engine is not a shot -especially at mid-range-, but it goes well enough, and the rear roominess is very fair for two adults, especially if the occupants place the seats a bit back, but nobody in their right mind would expect good rear roominess in such a rear-wheel drive car.

So where's the problem, why doesn't it sell more?

The problem is that the typical GT 86 customer must meet a number of requirements that are difficult to find in one person: firstly, it must be someone who doesn't need the practicality and "adult" rear seats of a compact, or who can afford a second car. Also, he/she must be sufficiently pistoned to understand that the GT86's power and performance are more than enough, and of course, he/she must be fond of using the gear lever as the GT 86's engine doesn't have the low and mid-range torque of today's usual supercharged engines. However, there is an automatic version, not very recommendable. 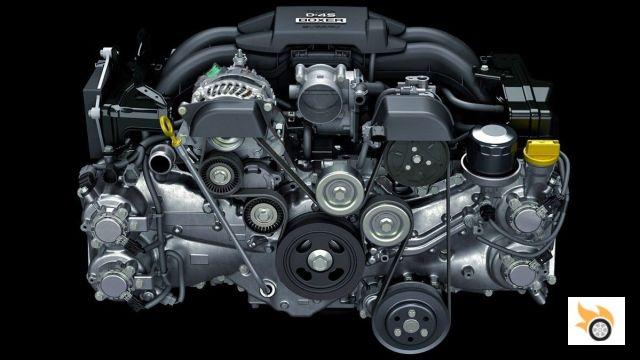 On the other hand, you must have a certain purchasing power to buy a car that is around 30,000 euros, and does not belong to a brand considered "premium" ... and finally and perhaps most importantly, you must have a young heart to fall in love with a very aggressive, youthful and expressive aesthetic, which attracts much attention ...

In short, customers who like the GT 86 as it is must be piston, young -at least in spirit-, not having to frequently transport more than one friend, not having too many space needs, they must have enough money, and also not be too conditioned by the "marquitis"... Do you know many who meet these conditions?


Another detail to take into account is that the target audience for this type of car does not have the same purchasing power as in recent times, and tends to buy cars with a higher practicality.

For the GT 86 to have had the desired success among young people, it would have had to be much cheaper - the MX5 for example has much more accessible entry-level versions - I know, it's difficult, but 30,000 euros is a lot of money. And besides, there are many young people who think that 200 hp is not enough, and that for a car to be cool, it has to have been made in a certain Central European country that no longer makes cars of this type... A basic version would have less power, nothing crazy just 10 years ago, before the dictatorship of turbos.

Personally, I think it would have been much wiser to opt for a more elegant and classic aesthetic, a design focused on the more mature pistonudos, -which after all, are those who can spend 30,000 euros on a 2+2 sports car-. I know what I'm talking about because I know the MX-5 clientele well, a clientele that although a little less racing, in many aspects coincides with the potential clientele of the GT 86. My experience tells me that the new generation of the MX-5 -with a much more aggressive and expressive design than the previous generations-, Mazda has managed to capture a much younger clientele, while the mature ones prefer the more classic and discreet design of the previous generations of the Japanese roadster.


That's why I think the big mistake of the GT 86 is its aesthetics, too focused on the young customer. It's not that it doesn't have a good design -which the restyling has spoiled a bit-, on the contrary, the original GT 86 was a really attractive car, with very interesting shapes at the front and a very successful silhouette and proportions, it's just that its design was too focused on aggressiveness and expressiveness.

In my opinion, the GT 86 should have opted for a more relaxed and classic style, I think this way they would have reached a more mature audience -and therefore, with greater purchasing power-, and I do not think that a cleaner and classic design would have subtracted sales among young people, because the young pistonudos also like the classic and well-proportioned designs. And to illustrate my idea, I've taken the liberty of making a quick sketch of my GT 86 idea, with proportions that would fit the GT 86 packaging, and -I don't deny it- very much inspired by the beautiful 2000GT.

What do you think, would it have been better for the GT86 to have a cleaner, more classic design?

Why are there no French premium brands? ❯

add a comment of Why hasn't the Toyota GT 86 succeeded?