The classic approach to motor shows is changing fast. We are no longer talking about unavoidable appointments where not being present means that there is no media coverage. We don't need specialized journalists for that, social networks can do that job at a very low cost. At the end of the day, only a fraction of the visitors are going to be present. Of all of them, only a small part will spend money on cars, the rest will contemplate or compare.

On this occasion I will ask for permission to add a few personal comments. I was at the 2013 Frankfurt Motor Show, where I walked almost a marathon between the different pavilions and ended up drenched in sweat. I still freak out with the pavilion ¿12? (my memory fails me), where BMW set up a small circuit and exhibited -with notorious prominence- the BMW i3 and i8. I imagined it had been very expensive, and today I found the figure: there is talk of 50 million euros.

That's as unsustainable as it is for journalists to take enough material from a show to work for a whole month -individually- to make a decent coverage. In practice, we have to divide up the work because there is too much information. At least now you can get it conveniently from press pages, email and other media, and not by lugging around a trolley full of paper and photographs.

I'm not talking about the Pleistocene, but about 2004, when 20 years after the existence of the Internet as we know it today (with TCP/IP protocol) there were still many brands that didn't do electronic mailings and relied on postal mail or by hand. That's why I treasure some press kits, like the one for the Ferrari range: either you were there, or you didn't take the CD with you. Now anyone can download hundreds of thousands of photos without even being a journalist. Few press sites have passwords anymore, and even fewer require a journalist's ID card.


The business of communication in this sector is becoming unrecognizable in the face of the greatest eminences in the profession.

The late Manuel Domenech suffered a heart attack at a motor show, which he later ironised in one of his articles as "a heart attack show", and he got over it. There was a second heart attack, and that was the last one, he was 61 years old. Talking to people of his class, they had very different memories of how the salons were. As there was no dictatorship of speed on the Internet, the trips were more relaxed, there was plenty of time to digest the hullabaloo, and there were no fights over who published faster and with less care. Let's see if you think that releasing a news item 5 minutes after it appears is "quality journalism"... No, it's not, but it's what most people demand: everything for now. 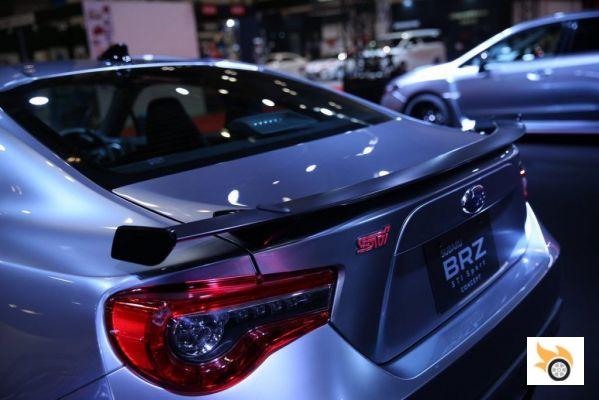 Several things are starting to become unsustainable in the salon business. Of course, going to a show is starting to be newsworthy just to have photos and videos in situ that are our own, or to interview the select people who run the brands there. It makes our job so much easier that we don't even have to travel: the materials are delivered electronically, all the photos and videos we want, even taken on the spot by professional photographers, at zero cost! There are brands that even canned interviews, obviously with everything they want to convey.

For visitors it is not essential to go, and it is possible to get information even without resorting to motor publications: just follow the manufacturers on social networks. Even the launch events are broadcast live, you don't need to belong to a select club: whoever wants to join can do so, without passwords, registrations or anything else. On the one hand that's good for the fan, but on the other hand... I have my doubts. I'm certainly not the kind of person who would spend a lot of money on travel, accommodation and tickets to see a show. And I love cars, eh? I would say the same without being a professional: if they put it in my province (Madrid) I'm going to see it, if not, I'll watch it from home.


Where do I want to go? As they are no longer unavoidable appointments, the expense is not unavoidable either. Several manufacturers prefer to diversify their investments, it can be more profitable the Goodwood Festival of Speed, the coven of Worthersee, a Mobile World Congress or a la carte events where you don't have to fight for attention in front of dozens of novelties. If, on top of that, there is no ceiling on spending, these shows are more like Formula 1: those who have plenty of money or the attention whores who can squander a little to get people talking about them go, starting at a million euros per exhibitor. 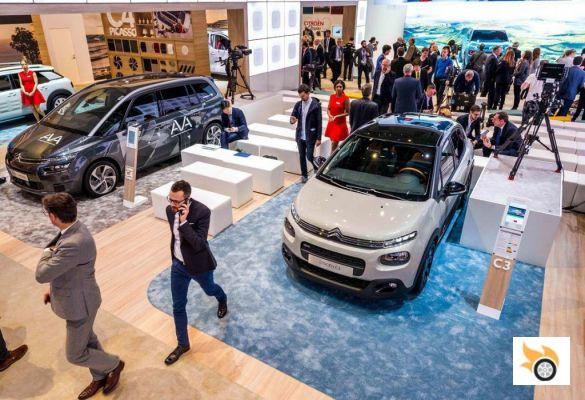 The Geneva model makes more sense, where costs are more contained and manufacturers compete on a more equal footing. A large part of the problem is solved this way, that the big fish have to optimize a limited amount of money in relation to the smaller fish. Even so, it is a nonsense, I know many colleagues who, going on their own -the brands do not invite everyone- have had to stay almost 100 kilometers away from Geneva because there are no affordable hotel places for everyone. We will have to start thinking about Airbnb, until another bubble inflates.

If it were up to me, I would take a holiday coinciding with Geneva, Frankfurt/Paris, Detroit... they are the worst weeks of the year in terms of work load.

It's nice to remember a stand because there were about 50 hostesses, like what Mazda did in 2008 in Madrid (cheers to the sinner of the meadow who never passed me the photo where he was with them). It's really cool to see a 300 meters long circuit to drive BMW's new cars in a 12.000 square meters pavilion. It's cool to see a Porsche placed in an impossible position and hanging from the ceiling or a wall. Yes, but is it necessary to convey the message you want to convey?


It is clear that the shows must convey a message for practical purposes (to win customers) but it also has an emotional effect: that people identify with a brand even if they are not customers of it. I'm sure that a minority of Pistonudos readers own a Lamborghini, but I bet my scrotum bag that with enough money in the bank account, there would be more "Lambo" owners around here. It's not just want, it's can, but want always comes first. We need to work towards a more sustainable show model, for the brands and for the public, or there will come a day when journalists and fans will watch it all from home. There won't even be a need for physical presence at the show, everything will be recorded in the studio, thrown up on social media, and we'll remember that anachronism of the typical 20th century motor show. 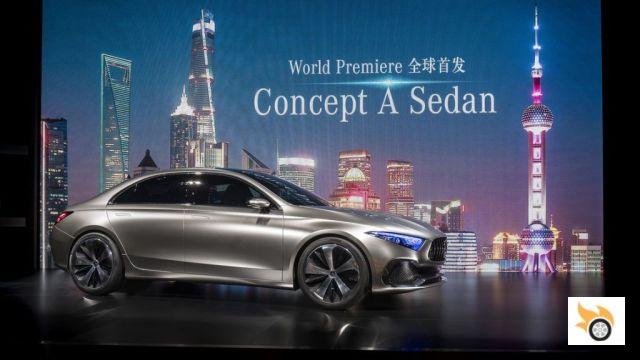 Ferrari, Rolls-Royce or Aston Martin may have no need to go to a show to fill reservoirs with fan drool; they will still sell their entire production. Other manufacturers don't have such an emotional connection with people, and if they lose it out of a strict sense of profitability, they're not going to fare very well against others who do. As for mixing cars and gadgets as if they were the same thing -model of the AutoMobile in Barcelona- is another swampy topic that I'll dive into another day.

How to design a suspension ❯