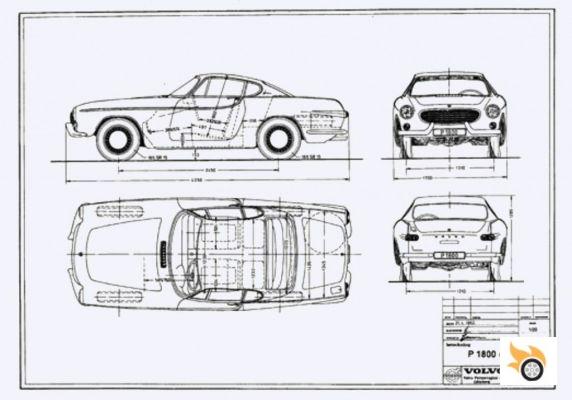 A bit of history

The first P1800 left the factory in 1961. But the green light for the project was given 4 years earlier, in 1957. Let's take a look at how. Volvo's president at the time, Gunnar Engellau, who was fascinated by Italian cars, wanted to produce a Volvo with a design made in Italy, and he entrusted one of his deputies, Helmer Petterson, with the task. Good old Helmer spent some time commissioning designs, coming up with four finalists. When the day came, Helmer presented the four designs to the president, who selected one of them to be produced.

Who was the magnificent designer who had managed to dazzle the president of Volvo with his design? None other than Pelle Peterson. His name doesn't sound Italian. Because it wasn't. It turns out he was the son of Helmer Petterson, a 25-year-old Swede who worked in Italy for designer Pietro Frua (father of the Maserati Mistral). Helmer hadn't told him. But somehow, the president learned the truth and flew into a rage, promising that Pelle Petersen's name would never appear in connection with the car's design. It wasn't until several years later that young Pelle's merit was acknowledged, but that didn't matter. One of Volvo's most beautiful cars was born. 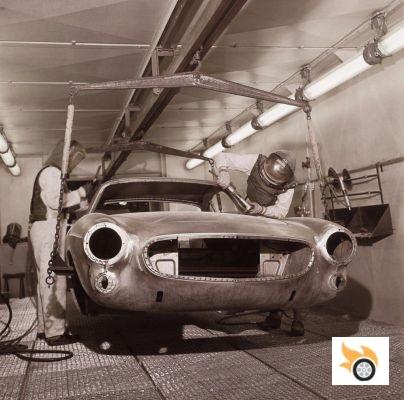 Production began...in the UK. Pressed Steel made the bodywork, and the final assembly was done at Jensen Motors (the makers of the Jensen Interceptor). Wait a minute: a Volvo from Sweden, designed in Italy, and made in the UK? That's right. Very international for the time. By 1963, it seems that Jensen had some quality problems in assembly, so Volvo decided to stop production of the P1800 and moved production to Lundby in Gothenburg. The Volvo 1800S was born and was already Made in Sweden.

That same year, Volvo would introduce the 1800ES variant, a ranchera body type (sports state), very ungraceful, by the way, of which just over 8,000 units were sold. Production of the 1800 series would end in 1973, due to changes in safety and emissions regulations in 1974. 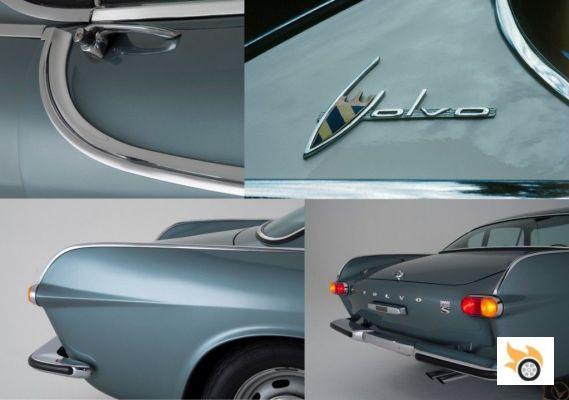 We are going to focus on the S version and we will separate this section in the three most important parts in the design of a car: front, side and rear. 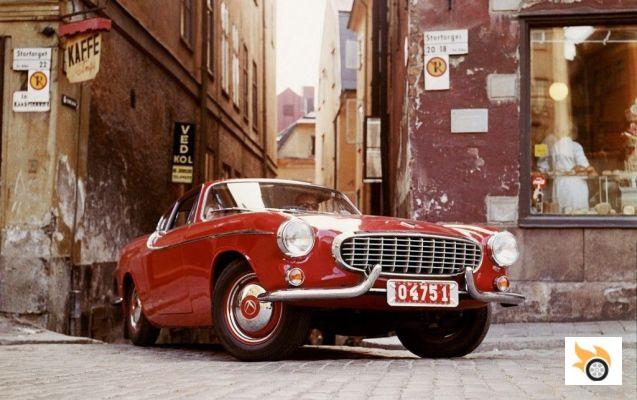 Starting with the front, we see the purity of lines and simplicity (not simplicity) in the design that Volvo employed. Round headlights, just above the turn signals, flanking the slightly oval grille, and ending with a bumper that winks upwards to meet the license plate, splitting it into two pieces. This inclination of the bumper was quite peculiar at the time, where straight one-piece bumpers were the norm. The design enhances the car's poise, choosing a good ratio between height and width, highlighted by the horizontal lines of its design.

Now let's talk about the side, one of the 1800S's strong points. Based on the design of the Volvo P1900, Pelle Petersen made a few lines that marked the sporty character of this Volvo: straight and high waistline, higher proportion of body than glass, windshield and window drop similar to the Porsche 356, and the most characteristic line of expression: the one that takes us from the front, to the end of the front window, making a slight curvature when it reaches it. Like a hockey stick. It was not limited to placing a chrome strip, but gave depth in the impression of the door panels. This line evolves towards the rear, emphasizing the false linearity of the waistline. Why false? 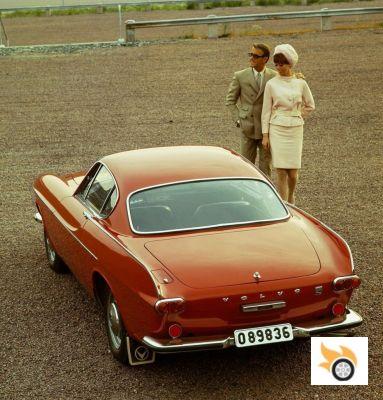 Let's move on to the rear. When you look at the rear three-quarter view, the boot has a certain droop to it. It's concealed by those rear wings, which extend upwards, and hide the rear end droop. As if the designer had pinched the bodywork. It looks as if the car were flanked by two pieces, protecting the occupants. Masterful. To top it off, two oval lights on each side that include brake and turn signal, and the central wink disappears, becoming linear, but maintaining the division into two parts thanks to the position of the license plate.

Let's take a look now at the C-pillar. As you can see, it makes a slight curvature, to move from the side to the rear. Apart from being a nice detail, it surely helps aerodynamics. In this image we can also appreciate the depth of the side line, from the front wing to the door. 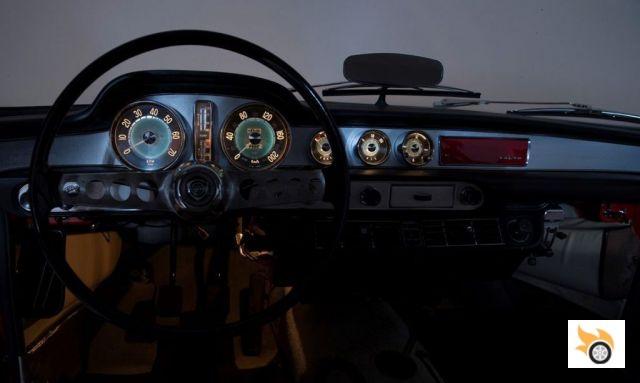 Entering the cabin we see a simple car, of the time. Although it has some interesting details, such as the rearview mirror, located at the top of the dashboard. Note also the leather straps on the rear seats, to hold the luggage. The trunk wasn't very capacious.

The dashboard, with straight and simple lines, with aluminum panels, did have a very adequate instrumentation. From left to right: revs, water temperature (vatten in Swedish, upper) and oil (olja in Swedish, lower), speedometer, fuel level (bensin in Swedish), oil pressure and clock. One level below, we find the controls for lights, heating, windshield and ignition key. 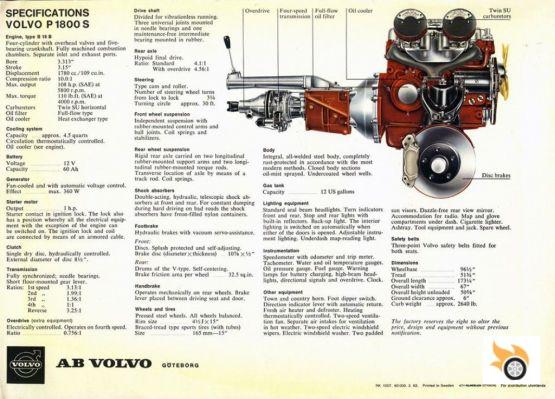 Starting with the engine, we find a simple 4 in line of 1798 cc (hence its name), mounted in longitudinal front position. This engine evolved throughout the life of the 1800. It started with a twin carburettor and 90 hp in the P1800 version, going to 96 hp in the 1800S. In 1968 they upped the displacement to 1986 cc, also raising the power to 105 hp. The last update was the introduction of electronic injection in 1971 along with the new 1800E designation, reaching 124 hp and this was the last evolution of the model. 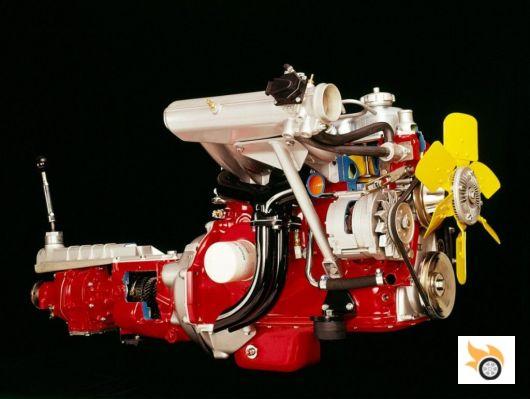 The gearbox was a 4-speed, to which an overdrive was added in later evolutions. You could also opt for a 3-speed automatic transmission, made by Borg-Warner.

Moving on to the suspension, it had double wishbones at the front and rigid axle at the rear with two longitudinal arms on each side, and Panhard bar. It also had hydraulic shock absorbers. A simple suspension system, but effective.

As for brakes, it had front discs and rear drums. Until the 1800E was introduced in 1970, equipping since then discs on all 4 wheels.

In the image that heads this section you can see the specifications of the 1800S of the years 68-69. 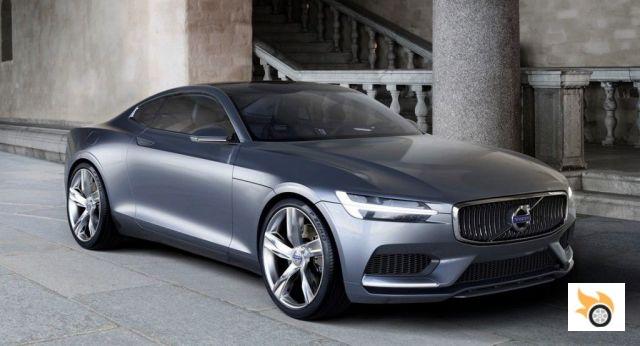 In 2013, Volvo presented the Concept Coupé, a design study that would set the guidelines for the Volvos we are seeing today (S90, XC90). But what's interesting is that Volvo's current designers drew from the historic P1800 to sketch the future. Notice the side line in the next picture, or that wink to the "hockey stick" on the door opener. 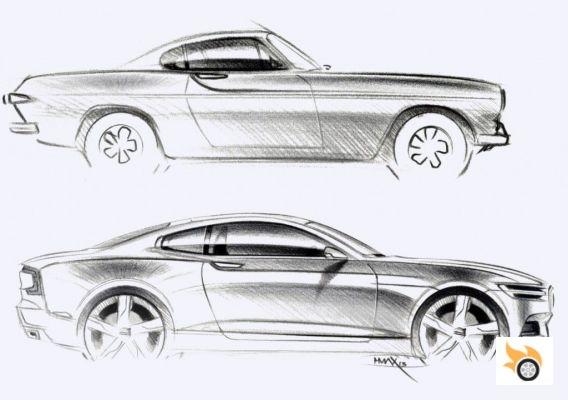 As I said before, it's important for a manufacturer to reflect where it comes from, taking inspiration from past designs, updating them and mixing them with new trends, creating a new brand image. 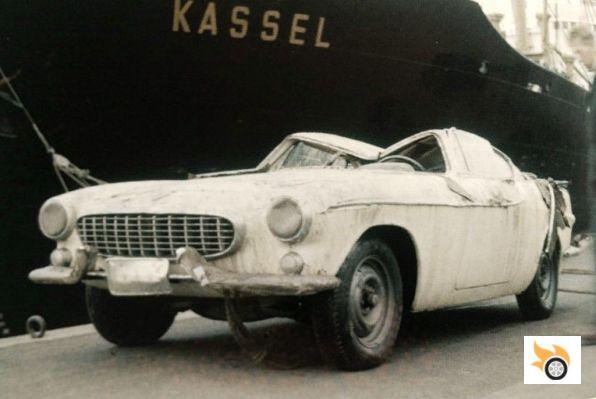 Maybe you've already been introduced to this Volvo. But let's mention some curiosities that you might not know: 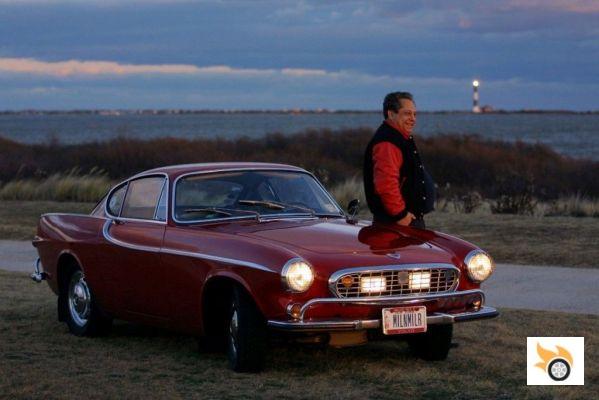 The story of a lifelong love

This gentleman deserves a few lines of admiration. After 50 years of living together, Irv Gordon still loves his Volvo 1800S. His love for it began in 1966, and the first weekend he had it in his hands, he put 2,400 km on it. That's a love of driving. So, day in and day out for years, good old Irv drove his Volvo, with no major repairs other than regular maintenance, until it had clocked up 1 million miles (just over 1.6 million km) and had only had a complete engine rebuild.

For such a feat, Volvo presented him with a shiny new Volvo 780. But Mr. Gordon didn't take much notice, and continued to drive his 1800S. Until 1999, where he entered the Guinness Book of Records, clocking over 2.6 million km, the highest mileage car on the planet. Irv continued to do his thing, and as we said before, Volvo organized an event, flying his car to Alaska, to celebrate the 3 million miles. That's almost nothing. And it looks like he's still getting more than 5 million miles on it.

How is this possible? In an article in this month's Telegraph, Irv Gordon provided details on his tricks to eternal mechanical youth, which we break down below:

Of course, Volvo for life, at least in the case of Irv Gordon, is absolutely right. The Volvo P1800, a reliable, timelessly beautiful and simple sports car that must be fantastic to drive, according to Irv Gordon. A true lover of cars and driving. Just like us. That's why we're Pistonudos.

If you want to enjoy this beauty in motion, I leave you a video from Petrolicious where you can see it in all its splendor, and its owner, an artisan watchmaker living in Hawaii, tells us about it:

add a comment of Volvo P1800, the Swedish beauty