This is how intelligent traction control works

It's clear that not all drivers need the same thing, and all-wheel drive is certainly not always essential. For most people it has more disadvantages than advantages: an extra 3,000 euros (or more), more weight, more fuel consumption and an element more susceptible to maintenance or breakdown. Most people will be happy with two-wheel drive.

It all depends on the surface on which you drive, and in what conditions. If you're always driving on the road, all-wheel drive starts to be missed when the weather is bad: rain, snow, ice, or just a cold road. It can also be missed in very slippery conditions in good weather, such as the layer of sand that is often found near the coast, which can be as dangerous as ice, but you can't see it, and it doesn't warn you.

Why does this happen? The most normal thing is that a passenger car is fitted with summer tyres, which are designed for driving on the road in dry or wet conditions. The performance of these tyres decreases with low temperatures or more slippery surfaces. The tread pattern is not prepared for this, nor is the compound itself.

Mixed tyres are designed to better evacuate other elements apart from rain, such as mud or fine snow. Hence the M+S (mud + snow) certification; not only is the tread pattern more optimised for this, but also the compound. In conditions of high thermal variability, there is not that much difference in performance. Another way of looking at it is that it's not a tyre that excels in winter or summer, but it's an acceptable compromise for those who don't want to change tyres seasonally.


The second problem is called traction control. Cars have always had a free differential. In other words, the differential allows the wheels on either side to turn at different speeds, as the inside wheel has to turn slower than the outside wheel when cornering. If they were to turn in full lock, the tendency to understeer would be greater, and the wheels would wear out sooner.

Models equipped with self-locking or limited slip differentials (LSD) tolerate wheel slip up to a certain point, and when that happens, the force is diverted to the one with better traction (turns slower). In a freewheeling differential, one wheel can spin like crazy, and the other can become stationary. Traction control prevents this by braking the wheel that is spinning the most, forcing the opposite wheel to spin, thus balancing the torque distribution.

However, traction control can be a drawback, because when wheels slip it tends to slow them down and reduce engine power. There are conditions in which the driver may want additional slip, for example on snow, so there is a button to disable traction control for specific conditions. Whether or not the car can get out of it will depend on the available grip, conditioned by the surface it is facing, and the tyres. Even a 4×4 can get stuck like this. 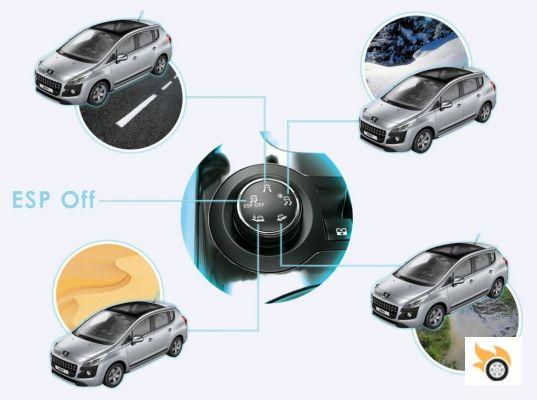 This is where extended or intelligent traction control comes in, each manufacturer calls it what they want. It's not my purpose to analyze the traction controls of SUVs, nor 4×4 SUVs, but that of crossovers or two-wheel-drive passenger cars. The driver can choose with a selector which type of behaviour he wants, depending on where he's driving:


This electronic assistance does not make much sense with summer tyres, and there is a logical reason for this: when skidding is tolerated on a slippery surface, it is so that the tyre can remove mud, sand or snow. If the tread pattern is not suitable for this task, then no progress will be made as soon as the water channels are clogged.

Manufacturers who market this type of aid do so with mixed tyres. Therefore, a crossover can become a more logical car in difficult conditions, because in addition to better traction, there is the advantage of a higher ground clearance. The lower the bodywork, the easier it is to support the belly, and getting out of it becomes excessively complicated, the friction force shoots up.

In the PSA Group, for example, this assistance is called Grip Control and is offered on the Citroën C4 Cactus Rip Curl, Peugeot Partner Tepee, Peugeot 3008, Peugeot 2008, etc. Renault, meanwhile, calls it Extended Grip, and it is installed on its Captur, Kadjar crossover and XMOD versions. There is an important difference between PSA's system and Renault's, and that is that PSA's has more functions, while Renault's only has three (road, unstable terrain and expert).


For occasional snowy escapades you don't need a 4×4, this combination of traction control and M+S tyres is more appropriate, and more effective than chains. 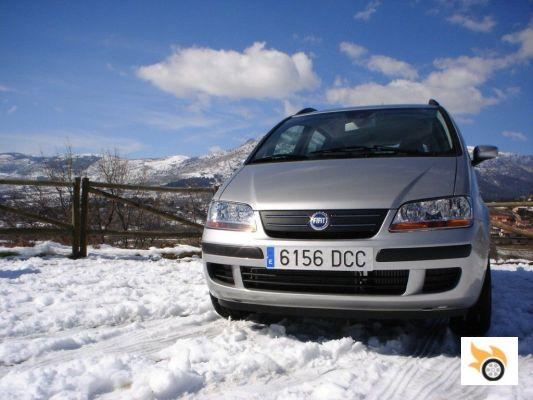 In any case, do not underestimate the potential of any 4×2 car equipped with winter tyres, it can have a more than acceptable traction with and without traction control -conventional type- if it is not a very deep layer of snow. If, in addition, it has a self-locking differential, or failing that, an electronic differential (based on brakes) the result can be better than that of a 4×4 with summer tires or 100% road.

Crossovers are raised cars, practically all of them are 4×2. For those who do not have demanding off-road requirements, they are one of the best options available. There are no affordable models that allow you to raise the suspension to enjoy a higher ground clearance in a timely manner, another thing is that they alter the hardness of the shock absorbers (but not their travel).

As always, remember that every system has its limitations. Even the toughest of 4×4's can get into trouble, with mixed or winter tyres, if things get really bad. There are technical solutions for everything, but they're not as practical or affordable as we'd like. Here's a graphic example:

add a comment of This is how intelligent traction control works