The generation of appliances on wheels

There are people who will have no contact with car technology beyond what is in the driving school book. At the slightest problem, they will contact roadside assistance or a technical service. What's more, many cars already give direct access to an official service in the event of a breakdown, as some can be diagnosed without anyone getting their hands dirty. Magazines like the one at the top of this article are going to remain an anachronism, a vestige of times gone by.

This is what has happened in the computer world. In the mid-90s -I'm not going too far back- you had to be computer literate for many things or have someone handy to fly them. Before Windows 95 democratized a lot the coexistence with the PC platform, you had to be a virtuoso of boot floppies, master the first 640 kB block of memory, words like IRQ or DMA or know how to fiddle with jumpers. I know, many of you will think I'm writing in Chinese, but it's English, and all that was used extensively. Plug & Play also brought the whole computer thing much closer to human beings. 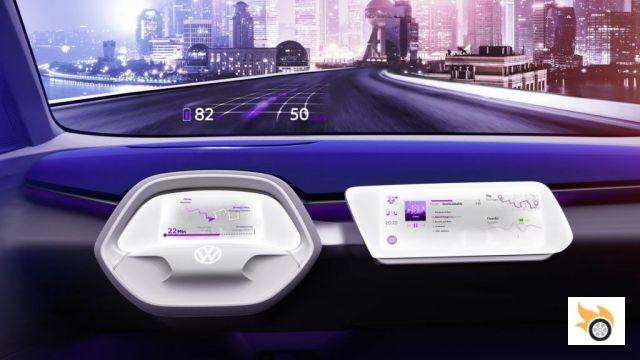 Now we can see a six year old kid manipulating a mobile phone or a tablet with complete ease, and more than one will think that this will make him a computer guru. Maybe we are wrong in the definition, he could aim more ways his 20-30 years old equivalent before he knew how to program in BASIC, Logo or move around MS-DOS without touching a mouse or other tactile and intuitive things. But I'll go back to cars so no one misses me, is learning mechanics in Gran Turismo the same as getting your hands greasy? I don't think so.


I get the feeling that the manufacturers have come to the conclusion that making cars for people who don't like cars is more profitable than making them for those of us who do like cars. I'll explain... At one extreme we have the philosophy of the car enthusiast who will suffer if he has to get rid of his ride one day due to breakage, accident or the need to sell it. At the opposite extreme, a compulsive consumer who gets bored of his transportation appliance in less than five years, and keeps paying for the new model that has gadgets and new stuff. Which of the two extremes makes more money for a manufacturer? It's obvious.

Little by little, car-related things are perceived as burdens that take up our time and energy. Wasting time comparing models to choose the right one, visiting dealerships and sitting in the device that is going to consume a good amount of money is not as fashionable as it used to be. Maintenance, another burden, with how "comfortable" it was to take the car to the mechanic directly when something broke. In nothing I'm seeing a service in which the manufacturer will be allowed to pick up our car wherever it is, do the service and leave it where it was. If in the United States there are already companies that go around with tanker trucks to refuel the tanks of their busy customers when they have their cars stopped? 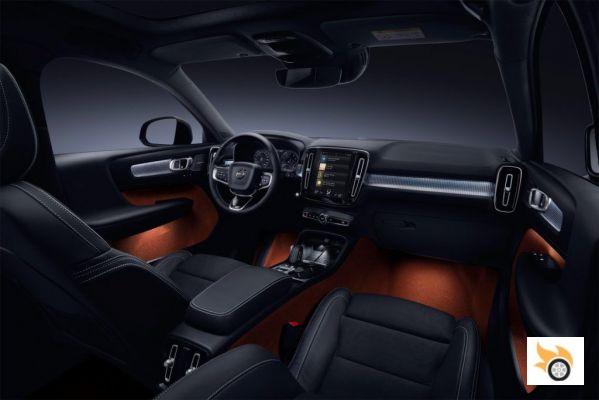 The recent case of the Volvo XC40 has reminded me of a commercial trend of manufacturers to offer an "all-in-one", with maintenance included for a season, work to be done of course in official dealerships. There are certain maintenance operations that can no longer be carried out by just anyone with a basic toolbox, as was the case a few years ago. There are models where changing an H4 low beam bulb is a nightmare of cables, caps and trims... but how cool was that headlight in the catalogue!


The profession of mechanic, as we know it, does not have much of a future in a few decades.

Mobile apps parasitize our modern way of life. They allow us to find flatmates, flirts, buy and sell anything... This leads to a disconnection with certain areas of life, such as small business, "analogue" friendships or direct interpersonal contact. Obviously that will come one day to the buying process. There are already companies that through mobile applications can simplify the process of buying a car to the maximum, you just have to have approved the financing and put a signature on the papers of the waiter who brings the new model in the truck.

The increasing advent of semi-autonomous and defensive driving systems will do more for road safety than pretending that most people are aware of the importance of driving well and the physics associated with driving. In the next step, the roads will be littered with self-driving cars, while their occupants relax with movies, social media, naps or whatever they prefer. Yes, all those people are going to give more money to the car industry than those who bother to maintain their cars themselves, to perfect their driving and/or extend their useful life as much as possible. 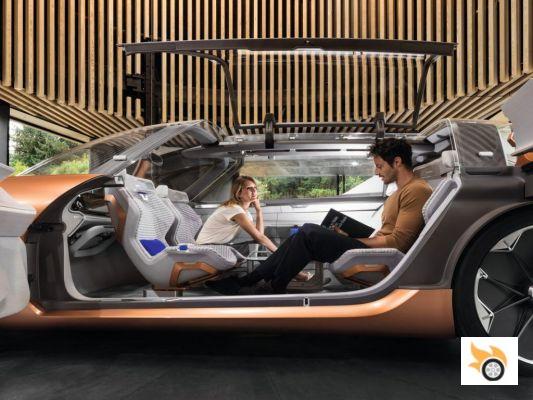 The car enthusiast - or petrolhead - is becoming less and less important, probably because we are wrong. Designers are more concerned with making cars that look sporty - but aren't - than with making cars where the sportiness is in keeping with the content of the carcass. The word "sporty" has been prostituted so much that any two-tonne-plus mass can be considered as such, but a model that exceeds 200 km/h and has a weight/power ratio of less than 5 kg/hp just because it doesn't have a turbo is not considered sporty -or that it doesn't run very fast-.


We are constantly being sold a non-existent aggressiveness, increasingly decaffeinated sensations and a greater disconnection between the driver and the road. Ultimately this is what is intended. On the manufacturers' side, the administrative side is also fighting against the recreational nature of vehicles, without this meaning that I think that since going 200 km/h is a crime it is no longer fun to drive. Why don't more manufacturers like Mazda, who still care about this human-machine connection that has nothing to do with touch screens, do more?

I wonder if this drift that disconnects man from machine will gradually divide the automotive world into two very distinct blocks: enthusiasts and users of a means of transport. Perhaps this will mean highways full of autonomous cars and that secondary roads will be left for more recreational and enthusiastic use - and this does not clash head-on with road safety. I can buy the idea: fewer cars carrying more people and with a higher level of safety. Yes, great, as long as the fun and enjoyment side of driving is still preserved, like those who take a ride on horseback, cycle along a greenway or go for a sail on a sailboat, when there are more efficient and comfortable transport alternatives. 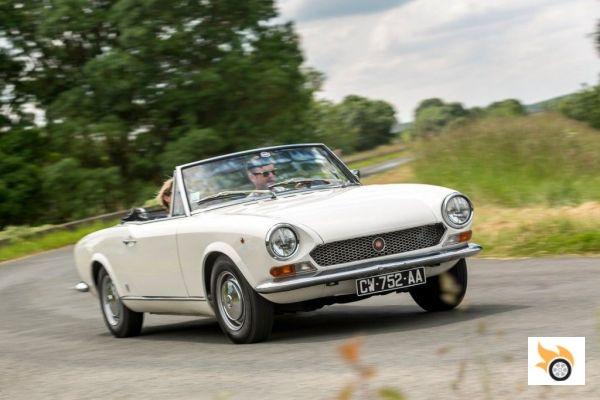 I don't want to conclude that all times past were better, for some things yes, for others no. If there are companies like Kodak, PanAm or General Motors, which have gone bankrupt or have lacked a hair, if I were a car manufacturer I would think a lot about my priorities. Maybe some business model bets contribute more to their end than to their survival. It is all very well to respond to the needs of society or new trends, but beware of the monster that is feeding itself.

We may be heading in a straight line towards a drift in which cars will have to increase their prices so much that they will become unaffordable or unaffordable for ordinary citizens, and they will have to use cars only when necessary and on an ad hoc basis. Brands like Tesla have already envisioned that some of their models can make money - or reduce ownership costs - by driving strangers around while they are not in use. In LYNK & CO's vision, something similar happens. In those visions, people with little purchasing power don't seem to exist.

I hope that there is still a place for simpler vehicles, which are not just another mobility solution. I hope that manual driving will continue to exist - at least as long as this living fossil breathes - and that it will be possible to enjoy a classic car, even if it runs on synthetic fuels. The other day I was joking with a colleague of mine, and I was telling him that what future did he see for being a motoring journalist if by the time we reach retirement almost all cars will be autonomous. Maybe we'll all have to take early retirement. 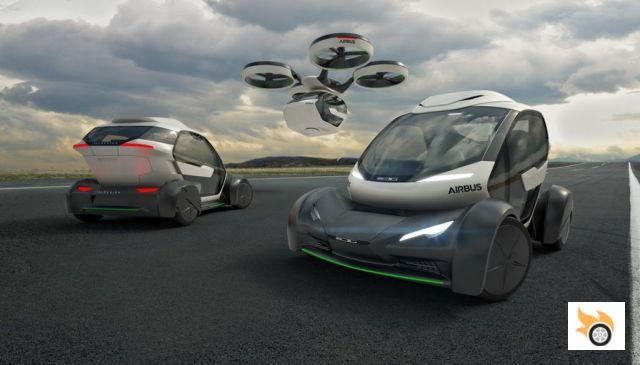 The future will have its good things, like reducing many of the negative aspects of the automobile, such as accidents, pollution and traffic jams, by taking advantage of the benefits of technology. We will transport ourselves better than ever, but with less grace. Mechanics will become electricians or restaurateurs, taxi drivers will become city guides, salespeople will become community managers, motoring journalists will become historians?

Come to think of it, I think I'm getting old.

The generation of household appliances on wheels (II) ❯

add a comment of The generation of appliances on wheels