The success of the event is undoubted, as evidenced by the attendance figures of the public, which has increased by 8% compared to the last edition: 33,818 people have lived live, over the three days, this leap into the past with a very extensive program of races, mostly included in the FIA Masters Historic Racing, with the Grand Prix Spirit of Montjuïc Historic Formula 1 as the main attraction. Did you miss it? Follow us in this small photographic review of the weekend. 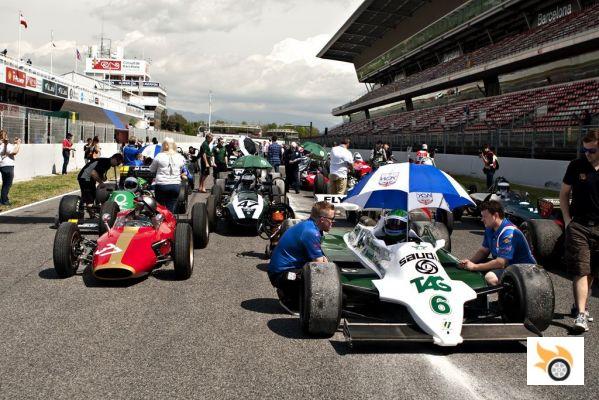 57 historic single-seaters on track at the same time. A pleasure to see and hear them. 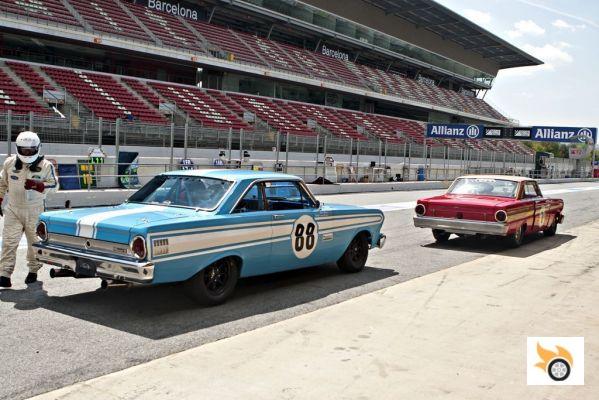 NASCAR? No, the Spirit of Montjuïc with two Ford Galaxy ready to fight on track. 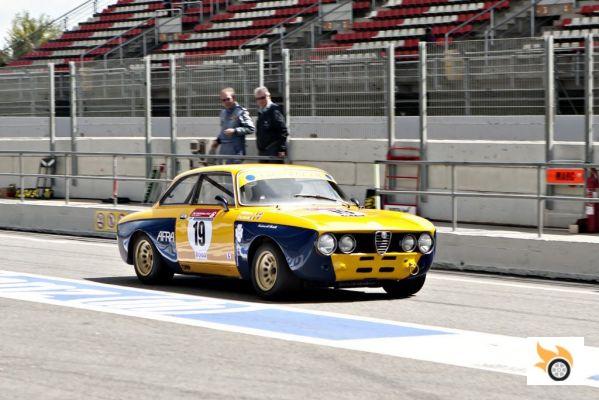 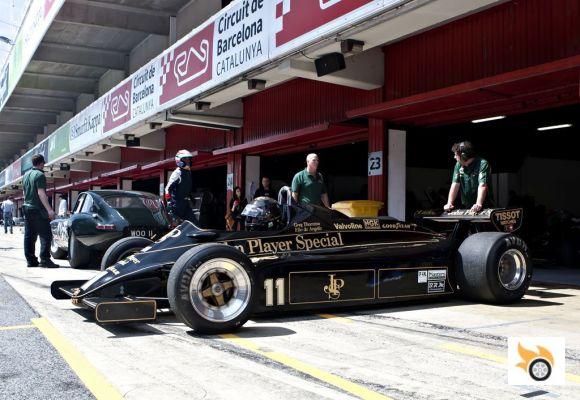 The Lotus 91 (one of the last F1 cars designed by Colin Chapman) ex Elio de Angelis in the pits, waiting to start. The mechanics are wearing Lotus uniforms. The Lotus brand itself rents all the mechanics equipment so that the owners of historic Lotus F1 cars can participate in these championships. 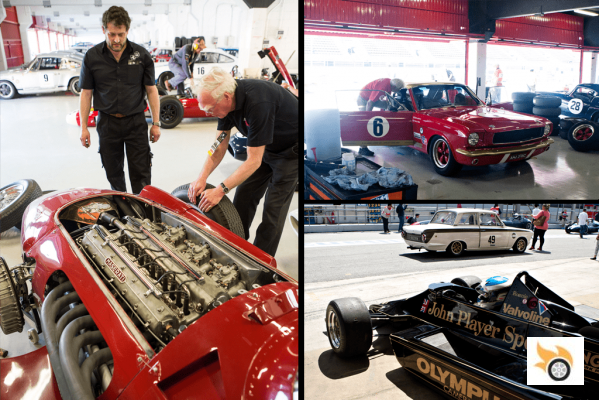 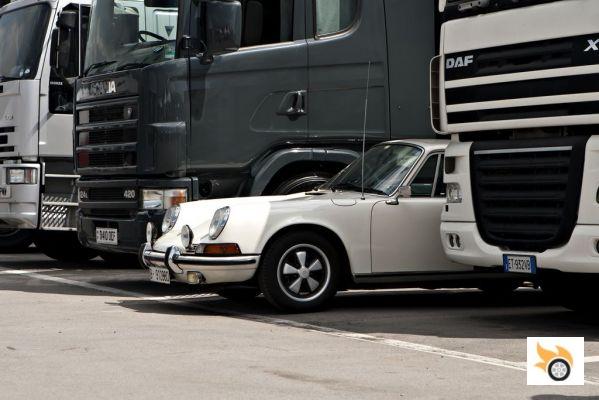 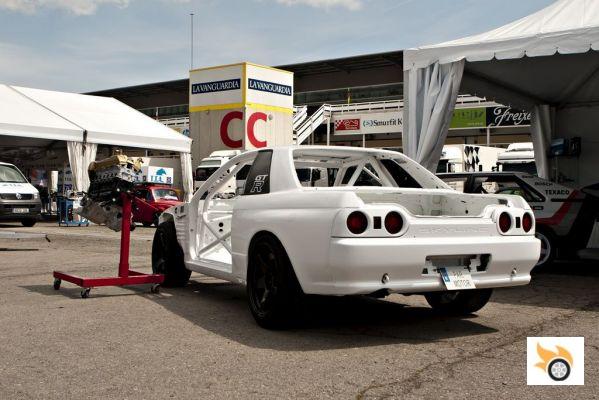 A project underway that shows promise: Nissan GT-R R32 racing car with his RB26 on display next to it.

In the Sports GT category, the Ferrari 459 Italia reigned supreme; just look at the space reserved in the paddock for the Ferraris (almost all from AF Corse and Kessel Racing).


However, the championship organized by SRO (Stéphane Ratel Organisation) and based on the technical regulations of the FIA GT3 has more cars present, such as Lamborghini Gallardo, Audi R8 and the Aston Martin Vantage GT3 of the boss, Stéphane Ratel. By the way, do you remember the BPR championship, the one that brought about the revival of GT and endurance racing between 1994 and 1996? Stéphane Ratel was one of the organizers, along with Jürgen Barth (winner of the 1977 Le Mans 24 Hours with Porsche) and Patrick Peter, hence BPR.

Meanwhile, in the paddock, Alejandro Mesoneros-Romano (head of design at SEAT) talks with José Vicente Diez, from M&M Clásicos and "House of Cars", as judges of the Concours d'Elegance that took place this weekend.

For my part, I tried to stay as far away from the Spark booth as possible so as not to buy half the booth outright and instantly ruin myself.

And I wandered over to the Tintin cars exhibit.

Although one of the highlights was the F1 Historic Grand Prix (FIA Masters Historic Formula One Championship). 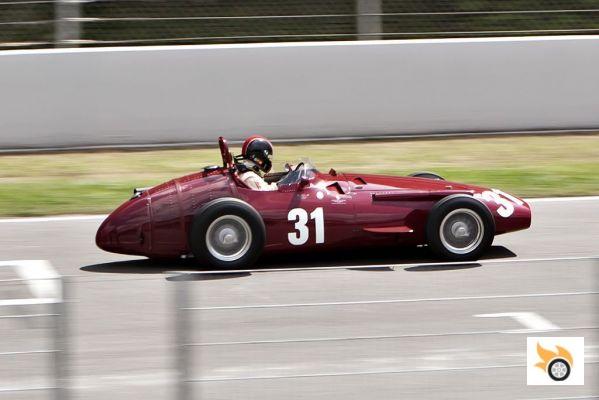 Grand Prix cars from before Formula 1 were present. And with what machines, like this Maserati 250F driven by the Spaniard Guillermo Fierro.

The good thing about the Spirit of Montjuïc is that there is something for everyone. Personally, I was always more attracted to the magic of Le Mans, the GTs, the endurance and especially the C groups. 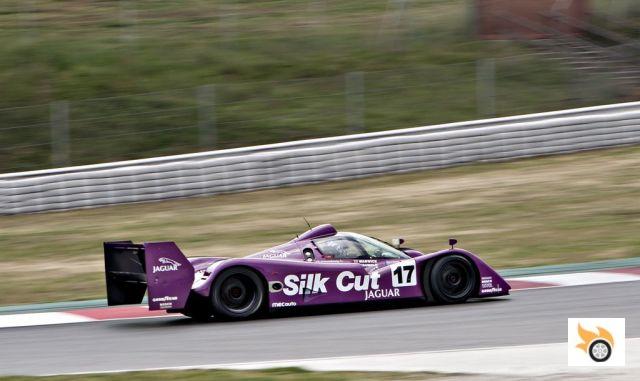 The Jaguar XJR14 (ex Derek Warwick and Martin Brundle) driven by the Belgian D'Ansembourg finished first in the opening race. In the second race he couldn't repeat his success and finished second. 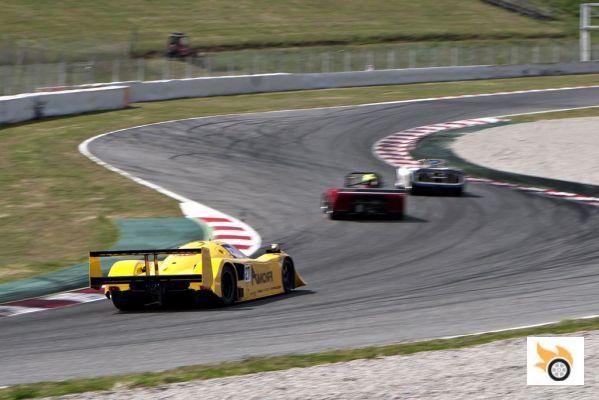 Even if they are historic cars, no one should think that they are simply strolling around the track, they attack at full throttle. 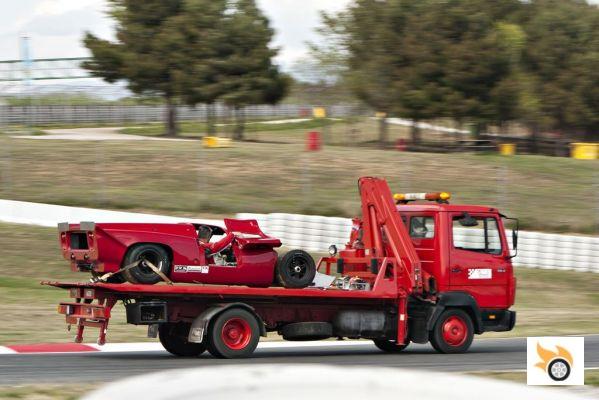 Sometimes even too much for the mechanics...

In the end, three days of this kind of thing were not enough. We will have to wait for the next edition to return to a paddock so lively.