Born in spite of everything

With a design from another planet and the only Ferrari-powered car that was in its element covered in mud and criss-crossing at every turn in the heart of a forest, at base it was a car that should never have seen the light of day. In 1970, Bertone arrived at the 1970 Turin Motor Show with a spaceship on wheels (very typical of the 1970s), the Lancia Stratos Zero. The car had been developed to attract the attention of Lancia, recently integrated into the Fiat group. Bertone hoped to win new contracts for his factory from Lancia, which needed to relaunch the brand. 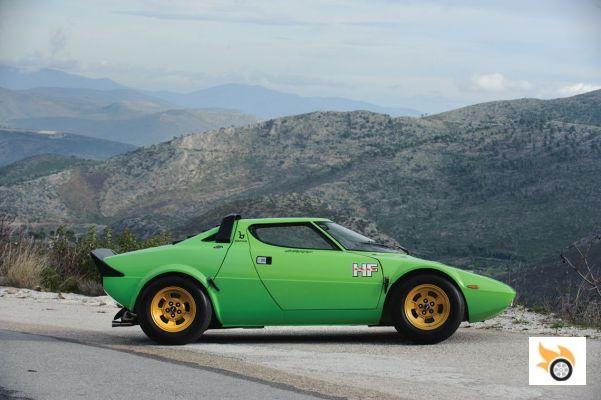 The prototype designed by Gandini and powered by the Lancia Fulvia, caught the attention of Lancia's sporting director, Cesare Fioro. The Zero gave him the idea of a mid-engined car to race in rallies and created expressly for that purpose. Until then, no one had thought of something similar. However, Fiat wasn't interested. That's when Nuccio Bertone and the famous anecdote of his arrival at a meeting of Fiat's directors without being invited came onto the scene. In fact, it is said that he drove the Stratos prototype under the barrier and managed to get to the meeting. Finally, Fiat agreed to finance the Stratos HF, which would receive V6 Dino engines. Ferrari was abandoning the Dino and was left with a stock of engines for which they could not find a way out.

If it wasn't for Nuccio Bertone's obstinacy, the Lancia Stratos would never have been launched on the market.

In 1971, at the Turin Motor Show, the Lancia Stratos HF Prototype (not yet functional) was presented in the garish orange colour typical of the time. Its design already caused a sensation there. Less spectacular than the Stratos Zero, it was still a spaceship. Just look at what other cars were presented in 1971: Fiat 127, Renault 17, Mercedes SL (later nicknamed Channing in Spain), Opel Rekord D, Ferrari 365 GTC/4 and the Alpine A310, to name a few. All of them seem to be half a century late when placed next to the Stratos. 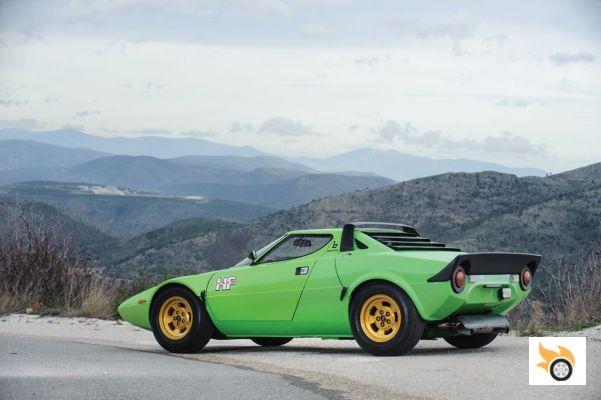 In 1972, the final model was unveiled and the changes from the 1971 prototype are minimal. The wraparound windscreen, which practically lets you see out when the car is crossed, and its wedge shape with short overhangs are still present. The engine is the 192 bhp V6 Dino, in street version, paired with a 5-speed manual gearbox and with the help of a ZF self-blocking system. This standard "stradale" configuration allowed a 0 to 100 km/h in 6.8 seconds.

With such a rich and complete racing past, from rallying (3 world rally titles in 1974, 1975 and 1976) to the circuits in Group 5, today the Lancia Stratos HF Stradale is a real rarity. And of the few that remain, many had to undergo partial or complete restoration.

The road-going Stratos was a difficult model to sell, especially in green, for a Lancia dealer. Production officially ceased in 1975, but as sales were always weak many dealers kept the cars until the early 1980s. In any case, few production cars were kept, many were prepared for competition. And those that weren't, were often modified by the dealers or the owners. According to experts, such as Hrabalek, the build quality was terrible. "The build quality varied greatly from car to car. Once Bertone had finished the bodies, Lancia took over the manufacturing, but often subcontracted this process. Panel fittings vary depending on who fitted them and what time of day they were fitted," he explained in an interview with Classics & Spors Cars. To make matters worse, water apparently gets into the cabin when it rains, ruining the seat upholstery.


Despite all this, one of the few remaining production Stratos HF Stradale will go up for auction this weekend in Italy, at a sale organized by RM Auctions Sotheby's at Villa Erba. This is Stratos 829ARO 001571 (although only 492 were officially produced). 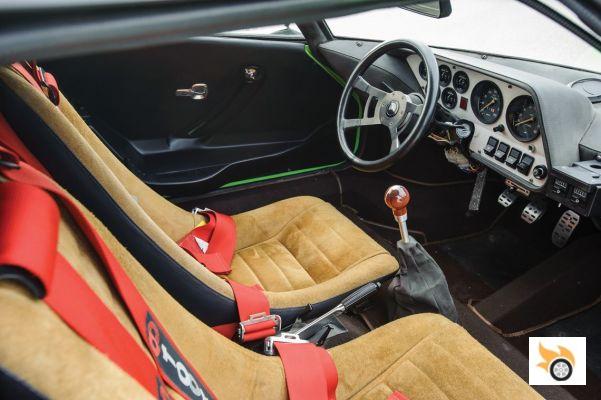 The intact Stradale versions of the Stratos are the rarest of all, it is estimated that there are no more than 5 left in the world.

The Stratos HF "1571" was not originally sold, it was kept by Lancia for further conversion into a racing car. In the end, they did not use it and sold it to a northern Italian dealership (no longer part of the Fiat group) Beretta Automobili. The car stayed with this family business, founded in 1960 by two brothers, until the mid-1990s. The current owner then bought the car from them. Aware of how unique the car is, he put it up for auction unrestored (although the Toora harnesses are obviously not vintage).

Today, the biggest Stratos collector (he owns a Stratos Group 5 and the orange 1971 Stratos Prototype, among others), Chris Hrabalek, lives in Berlin. And interestingly enough, he also owns Stratos HF Stradale very similar to the one that goes on sale this weekend. Not only is the configuration identical (pistacchio green with beige interior), the car's history also has certain similarities. It was in the backyard of a Swiss dealership until 1980 when an Austrian collector, Thomas Popper, bought it and sold it to Hrabalek in 1996 for - hold on - about 30,000 euros. But the most curious thing is that Hrabalek owns unit number 829ARO 001572. And to think that the unit that RM will put up for auction should easily reach 450,000 euros? 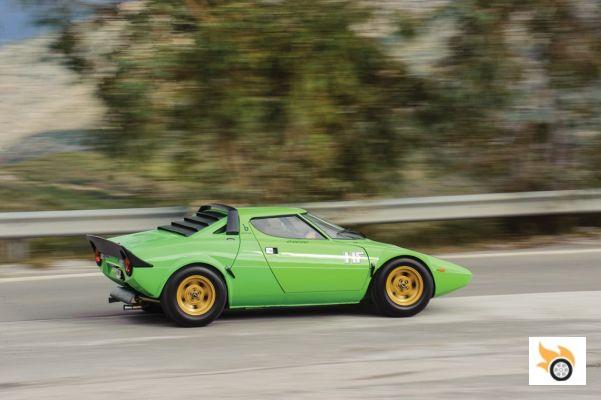 It's funny how the elements come together sometimes. I've known for weeks that this Lancia Stratos would be on sale. However, I didn't notice the resemblance between the two units if it wasn't for the advert for the Canal Vie TV channel (a reality TV channel from Quebec) and its Lamborghini Gallardo pulling a trailer full of everything needed to renovate a house. Then I remembered the story of the Berlin pizza man and his green Lancia Stratos, identical to the one in Hrabalek. His story is very peculiar and typical of passion taken to the extreme.

"He delivered the pizzas behind the wheel of the Lancia. He kept them in the compartment above the exhausts to keep them warm."

In the 1970s, a "pistacchio green" Stratos regularly plied the capital's grand avenues and bridges over the river Spree. An Italian named Armando had a pizzeria in Schoenberg that was doing quite well, and with his savings he bought a Stratos. "It was one of the first to be sold," says Mauro Capuozzo, who runs a garage specializing in Italian cars in the famous Classic Remise center. "He loved to drive his Stratos and even delivered the pizzas behind the wheel of the Lancia. He kept them in the compartment above the exhausts to keep them warm." Seeing a Stratos in action is and was something very special, whether rallying or on the street, and no doubt seeing this green thing cruising among the beige taxis and trams of the divided capital must have been like seeing an alien spacecraft. Armando even fitted it with snow chains so that he could continue to use it in winter, as it was his only car. Tragically, the Stratos was involved in an accident at the corner of Potsdammer Strasse and Buelowstrasse. With no side protection of any kind, poor Armando didn't stand a chance and died in the accident. The Lancia was later scrapped, but his popular pizzeria is still in business. 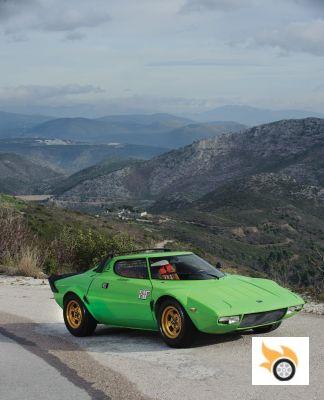 "Radars" that fine you for not wearing your seatbelt, what a great idea! ❯