With all that on the table, the A-Class renews its offer with subtle changes that suit him well, although to me, personally, I still fails me in some aesthetic issue (I can not with such a front overhang and big head with respect to the short rear). For tastes, you know, the colors.

The front gets, as an option, headlights with LED technology for all its functions, while the bumpers are renewed, being more polygonal? vertical in the shapes of their air intakes? I wouldn't know how to describe it, so below is a comparison of the before (left) and after (right).

The grille of all versions, at least of those offered in the official photographs of Mercedes-Benz, becomes the one that integrated the Sport finish exclusively until now, eliminating from the offer the simplest of two horizontal slats. 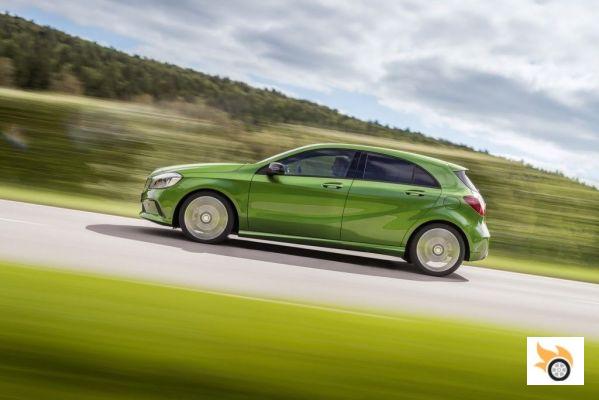 In the side view we find no change, beyond the new sets of wheels, while the rear three-quarters is visited by a new bumper with integrated exhaust tails and new rear lights with position light made up of LED-powered light tubes that look really good. 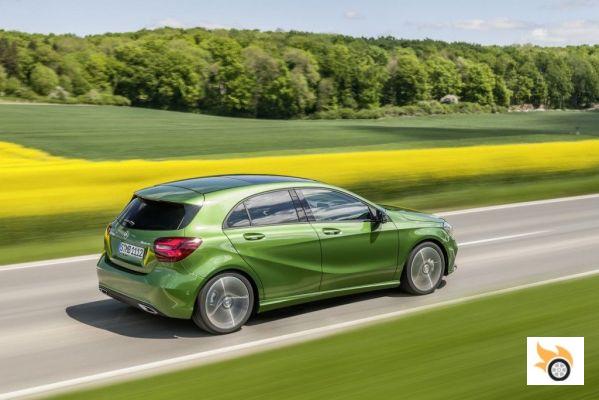 The special AMG-style sporty special body kit does change more, with more organic and harmonious front air intakes (although the side ones are still fake and singing too much from excess), while the side skirts and wheels are perhaps framed a little better.

Changes enough? Given how the model is performing in the market, and also bearing in mind that it's only been three years since its arrival on the market, there's no doubt that any further changes would have been totally unnecessary, and dare I say it, even dangerous. 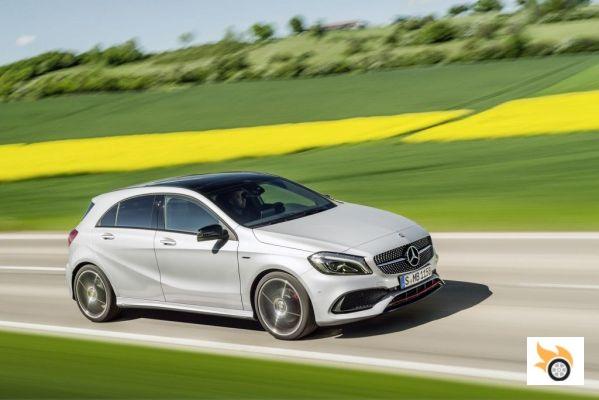 The sporty body finish is better balanced than before, although the front side intakes are still blind.

Cabin-wise, it gets a new eight-inch screen, larger than before, and a new infotainment system that includes Apple's CarPlay and MirrorLink to enable better smartphone integration in the car, allowing apps and other services to be used more effectively. The gauge cluster has changed to become that of the GLA.

In addition, there are new trims, new upholstery options, and new ambient lighting available, to further underpin the A-Class offering. 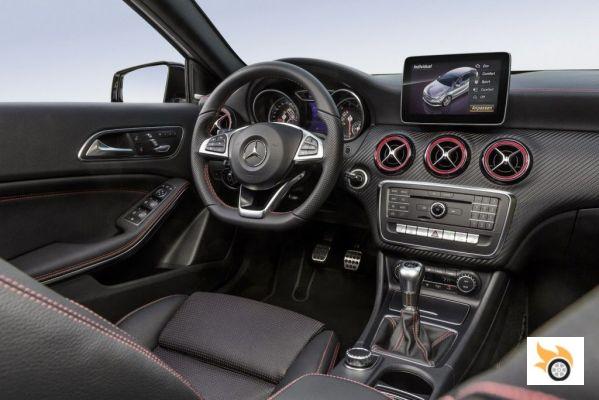 The engine lineup is updated, both in performance and in naming system. There are eight petrol and five diesel versions. Absolute novelties are the new 160 petrol with 102 horsepower, while the 250 Sport receives a power injection compared to the "normal" A250, based on seven extra horses that take it up to 218 horses (the A250 stays with the same 211 that already had before).


Among the diesels, the A180 Blue Efficiency Edition, or BEE, which offers a homologated average consumption of only 3.5 liters per 100 kilometers, 109 horsepower.

The seats, by the way, are new, and now integrate length-adjustable bench, while also integrating a new driving profile selection system, to choose from various settings for steering assistance, how direct the accelerator pedal is, different settings for the automatic transmission and also for the suspension. 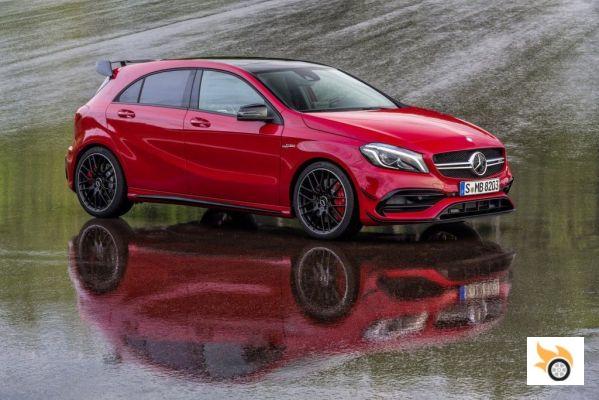 And if we go to the other end of the range, we meet the updated A45 AMG. It is still not called Mercedes-AMG A45 (it seems that this is reserved for the next generation of the model), and therefore maintains its name Mercedes-Benz A45 AMG. Where it does change, for the better, is in its technical characteristics. It adds 21 extra horsepower to its four-cylinder two-liter displacement, to reach 381, masterfully distributed by the known all-wheel drive system that, optionally, can have mechanical self-locking differential on the front axle.


With the self-locking system installed, the car now does 0-60 in 4.2 seconds, making it the fastest C-segment compact to achieve this figure (the RS3 does it in 4.3 seconds, which only gives it a tenth of a second advantage). Aerodynamically, the car shows new additions to the bumpers, and Mercedes claims to have tweaked the electronic programming of the all-wheel drive system, and also the geometry and suspension settings.

The new generation of the model, which also includes a commemorative variant of the sporting successes of the Mercedes-Benz Formula 1 team (Motorsport Edition, with embroidery and decorative elements), will be available to be ordered from July 3, in a matter of five days, come on, and no major changes are expected in terms of the price list for equivalent versions, although the arrival of the A160 should allow to have a step of access to range on the 23,000 or 24,000 euros, which until now did not have.