Easy, in the world of road safety there are not always absolute truths.

One of those absolute truths, or what many people believe, is that you are always safer in a vehicle, and that the bigger the vehicle, the better. Perfect, let's all buy truck tractor units and we'll all be safer. When the roads are infested with tractor-trailers and they collide with each other, we will be back to square one. By analogous reasoning we don't walk down the street with a bulletproof vest, Kevlar helmet, dental protection for boxers and such things. Yes, it's safer that way, but it's more uncomfortable.

Thread with a reflection of Guille Alfonsín months ago, the customer asks for maximum security, but does not want it. Few people are willing to drive -if it were legal to do so- with a safety cage, six-point harness, fire extinguisher, fireproof suit... Instead, they tend to buy the biggest car they can, convinced that this will give them greater safety. 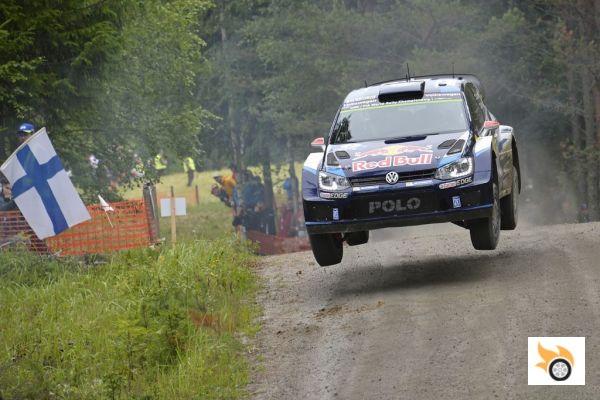 Don't let anyone tell you bullshit, a competition car is much safer than any big "street" car, but it is more uncomfortable and has no design to show off to others; oh, and they are very expensive.

The article "Do you think you're safer driving an SUV? You're wrong" raised a lot of comments, dust and dialectical bloodshed. It's only natural. After having read it, there are still people who believe that more bodywork gives more protection, and there is no way to get them off the donkey. Their belief is only partially true, like the one that a car is safer than a bicycle. It depends on the type of collision and against what or whom!


I have seen several studies of the US market, where the plague of SUVs, pick-ups and off-roaders is much more evident than in Europe. There, the belief in bigger is better is even greater. These data serve as a preview of what may happen in Europe in a few years.

With data in hand, not my opinion, big and bulky cars have an advantage in collisions against lighter and smaller vehicles, especially if they do not have compatible collision structures designed. In other words, designing an SUV to ram another SUV is not the same as designing an SUV to ram a passenger car. Manufacturers like Volvo, who go far beyond the NCAP tests, take into account these minor issues. 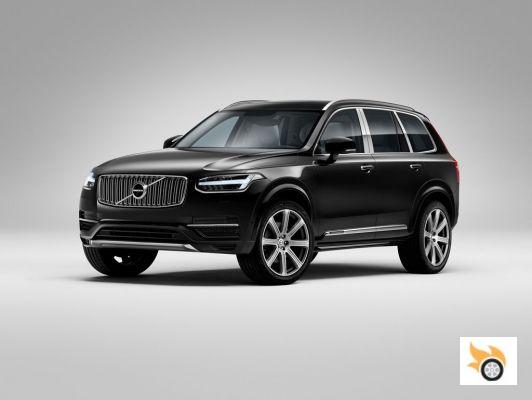 If there's no compatibility between programmed deformation structures, the biggest hit - pardon the expression - goes to the small fish, because the energy is not dissipated in a programmed way. When there is compatibility and the cars are of the same type, that advantage is lost, and then the higher masses come into play, destroying the bodies more violently, and increasing the damage to passengers. The kinetic energy formula doesn't fool anyone: the greater the mass, the more destructive the energy, which increases quadratically with speed.

In other words, a bigger car does not represent an absolute advantage, only in certain types of collisions and against smaller cars, not against the same ones.

I'll refine the shot. I have seen a study published in Access Magazine, signed by Tom Wenzel and Marc Ross, who are reputable scientists in the United States. They distinguished the risk of the vehicles by themselves, and versus the risk they present to themselves and others. SUVs proved to be about as safe as lighter categories on their own, but the combined risk was higher.


In English, large cars prove to be more dangerous overall for collective road safety, and do not represent a very significant advantage on an individual level. That is the crux of the matter. Buying a big car, if it is not based on justifications of space, usefulness... -let's say, on a whim- is an act of lack of solidarity and psychopathy towards others. It's the same reasoning used by those who put metal fenders on the front: fuck the other guy.

I'll put it another way, to make it clearer. If someone buys a bigger and heavier car, without needing it, because of the idea that they will be safer, they will not necessarily be safer, and may cause more damage to people who are not involved in their decision. Fortunately the big ones are becoming more collision compliant, so they cause less damage to the small ones than previous generations.

So far I haven't talked about SUVs and SUVs having worse dynamics, I'm talking about pure hard data.

You don't need to be an expert in road safety to distinguish the possible consequences of being hit by a car with a medium height and one with a large height, especially if we are talking about children or more vulnerable people. I think it is very educational to think about the effect of our own car hitting a person with the same biomechanical characteristics as a loved one. It can be very violent, but I think it is necessary.

In a country where the average size of vehicles is large, models like the Kia Rio, Hyundai Accent or Ford Fiesta are more dangerous for their occupants, it has humped us! In a country where medium sized cars proliferate, they are much less dangerous. To put it another way, if we go to Japan, where almost half of the market is represented by 3.4 meter long cars, they are even safer.


Now, my opinion. Buying a bigger car for the excuse of safety is a lie that buyers tell themselves. It is much more interesting to have a car of the right size -adjusted to your real needs- and inflate it with safety systems such as automatic braking, lane keeping assistant or fatigue warning.

Since my opinion doesn't hold true for everyone, I refer you to a report from the Insurance Institute for Highway Safety (IIHS), dated January 28, 2016, that talks about the reduction in accidents offered by these systems. Here are two examples:

Drivers can always make mistakes, and driving aids are there to act as a barrier and correct those mistakes. I myself have unintentionally verified that the latest generation of safety systems can correct mistakes even in the most expert driver. Hands up who, in 10 years, has never unintentionally stepped on a road line, has never had to hit the brakes because they were lost in a traffic jam, or has never had ESP intervene in a curve that they knew perfectly well.

For me, the conclusion is clear: spend less on cars that are bigger than they need to be, and invest more in systems that prevent accidents; Consumer Reports agrees with me. In other words, it's better to invest in active safety (the kind that prevents accidents) than in passive safety (the kind that reduces the consequences of accidents once they are unavoidable). What's more, investing in tertiary safety (acting after the accident) can save lives by the minute. I am referring to systems such as automatic emergency call or GPS geolocation of the car.

What our grandmothers used to say: prevention is better than cure. 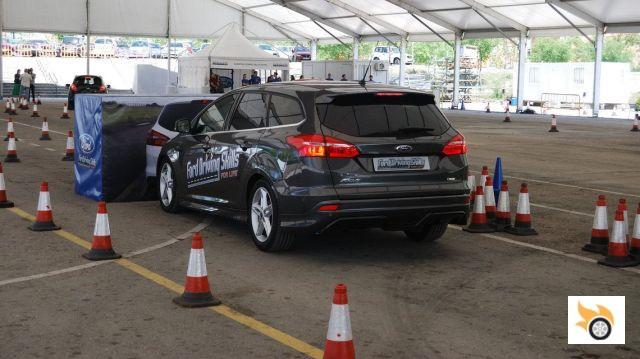 That is investing in safety, and not that a couple without children (and who do not have them) buy a car of more than 4.5 meters and more than 1,800 kg to feel safer. My argument is not so much against crossovers (cars disguised as SUVs) but SUVs, SUVs, and large sedans as well. If we're talking about a family of four or five, who need a big boot and don't like MPVs, fine, I can even understand it.

The year that I discontinuously dedicated myself to writing a book on road safety, I had to do a lot of research, document myself and soak up a lot of wisdom to do a decent job. Professionally I can't justify that we all wear armour to be safer, firstly because it's false, secondly because collectively it's a bad decision. I do insist a lot on the convenience of paying for as many safety extras as possible, because if they make the difference between an accident and a scare just once, they will have more than paid for themselves.

In the United States the probability of dying in a traffic accident -adjusted to the population- is much higher than in Spain, and its vehicle fleet is full of large cars with a very similar average age. The data are there for those who want to look at them critically, and for themselves. Does so many big cars protect them better? No. Bar experts there were, are and will be, but that can be countered with the power of information. The data are from the World Health Organization (WHO), should be legitimate enough for any skeptic.

I end with a reminder: the bigger and heavier a vehicle is, the more likely it is to run off the road, the easier it is to overturn, the more braking distance it will need, the more tyres, brakes and wear elements it will consume, the less confidence it will transmit to the driver in complicated situations... shall I go on? Of course, the feeling of being safer, in a straight line or stopped at a traffic light, nobody can take that away from you.

I have deliberately put a video of the Porsche Macan, one of the SUVs with the best dynamic performance on the market. I could have put the Jeep Cherokee, which in the Moose test came out very badly, but I'm sure I'd be accused of being sectarian. Well, whatever, they're going to accuse me anyway. I've never been dumped by a girlfriend for a bloke with an SUV either.

And with all that said, I'll conclude my argument.

If you want to drive safely in an SUV, don't drive it like a car. ❯

add a comment of If you want safety, big car, right?