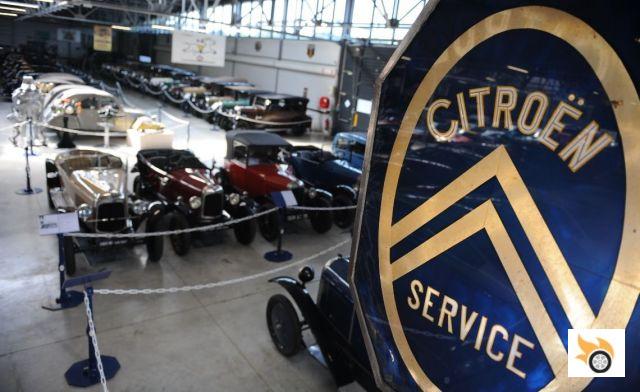 Citroën, a brand with a difference

Among the generalist brands of the old continent, Citroën has always seemed to me the most geeky (I say this with respect and affection of those who have had, and enjoyed, several models of the brand). The approach of their cars has always been original and somewhat outside the rest of manufacturers, both in his solo career since its founding, until the integration in 1976 in the PSA Group. From the 2CV, through the Méhari and ending with the C4 Cactus, Citroën has always broken the mould. They may or may not be liked, but they leave no one indifferent. The current slogan, "Be Different, Feel Good", fits them like a glove.

Organisation of the Citroën Conservatory

For the visitor's ease, the huge number of exhibits is organised into a series of groups that allow you to follow the evolution of the brand through history.

Before the Second World War

The first of these is dedicated to pre-World War II models. Here you will find such gems as the 1919 Type A - the first Citroën vehicle - equipped with a 1323 cc four-cylinder engine capable of reaching 65 km/h (40 mph). The advertising with which the car was advertised was so different from today's...

In the same group is the Citroën B10, presented in Paris in 1924, the first car of the brand equipped with a body made entirely of steel (until then they were mixed wood and sheet steel).

In addition to the C4 from the year penicillin was discovered, there is also the C6 which, presented at the same event, was the first Citroën with a six-cylinder engine (in this case a 2,442 cc in-line engine, capable of launching this 1,400 kg model at 105 km/h).

As a representative of the 30s, in this same group is the Citroën Rosalie, a luxurious and elegant model built between 1932 and 1938. The Citroën Traction Avant, known in Spain and Argentina as Citroën 11 or 11 ligero, built between 1934 and 1957, closes this list of noble veterans. The designers of this model, André Lefèbvre and Flamino Bertoni, were also the designers of the legendary 2CV.

The next group in the Citroën Conservatory is devoted to post-war vehicles, with the Citroën 2CV and GS standing out in their own right. What can we say about the 2CV, right? The spartan, friendly, compact, multi-purpose utility car (and multi-purpose goes far beyond the manufacturer's own meaning) was launched on 7 October 1948 - although it was conceived before the end of the war - and was produced until 27 June 1990. Almost 5,115,000 units were produced, the first with a 375 cc engine. The father of the project, Pierre Boulanger, conceived the car as "a vehicle that could carry four people and 50 kg of potatoes, at a speed of 60 km/h, with a fuel consumption of 3 litres of petrol per 100 km and irreproachable comfort...".


The Citroën GS was presented at the 1970 Paris Motor Show. Its bodywork remained for years the most aerodynamic on the world market. The Citroën GS engine is an air-cooled opposed four-cylinder. This model features the hydropneumatic suspension so characteristic of the brand.

Citroën has not only produced passenger cars for private use, but also vans, vans and trucks. Perhaps the most exclusive item in the Citroën Conservatory of this group is the Type H, the ribbed sheet-metal van that has become an icon of the "Food Truck" phenomenon. Launched in 1947, it has travelled the streets of Europe during its 35 years of commercial life. I said that the piece is exclusive because the one on display is the last one produced.

There is a group dedicated to adventure, where the vehicles participating in the Black Cruise and the Yellow Cruise are shown. The first was a journey across the entire African continent, from north to south, from Colomb-Béchar (Algeria) to Cape Town (South Africa), carried out between 28 October 1924 and 26 June 1925. As for the second, the challenge was to cross the Asian continent from Beirut (Lebanon) to Peking (China) with C4 Autocadena vehicles. This last adventure began on April 4, 1931.

The sport is represented by the Citroën ZX Rally-Raid, a prototype with more than 300 hp, equipped with a turbocharged four-cylinder engine (2,499 cc), which took part in the 1992 Paris-Moscow-Beijing race.

It may come as a surprise to some, but Citroën has also built tractors, such as the Type J, and even a two-seater helicopter, developed by the brand in the 1970s as an alternative to traffic jams. These little-known parts can also be seen in this Conservatory. 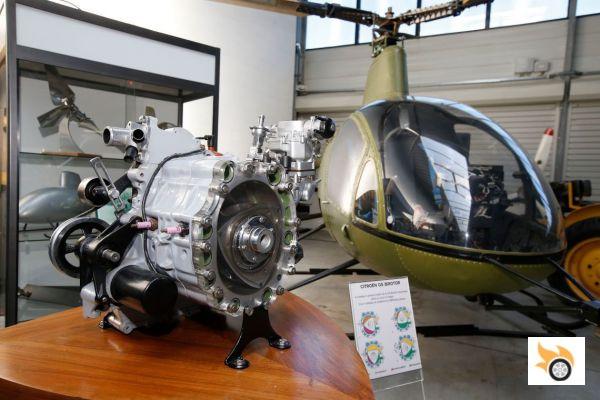 The C4 Cactus, a further proof of the originality Citroën has shown throughout its history, is also on display. Alongside this unique concept car, we also have the E-Mehari, the 100% electric version that winks at another of the brand's myths: the Méhari, an original and unusual all-terrain, all-purpose vehicle made of plastic, born in May '68, the most famous student revolt and biggest strike in France in its history.

Being as it is the history of Citroën so long and prolific, coupled with the large number of pieces that houses this conservatory, you can imagine the number of mythical models that have been left in the ink, but this article just wants to draw attention to the existence of this conservation center. So now you know, if you visit Paris in the future, in addition to the Eiffel Tower, the Champs Elysees, the Louvre Museum, Notre Dame Cathedral, the Arc de Triomphe and the Montmartre district, make a note in your diary of a visit to the Citroën Conservatory.

add a comment of Citroën Conservatory, a place for automotive history