In fact, although it is something that we all, or almost all, studied in high school physics classes, few remember shortly after the exam what the power unit represents. So as a short break, and on the occasion of a re-encounter with basic concepts of mechanics that we will have over the coming weeks in the form of several reports, we are going to tell you what is and where does the horsepower come from.

Let's first talk about some history, with a quick review to the coining of the term "horsepower".

If I quote James Watt, you will quickly associate in your head the Scottish engineer with the steam engine, as its original inventor. But the historical reality is quite different.

In the first century of our era, Heron of Alexandria described in some documents what is considered the first machine driven by steam. It was called Eolipila, and consisted of a small ball moved by reaction by two jets of steam that came out of two ducts attached to it.

The device was a beautiful piece of engineering, but it had no practical application. Finding practical applications for steam models would take centuries. During the fifteenth, sixteenth and seventeenth centuries there would be numerous attempts to successfully apply the design of different types of steam engines to mechanical processes, but with little result.

It would not be until 1698 when Thomas Savery would develop the first great practical application of a steam engine of his own design. The purpose of this machine was to suck water in the mines, to allow the miners to work comfortably, as far as possible, in the tunnels. In fact, Savery would christen his machine "the miners' friend". 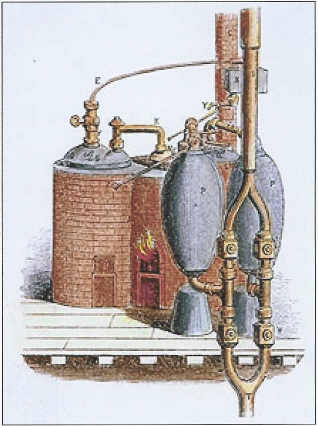 But Savery's machine had many design limitations. It would be another Thomas, Newcomen, who would perfect it further, devising a machine that created linear motion in a rod from the vacuum created in a piston. Newcomen's engine was the first great steam engine installed in several industrial locations.

And that's where James Watt comes in. Watt, like so many other genius inventors, what he did was to take existing knowledge on many technological fronts, absorbing the "state of the art" and aligning it with his vision to perfect all that existed and create his own steam engines.

Watt would not only improve on Newcomen's engine design, creating the Wat's engine (which better managed the heat generated in the combustion chamber, cooling and condensing the steam for better energy efficiency), but he patented his inventions at great speed, patents that would reach 1,800.This would make Watt famous, but at the same time it is historically criticized, because due to his patents, it is considered that there was a slowdown in the free development of technology, which made the industrial revolution, in which the steam engine would take a key role, was delayed a few years. 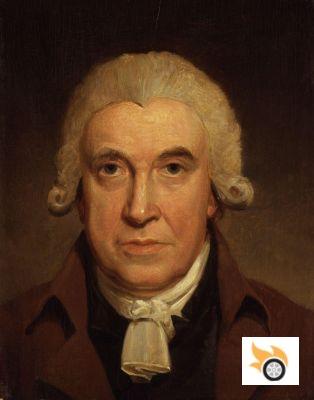 Criticism aside, let us return to the subject at hand, the steam horse. James Watt needed to measure and know the performance of different steam engines. He needed it to fine-tune more effectively the improvements he was developing for his machines, and he also needed it to demonstrate to his customers that his inventions were better than those of others.


So Watt came up with the idea of comparing the power of the steam engine with the power offered by a horse, creating the expression "horsepower" in 1782. 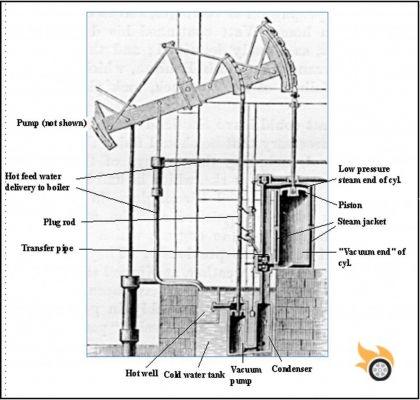 But what is power? By power we mean the amount of work done in a given unit of time. In a way, if you are able to cut a hundred carrots into cubes in an hour, and your mother cuts two hundred, your mother is "twice as powerful", if we had a measure for it...

But in the real practical world, we define work as "force applied over a distance". Come on, pushing a box of peaches one meter can be measured as "work". If dragging the box of peaches costs you a force of 1 Newton, and you move it one meter, you are generating 1 Joule of work.

To get to the classical power denomination of the international system we have to introduce the variable of time, as we said above. So if you pull that box of peaches with 1 newton of force, you move it 1 meter and you do it in one second, you will have generated an average power during that second of 1 watt.

But when James Watt was working with steam engines, he didn't care about Newtons, Joules and other units of the international system. Watt wanted to compare powers with things from everyday British life.

Thus, the best possible comparison that Watt could think of was to compare the power of his and other people's machines with the power developed by a horse.


James defined (here we simplify units so that we all understand each other) that the power of a horse allowed him to climb up a well a box of about 75 kilos at a speed of one meter per second (3.6 kilometers per hour). Well, actually his measurements were made in "feet per second" for speed, and weight in pounds. In continental Europe we would use the figures I have given you, which give a somewhat lower power, since "the British steam horse" is 1.038 times more powerful than the European due to rounding in the conversions to the international metric system of weights and speeds (it made no sense to define the European steam horse with a weight of 75 kilos with 300 grams and the speed of 1.05 meters per second).

This gave rise to many typical British jokes, making it seem that "the British horse, like everything British, is better than the European, because it is more powerful". 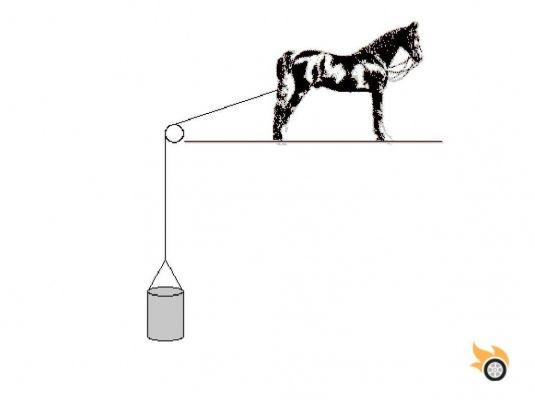 Jokes aside, this is the story that Watt developed to define the steam horse, that from that precise moment, and by virtue of the fact that Watt's machine, covered by his patents, became the comparative standard, all the British began to use this measure to compare the power of machines.

And so we come to the present day. Although the French have tried a lot, the international system has not managed to impose itself in the measurement of power, and with the exception of Australia (where people speak of kilowatts when talking about the power of their engines), the rest of the planet is still anchored to this curious comparison of the power of our vehicles with respect to the capacity of a British horse of the eighteenth century.

Curiously, with the advent of electric motors, things are about to change. The world of electricity is much more influenced by the International Metric System, where it is typical to measure power in kW.

In fact, manufacturers' press releases are starting to mix up, alarmingly and in a way that is difficult to understand, power ratings in hp for combustion engines with kW ratings for electric motors.

Will electric cars be the final replacement for the old system of measurement based on horsepower? Maybe. But what we are sure of is that it would never have occurred to James Watt when he invented his power unit that it would be so widely used and understood by the public.