The Tesla factory in Spain will have to wait 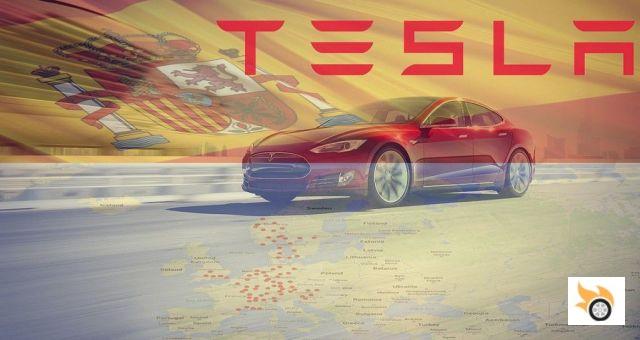 Three words were enough to unleash the euphoria, and they came from Elon Musk's personal account (@elonmusk): "I love you too" (referring to Spain). Some have interpreted that as an "endorsement", but it's simply an acknowledgement, it doesn't mean anything in itself.

Yesterday an article signed by Pablo Pardo was published in El Mundo, which pours cold water on the movement. He quotes a Tesla spokesman, who claims that the company has no plans to set up any factories on our continent. He added that "it would make sense" to do so in order to "supply the demand in that region".

Some people think that this media in question or the journalist are against Tesla, but I honestly don't see it that way. It is disturbing, however, the number of allegedly false accounts (or "bots") that have given it fuel to that article in a few hours, with the text: "#SpainLovesTesla: the factory that never existed in Valencia: The American electric car company ... bit.ly/1ZYqm2p". Food for thought.

If we think about it coldly, it's a bit risky to set up a factory based on presales (half a million, yes, but they are presales) and not on a tangible demand from dealers. By the way, there aren't any in Spain. First Tesla will have to meet the demand of its main market, the U.S., and then we'll see.

It is quite obvious that we will have to wait for the factory to arrive in Spain, if it arrives. Tesla has to meet two milestones first, finish its battery gigafactory in Nevada (USA), and achieve a massive production volume for the Model 3. Then, and only then, will it make sense to get into the "fregao" of setting up a factory on the other side of the Atlantic for our regional demand. From @SpainLovesTesla remind us that Musk himself said in April that a factory in Europe will be needed when the Fremont plant is at maximum capacity.


Therefore, Tesla is in ambiguous territory right now. The spokesman has not ruled out a European factory, his exact words are that it is not planned. On the other hand, "I love you too" is not an affirmative answer. The possibilities are still open, and we can continue to believe in that possibility.

Before I finish, I would like to draw attention to the fact that the US ambassador to Spain, James Costos (@JamesCostos) and the official account of the embassy have published these two tweets:


It doesn't have to mean anything, but I find it interesting to say the least. The embassy tweet is actually a RT of an El Confidencial article from a few days ago, which interpreted the "I love you too" as "#SpainLovesTesla: Elon Musk backs campaign to set up a factory in Spain". A very powerful headline, no doubt, but lacking in content. There is no such endorsement as of today.

The evolution of the Ferrari 250 series ❯