The millionaire who turned out to be just another employee 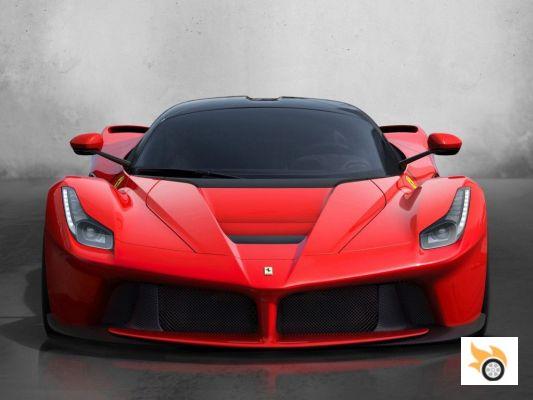 As you can imagine, like any business project, when you set up a business like this, you need a certain amount of financial backing. Doing things in a professional way, with professional collaborators, means paying "professional" salaries to your team. I have said it a thousand times, and I will not tire of repeating it to colleagues, editors and neophytes: work is a paid activity, and therefore, if you are asked to "work" for someone, they will have to pay you for your activities, for the hours you put in, for your desire and also for your knowledge.

Within the whole challenge that we undertook last January to set up this company, we had to sound out sources of economic resources to support the project. Sources that are not always easy to find, especially in our country, where we do not have the culture of venture capital, business angels and investment in general as established as in the United States, where everything is understood differently (for better or worse).

The thing is that among all these potential boyfriends that we were getting, we had to make several "filtering" to stay with people who empathize with the project, to provide resources and also bring personal value to the business.

Among all these people, one stood out. I won't go into names, surnames and personal details, as it is not my aim to ridicule anyone or point the finger at anyone.

This man is no stranger to the "Internet planet". A regular commentator on certain sites, he was constantly telling how his lifestyle was, and how he had some of the most spectacular cars you can imagine. As is often the case, no one believed his stories. After all, on the Internet, everyone chooses who they want to project themselves to be, even if it's not true...


But one of my collaborators explained to me that although people didn't believe him, he really was a person with financial power. So we contacted him.

From the very first moment he made it clear to us that our project was far from the "millionaire" figures he was talking about. But at the same time he told us that he was willing to help "a Spanish project in the motor world".

After several messages, calls and emails we finally met him in person. The routine of setting all this up from nothing has not been particularly smooth, and I was travelling from Madrid to Logroño and from Logroño to Barcelona and back in a matter of less than 18 hours to be able to meet with this gentleman, while I was struggling with a heavy tonsillitis with its associated fever and an antibiotic that was destroying my stomach.

Against that backdrop, we were meeting with this gentleman. We presented the project in its general points, and he gave us his approval to "evaluate it in depth after signing a confidentiality agreement" and then consider investing in it. But before saying goodbye, we still had many doubts to resolve. This gentleman, who was reluctant to give us more information than his name and telephone number (no surnames, no ID number...), began to tell us about his lifestyle.

A really incredible lifestyle, his laps in Spa with a LaFerrari, his great McLaren F1, his Ferrari 275 GT... and the list went on.

But, as it usually happens in these cases, the liar is caught before the lame. And in his megalomania, he began to make mistakes. This little world, the world of classic, exclusive and sports cars in Spain is very small. So small that only a few of us know "whose car is whose". Our friend took possession of a certain classic Lamborghini restored in our country, of which we had many references. So many that we knew that the car was not only not his, but had never been in his possession.


First problematic point detected. Then the others came almost in droves. He told us which was his Instagram and YouTube account, where "you can see me doing evil", but of course, he wasn't very clever, because the real owner of those channels is an Italian we know, and that, it was obvious, was not the person we had in front of us.

Our interlocutor continued with a compendium of lies, half-truths and strangely accurate data. Curiously, this gentleman must have moved in circles or among people who really handled money. Enough money to know wealthy people and to know their lifestyle. The "who's who" that only one of them, or one close to "them", can know.

After more than three hours of talk, as I say, megalomaniacal, we said goodbye politely, thanking him for his attention, and marking the exchange of the confidentiality agreement as the next step in the process.

But all that creaked more than the doors of a Tata Nano. After he left, we started to do a real research work, until we found an ad where this man was asking for a job "as a warehouse or parking attendant"... "Hunted, a real catfish".

While we tried to assume the silly face that we had left, we began to tie all the rest of the data that he had given us during the talk to draw a profile, a portrait of the character who had treated us, and the person he really was. Until we found his real job and his relationship with people with money.


Surrealism at its best, you can imagine.

Fortunately, our project, like so many others, does not have a single source, a single opportunity to move forward, and little by little we have been closing deals to be able to be here, writing to you. But one leans back in the seat and thinks: What makes a person lie for years about being a mega-millionaire? To set up a fake parallel life where he drives LaFerraris and McLarens F1 and gets to meet people "live and in person" trying to endorse those impossible lies?

Dude, you wasted our time. Time that, given my conditions that day, I should have spent in my bed. But we won't take your mask off. We will leave you anonymous, but we will never forget this incredible story. Another one for that book that makes up the novel of our lives.

The state thinks it owns the sun ❯