The state thinks it owns the sun 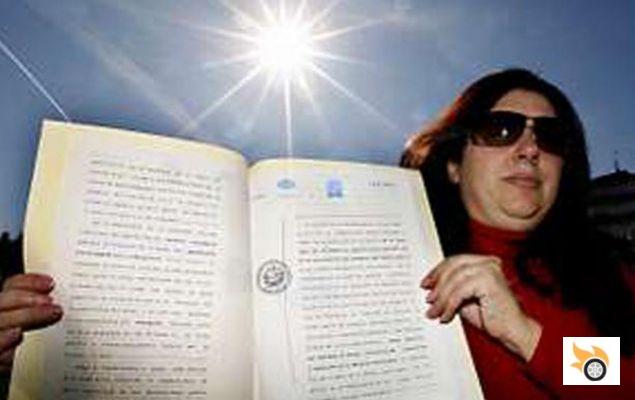 Those who opt for an electric car tomorrow, have the advantage that they can amortize part of the extra cost of the vehicle in fuel savings. But let's not fool ourselves, if we all switched tomorrow to buy electric cars because the logistical and charging problems related to them would disappear, the state would have to move fast to adapt to new trends.

Why? Because the fuel in your car is a tax-generating machine. Every litre of petrol is more than half a euro of profit for the public coffers. If tomorrow no one refueled fuels, the state would have a fairly large hole in its revenue account.

Electricity also has an advantage, and that is that in the medium term, with the right means, you will be able to recharge your car at home, which will allow you to cover most of your journeys without having to visit urban or interurban charging points.

Curiously, with the new legislation in our country in hand, in which we will be charged a variable electricity price depending on practically every minute of the day, it will not be the same cost to recharge the car at two o'clock in the afternoon as at six o'clock in the morning. In the same way, if you have solar panels, you could have a free source of energy.

In the United States it has not taken long to organize a movement to take advantage of this new situation. Weeks ago Tesla presented its home battery. The idea of the device is to have an energy store in the home, that knowing the electricity prices in advance, can consume energy in the valleys of demand, when it is cheaper, to charge the battery, and then take advantage of this energy purchased cheap to distribute it throughout the day at home.


On the other hand, solar panels, whose energy collection is clearly marked by solar incidence, coupled to a battery system serve to allow to dispense with this solar "seasonality", and have the necessary kWh when you want them, and not when the sun sends them.

But what would happen if all Spaniards were smart enough to take advantage of this technological advantage? Well, we would destroy the business model of the electricity companies, and by extension, also the tax collection model of the state, also influenced by this potential drop in fuel consumption.

The solution proposed (which you can read in this draft here) by the government is ridiculous and regrettable. First it was legislated to tax the use of batteries in photovoltaic systems, while eliminating the payment per kW contributed to the common electricity grid. So, if you had a solar panel in your home and connected it to a battery, you had to pay a premium for storing energy. If, however, you delivered that energy captured by your roof to the grid, then the grid does not pay you ... "it belongs to all".

Now a draft of a new royal decree has been presented where the use of smart batteries like Tesla's is taxed, in order to prevent ordinary citizens from using their intellect to buy electricity when it is cheapest, taking advantage of electronic meters, and use it when they need it.

In an ideal world, where there were no intermingled interests, the state would encourage citizens and communities of neighbors to use these systems, as they would allow storing electricity in homes at times of low electricity demand, and eliminate peaks and valleys as marked as those we have in our power grid in summer, and that end up causing not a few blackouts.


This would make cheaper electricity available to the consumer, and as far as cars are concerned, which is what this magazine is about, it would make it easier to charge electric cars at a lower price.

But not only is the state not satisfied with not paying you for dumping surplus electricity from your solar panels and not letting you store it, under penalty of impossible taxes, but now it is also regulating against the intelligent storage of electricity to take advantage of consumption valleys.

It is difficult to understand, beyond economic motivations, the reasoning behind this new regulation, since stabilizing electricity demand throughout the 24 hours a day is a good idea from a technological point of view, as it is to promote and encourage communities and private homes to store electricity captured by solar panels for self-consumption, eliminating dependence on large power plants, more in a country where the electricity that is not produced by renewable fuels we have to buy abroad, which generates strategic dependence on other countries.


And what does all this lead me to regarding the automobile? Well, to think that if the governments that govern us are making these laws to prevent the citizen advantage of new technologies, they will not hesitate to go much further when the imminent paradigm shift of the automobile takes place. When cars are no longer powered by gallons and gallons of taxed fuels, when citizens opt more for carsharing and automated driving and there are fewer sales of "traditional" cars, what measures will be invented to keep up with current taxation? We will see in 20 or 30 years... In the meantime, what worries me is to see how legislation is tailored to defend private economic interests against the technological evolution that should serve us to create a better world for our children by reducing CO2 emissions, responsible consumption and the use of logic.

Article updated to add link to the draft of the proposed Royal Decree
The hard take-off of the Diesel engine (II): from Eduardo Barreiros to the turbodiesel engine ❯

add a comment from The state thinks it owns the sun