Renault starts preparing for the death of dCi engines

Reuters tells - thanks to two leakers - that before the summer there was an internal meeting in which the head of competitiveness, Thiery Bolloré, expressed deep doubts about the options of the diesel engine to survive, especially in segments B and C. This brings us to Clio, Captur, Mégane, Kadjar, etc. In the A-segment there is no diesel offer anymore, the Twingo only has petrol engines.

Customers are willing to pay a premium for diesel engines if it can be compensated by lower fuel consumption over time. However, it will be increasingly expensive to develop diesel engines that meet future anti-pollution standards, and it will also be more expensive to produce them. The price difference will have to be borne by someone, namely the customers. 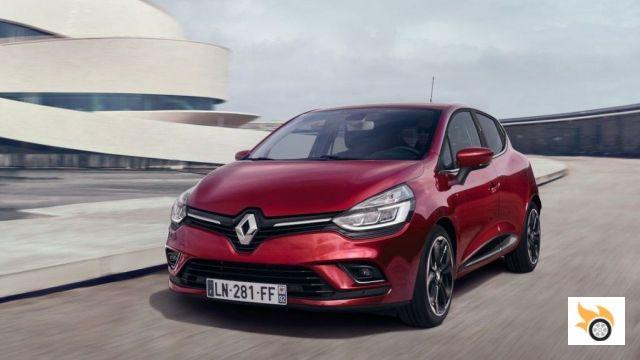 It is therefore likely that several Renault models will be left with only petrol (or alternative) engines by the middle of the next decade. The next milestone is Euro 6c, but before the end of the decade the homologations will be done with real driving data, not only in laboratories. This difficulty has been compensated by raising the current limits, 80 mg/km of NOx, to values that are achievable in the real world. Nevertheless, pollution will go down on net.

Right now the diesel engine faces a paradox: to be clean they must be less reliable. On the one hand, there are anti-pollution systems such as EGR, SCR or special NOx catalytic converters (commonly called "NOx traps"). If these systems always work, breakdowns will occur, because a diesel engine, by definition, is not clean.

In order to avoid mechanical problems, manufacturers have used traps such as the "thermal window", i.e. situations in which the engines pollute more to preserve turbos, exhausts, etc. The bigger the "thermal window", the more they pollute in the real world, but the better the mechanics are preserved.


Although Renault has not cheated in any way to homologate its dCi engines, its "thermal window" turns out to be very wide. As a result, its engines exceed the legal Euro 6 limits by up to 10 times that value, in exchange for 800 mg/km of nitrogen oxides. These gases kill more Europeans than traffic accidents, it is a silent death.

In the wake of Dieselgate, Renault ended up recalling tens of thousands of cars to reprogram them and reduce their NOx emissions. That is a short-term fix, in the long term we will have to consider whether it is worth it. For example, think that a Clio dCi can cost in the next decade 4,000 or 5,000 euros more than the fully equivalent gasoline. It would be very difficult to amortize such a thing.

In the more affordable segments it has already been proven historically that petrol is king when it is very difficult to amortize a diesel. It used to be necessary to add to the equation the deterioration in performance, sound or response, but that is now a thing of the past. At a big difference in price, will opt for gasoline engines, which already have their anti-particulate filters as standard, or there will be those who consider electric alternatives, plug-in hybrids or running on alternative fuels.

Officially Renault has not responded to this information, but it is revealing that they have not denied it. Last year 60% of Renaults sold in Europe were tankers. Several analysts believe that diesel has already lived its heyday, and begins its decline. In those segments where there are no sales to justify their existence, they will disappear. The last ones will be the typical business segments, where the high volume of kilometres still makes the accounts pay off.


It is a pity that so many years have been wasted betting on diesel engines to the point of flooding Europe with these mechanics, while the air has been poisoned with nitrogen oxides, which have caused acid rain, respiratory diseases everywhere, generation of tropospheric ozone, and so on.


In the end we are going to have to thank Volkswagen for Dieselgate, indirectly it has managed to make us aware of how dangerous diesel is for our health, that it is dirty by definition, and that passing it off as clean is costly and even counterproductive.

The old tankers were very polluting, but they turned out to be indestructible (with a few exceptions like PSA's TUDs) and in the long run they were always profitable even if they were much more expensive to buy. And it's not just Renault that has seen the wolf's ears, more manufacturers are thinking about it. Is it worth prolonging the agony of diesel, or is it smarter to stop using it before it costs money?

As of today, very few manufacturers are saying no to diesel, and only one has completely eradicated them in all segments: Lexus. The others more or less support this alternative, especially for markets such as Europe, South Korea and India, where diesel is widely used in passenger cars and light VIs.