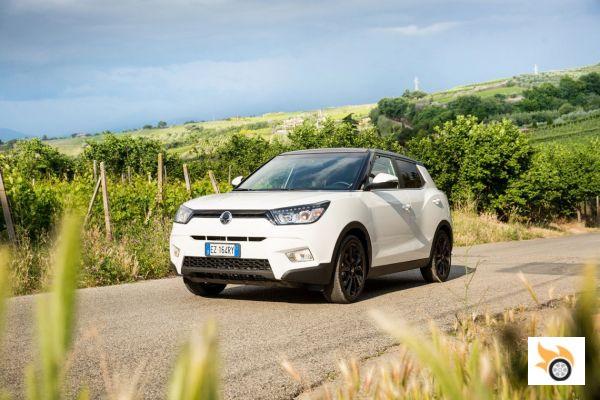 Although SsangYong has been in Spain for 21 years and can count on a sales network of 65 dealers, it needs a product that makes a difference with the past. The first of that offensive is the Tivoli. And with Europe addicted to diesel, the Tivoli D16T will be the most important model in the range. We were able to try it out for a very brief test drive.

Technically, the diesel engine, as well as the chassis made up of more than 70% high-strength steels, has been developed by SsangYong. Gone are the days when engines were bought from other manufacturers, like Mercedes in the past. This 1,597 cc four-cylinder engine features common rail direct injection, variable geometry turbocharging and variable valve timing on intake and exhaust. It develops 115 hp at 3,400 rpm and delivers 300 Nm of torque available from 1,500 to 2,500 rpm. It is enough to give the Tivoli some elasticity. In Spain, this engine will be available with a 6-speed manual gearbox or a classic 6-speed torque converter automatic. In addition, both gearboxes will be combinable with front-wheel drive or Haldex type all-wheel drive with electronic differential lock up to 40 km/h. 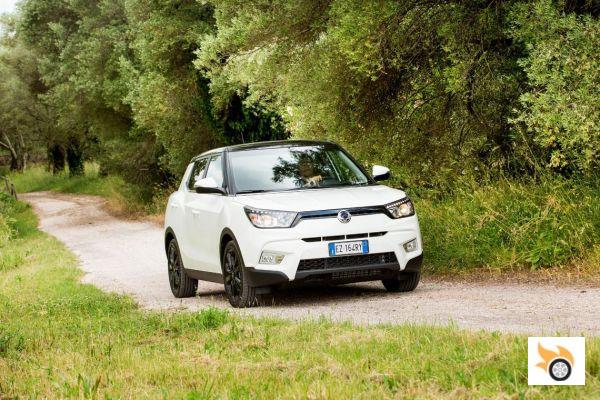 On a dynamic level, the Tivoli has made considerable progress compared to the brand's previous models. It now has a "more European" ride, combining comfort with a certain firmness and a correct filtration of the irregularities of the road surface. Even so, the set-up is not quite right. I have the feeling that the shock absorbers are too hard for the soft springs it's equipped with. Moral of the story: it can't help but show a marked roll on twisty roads. It's true that the car is less swaying than the petrol version, but it's still a step below its European rivals in this respect.


The Tivoli D16T has a very European feel to it and although it is better than the petrol version, it still suffers from excessive body roll.

The steering, regardless of the mode selected, is perhaps too soft for European tastes with a certain vagueness or slackness in the centre point. Even so, it is quite precise. The brakes, meanwhile, are still too much assistance. There's still that strange feel that makes you feel like you're braking hard without exerting much force, when in fact you've only braked just right. 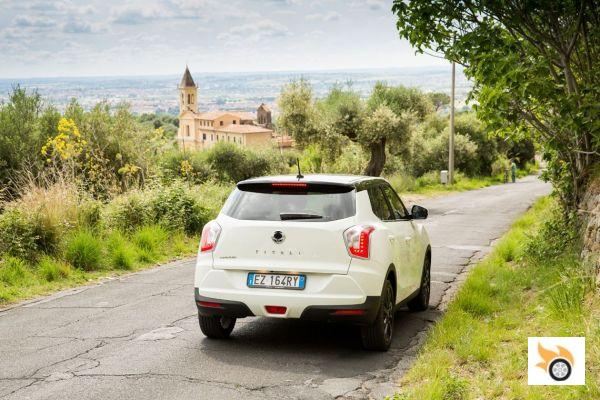 The engine, on the other hand, shows its elasticity and thanks to the torque it gives you the feeling of being at the wheel of a more powerful car. The torque delivery is decisive and despite the relatively narrow range of delivery (between 1,500 and 2,500 turns) you almost always have it at your disposal. I say almost always, because third gear is too long (or second too short) and when you change to third, the revs drop too much. The manual gearbox, on the other hand, still offers pleasant handling but with too much travel between second and third.

A little while ago, Guille already spoke at length about the Tivoli in its petrol version, so it would be redundant to discuss its aesthetics again. We will simply remind you that this is a 4.20 m long B-SUV whose design is the champion of originality. There is no other model in world production that looks like it. You may or may not like it, but just for being different and good looking it deserves a few positive points. 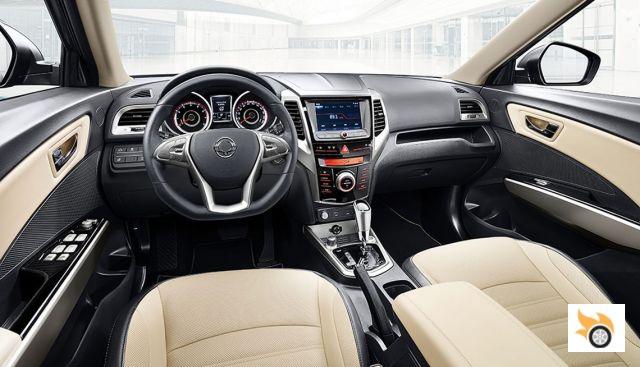 The black/red leather upholstery is reserved for the top of the range Red Edition (25,500 euros) only available with four-wheel drive, automatic transmission and metallic blue bodywork.

The cabin is one of the assets that the Tivoli can count on to win fans. First, the quality of its finishes, close to that of the Hyundai of the previous generation. Here, it is far superior to other rivals, such as the Renault Captur, where hard plastics abound. And then because the space it offers is far superior to its rivals, is one of the advantages of offering a somewhat square exterior design. And I'm not just talking about the front seats, the space for passengers in the rear also deserves an A-plus. Even the fifth passenger, the one in the middle rear seat, has a little more space than in other models. 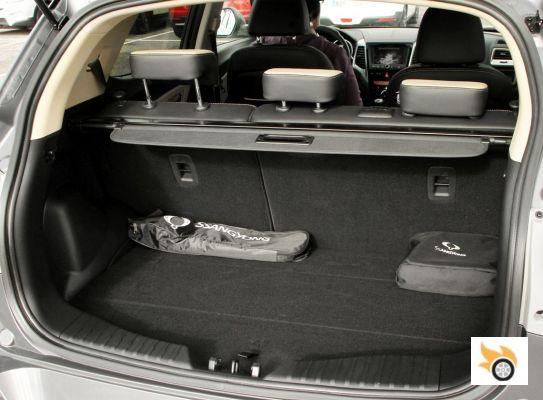 The boot is also generous, especially for a B-SUV, offering 423 litres of capacity in its 2WD version (in 4WD the capacity is reduced to 323 litres). The rear seat backs can be folded asymmetrically (60/40). The only point we could criticize the trunk is the load threshold, much higher than in the rest of its rivals. In a car with a family and urban vocation like the Tivoli, it is something to take into account, especially if you often have to remove or put heavy objects (pram, bike, etc) or simply water bottles. 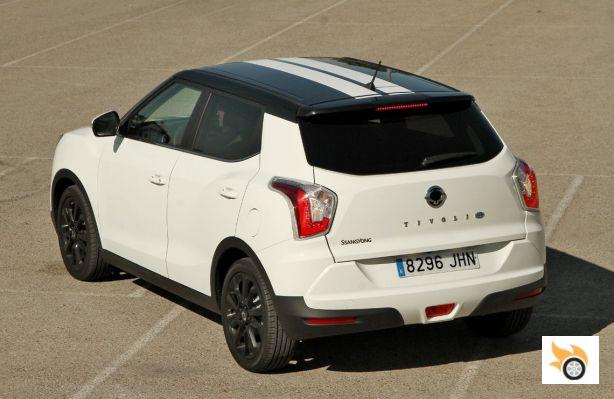 
The Tivoli's price-performance-quality-equipment ratio is its main asset.

Some customers may miss more sophisticated driving aids, such as lane change assist or the blind spot detector that some of its European and Asian rivals offer. But these features are usually available as an option or on the most equipped version, which makes them much more expensive compared to the SsangYong. 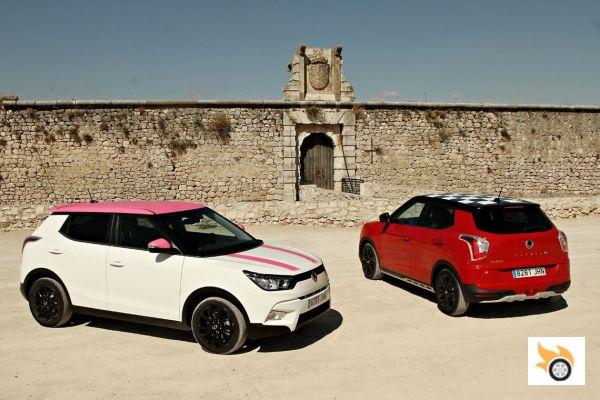 With the D16T, you can customize the exterior appearance of the Tivoli through a series of vinyls (3M) that have the same 5-year warranty as the car, some put in the factory and a few others as an accessory at the dealership. Among the different colors and motifs applicable to the roof, hood and mirrors there are 66 possible combinations. And they have a very affordable price, so it would be a shame not to take advantage of them. They range from 75 euros for some stripes on the bonnet to 425 euros for the complete set (roof, bonnet, etc).

Finally, it should be noted that coinciding with the launch of the Tivoli D16T, SsangYong offers for gasoline versions the conversion to LPG use for 1,750 euros. The conversion has the same 5 years/100,000 km warranty as the car, but means a trunk reduced to 326 liters by the presence of the second tank. Compared to the diesel Tivoli, the LPG Tivoli will pay for itself after just 25,000 km. In addition to using a cheaper fuel, LPG offers NOx and particulate emissions reduced by 96% and 99%, respectively, compared to diesel. 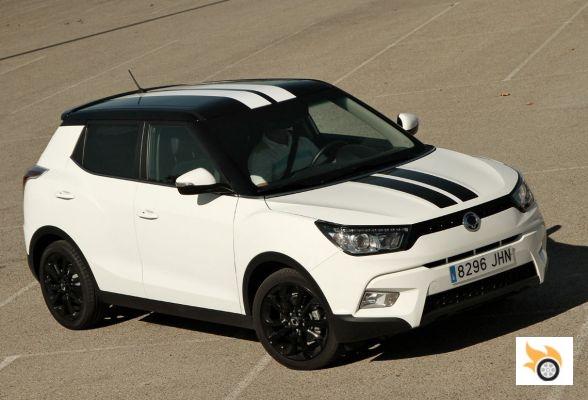 The SsangYong Tivoli is a very attractive proposition, if its design appeals to you. Traditionally, SsangYongs have been cars with an excellent price/habitability ratio and little else. However, the Tivoli is of the new school.

To the restrained price and livability, the SsangYong Tivoli D16T adds an overall perceived quality, save for a few details, that is on par or superior to its rivals. ( And yes, in the unit that touched me, the knob also turned a little loose). And also combined those qualities with a more European dynamic behavior.

The SsangYong Tivoli D16T is a rational choice for those who need a compact car with SUV aesthetics. It won't arouse any passion, even if you make use of its customization possibilities, but it will be a very correct and affordable object to move around. And with 5 years warranty. 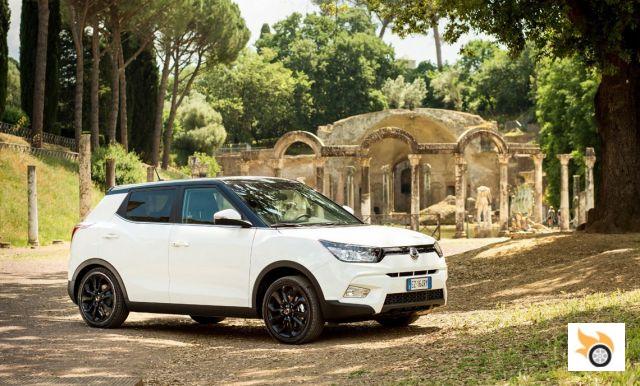 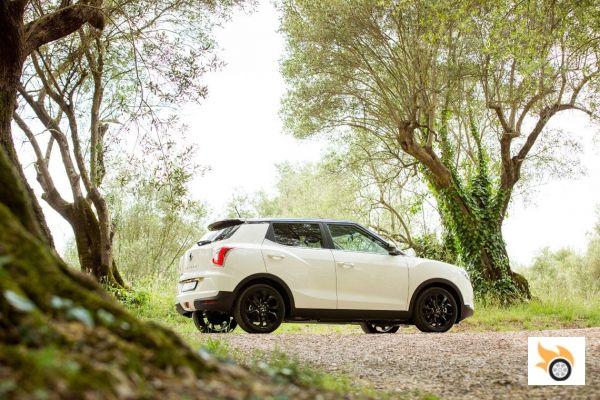 Premium diesels are growing in trouble

How about an MX-5 Coupe as a Mazda Sports Car Concept?

Who wants a Tiguan or a CX-5 when you can buy a Leon Cupra ST for the same money?