The new ZR1 is the most powerful and fastest Corvette ever produced! 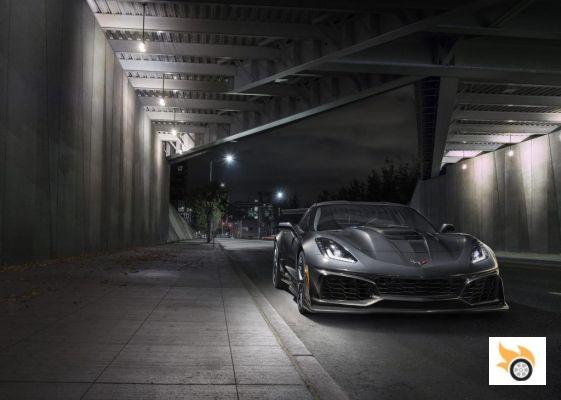 At the Dubai Motor Show, Mark Reuss, the brand's Vice President of Global Product Development, Purchasing and Supply Chain, introduced it to us with the following words:

"No one has ever driven a Corvette like this before, because there's never been one like this before. Its unprecedented performance puts all other global supercars on notice that the ZR1 is back.

As I've already told you, the new ZR1 is the most powerful and fastest Corvette to date, and that's because under the hood hides a supercharged LT5 V8 6.2L, derived from that already carried the Z06, capable of putting at our disposal neither more nor less than 755hp and 969Nm, all directed to the rear wheels, therefore, to put in contact so much power with the asphalt, in the new ZR1 have a five-spoke star-shaped wheels shod with Michelin Pilot Sport Cup 2 tires. Chevrolet also claims that it is capable of over 335km/h and accelerate from 0 to 100km/h in less than 3 seconds!

Of course, with so much power we need a good suspension and brakes, well, we have a sports suspension with Magneride adaptive dampers that have considerably lowered the height of the body and a good team of carboceramic brakes. 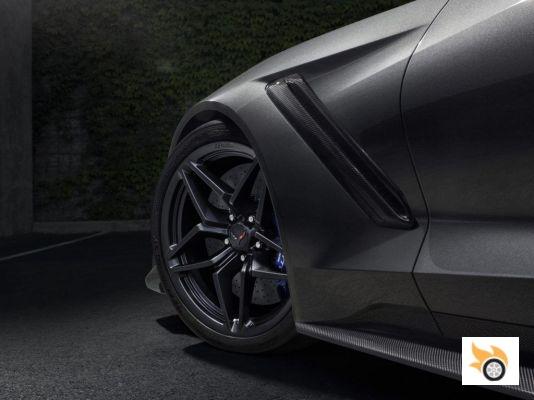 As for its gearbox, we have 2 options, a 7-speed manual or a brand new 8-speed automatic.

Aesthetically the ZR1 has a much more aggressive design, but functional at the same time, as aerodynamics has been an important point for General Motors when developing this car. It has been provided with a new front with a huge lip under this to keep the nose glued to the ground at high speeds. At the rear we also have a large spoiler as standard or another 3-piece, which is capable of increasing the downforce by 400kg and that we can have if we install in our Corvette ZKT Performance Package. 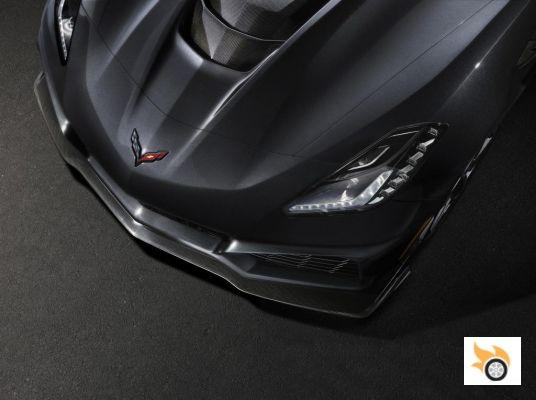 In addition to this pack, we have another called Sebring Orange Design package, with which we get this color for the body and brake calipers on the outside and seams and seat belts inside.

We leave aside the exterior and we get with the interior, where we find sports seats that give us a good grip on the curves and a new leather upholstery with alcantara inserts and carbon fiber. In addition Chevrolet puts us to the last with a new connectivity system for our smartphone and a Bose audio system. 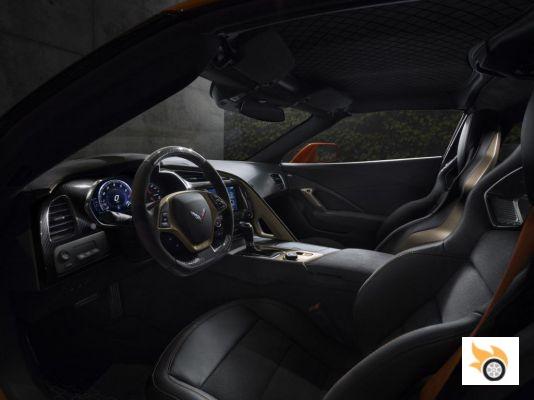 For now we do not know the price of such a beast, but do not despair, there is little left for 2018, where we will discover its price and many more things about it!

add a comment of The new ZR1 is the most powerful and fastest Corvette ever produced!