What is unsprung mass and how does it affect the vehicle?

What is done to avoid this?

By adding a suspension to the car what we achieve is to "disconnect" a large part of the mass from the irregularities of the terrain, achieving faster and more precise reactions. In addition, we provide comfort to the driver and passengers because the vertical movement is much lower.

The suspended mass is all the mass that is above the spring, as it supports it. This includes the chassis, the passengers, the bodywork, etc. On the other hand, the unsprung mass is the mass of the elements that are between the spring and the ground: wheel, brakes, suspension triangles and some other parts. These parts are important because they influence both the acceleration capacity of the vehicle and the absorption of vibrations from the road. In addition, as their weight increases, we also have to increase the weight of other related parts to withstand the forces they will be subjected to during the vehicle's movement.

Suspended mass is much greater than unsprung mass. From a vehicle engineering point of view, the unsprung mass should be as low as possible for various reasons, which we will discuss.

For example, what happens to our cars when we hit a pothole?

When we encounter the pothole, the wheel follows the road to the highest point. Just after passing the highest point of the pothole, the wheel has the tendency to continue to climb. The suspension spring tries to stretch and thus lower the wheel so that it touches the ground. This tendency depends on the unsprung mass. The greater the unsprung mass, which comes mainly from the wheels, the more force the spring has to exert to bring the wheel back to the ground. Therefore, the greater the weight of the wheels, the harder the spring will have to be if we want to correct this tendency.


What happens to accelerate the wheel?

When accelerating a wheel from a standstill, we need to exert a force to make it turn. This force must overcome the frictional force. And what is the frictional force? Let's imagine that we have an object on a surface, for example a box that we are dragging along the floor. If we don't push it, the box doesn't move, if we push it lightly, the box still doesn't move, even though we are exerting a force, and if we push it harder, we will be able to move it.

The force that counteracts the push is the frictional force. In the car, the wheels have to generate enough force to overcome the frictional force to be able to move. This force is exerted by the engine through torque, as Guille explained some time ago in the article: What is torque, what does it have to do with power, which one matters more?

How do the wheels of the vehicle turn?

If we observe the rotation of a wheel in slow motion, we can see that the point on which the wheel turns is the point of contact with the ground, due to the friction force mentioned above, and implies that the linear velocity of the wheel centre is the linear velocity of the vehicle. If we move an object linearly, the acceleration will be related to the forces on the object through the mass.

What happens when we go from linear motion to circular motion?

Let me explain it with an example: if we take a bicycle wheel and turn it from the axis of the wheel, the moment of inertia is a constant ratio between the rotational force, called momentum or torque, with which we are turning the wheel and the rotational acceleration of the wheel. The moment of inertia shows the relationship between the mass of the object and its distribution on the object. I'll give a quick example: the moment of inertia of a filled disk and a ring is different, because the ring has all its mass distributed on the outside of the circle and the disk has the mass distributed all over the surface.


It depends on several parameters:

The most typical example of a high or low moment of inertia is seen in the sport of figure skating. 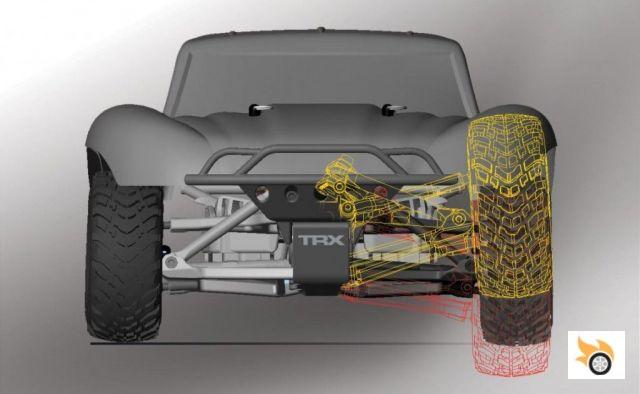 If a person is skating and does a pirouette by spinning on the axis from the feet in the direction of the head, he will spin faster the closer the weight is to his central axis. This means that, without any force acting on the person, if he turns with his arms extended perpendicular to the axis we have defined and brings his arms closer to his body, he will accelerate due to the change in the moment of inertia. 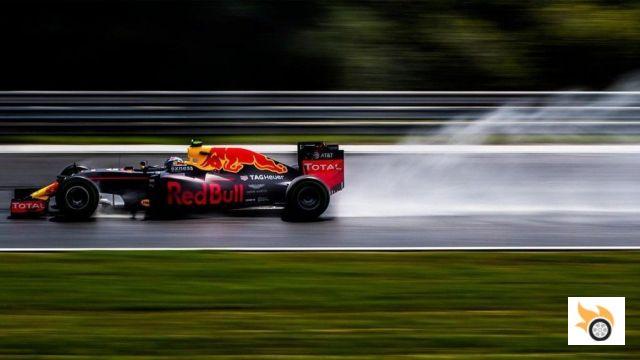 Back to the beginning of the article: Why do Formula 1 cars have 13 inch wheels?

There are two main reasons. If the rim is smaller, the weight is closer to the hub, making it easier to turn and get as much contact with the road as possible. The other reason has nothing to do with unsprung mass, but the wheel, having a much larger inner tube, acts like a spring. Thus, harder suspensions can be used in the single seater, which allows faster vertical reactions in the wheel, making it touch the road as long as possible.

With what we have explained, we draw the following conclusions. 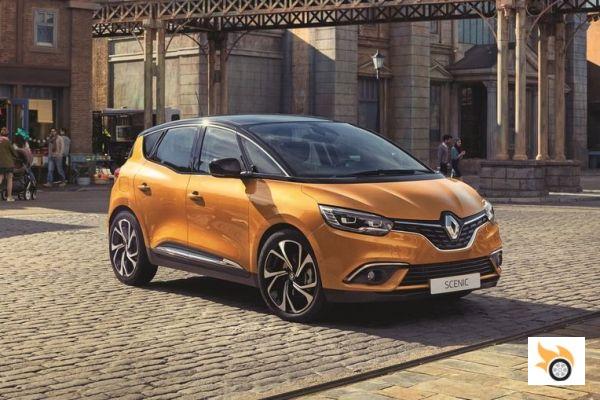 With all that we have talked about I leave you with a question to think about, does it make sense the size of wheels that we have right now?

What is Formula Student? ❯

add a comment of What is unsprung mass and how does it affect the vehicle?