By eliminating the EGR valve, what happens, can it be done? 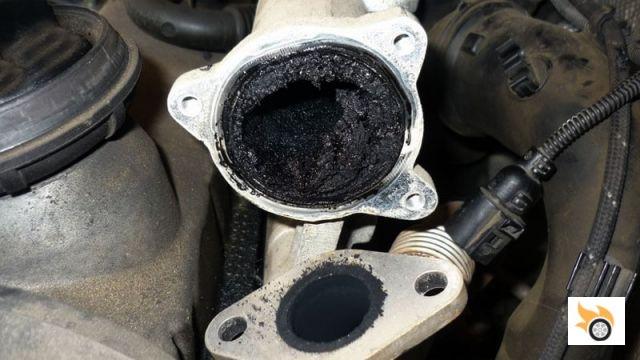 The EGR valve is an engine component whose purpose is to reduce the level of emissions from modern vehicles. This valve reintroduces 5-15% of exhaust gases back into the engine. This ensures complete combustion of the fuel and a reduction of toxic substances emitted into the environment, including the notorious nitrogen oxide.

Some machines have a mechanical EGR valve, driven by the flow of gas from the engine, while others have an electronic one. Among the various models of EGR valves, the electronic versions tend to be the most fragile and sensitive to dirt, thus creating more problems in the long run.

The name EGR valve is derived from the acronym " Exhaust Gas Recirculation".

The EGR valve is almost always used in diesel cars and lately also in petrol cars.

What are the benefits of a well functioning EGR valve?

The main purpose of the EGR valve is to reduce the level of pollutants in the exhaust gas. However, a well-maintained EGR valve also brings several benefits to the driver. When you wonder what happens when you remove the EGR valve, you must also consider the loss of the benefits of a good EGR valve.

Let's look at the main benefits of a well-functioning EGR valve:

What happens if the EGR valve is removed?

What happens if I remove the EGR valve? Well, leaving aside the fact that removing the EGR valve is anillegal activity, many drivers choose to make this change with the idea of saving money with a lasting solution to the cost of car maintenance.


If the car is mainly used in cities and/or at low speeds, the EGR valve tends to become clogged, forcing the driver to replace or regenerate the EGR valve. This is because, like the particulate filter in diesel engines, the EGR valve is kept clean if the car is used often before driving for at least 30 minutes at an average speed of 80 km/h (50 mph). You can imagine that a car used in the city will hardly be used for these trips and therefore requires more maintenance of the EGR valve and the fap.

Those preparing for this illegal modification start by removing the EGR valve and replacing the system with a simple pipe that allows more air flow without blockages. Then a modification of the control unit is carried out to make it swallow the emission parameters which, without the EGR valve, will logically be out of whack.

Removing the EGR valve will certainly remove a component that requires regular maintenance, but it will make your car less efficient, as well as committing a detrimental offence both to the environment and to other drivers and road users.

What do you risk by removing the EGR valve?

If you are still considering what happens when you remove the EGR valve, we would like to remind you that this is an illegal activity. In addition to being very harmful to the environment, if your car is found without an EGR valve during an inspection, you will face serious penalties.

Removing an EGR valve is risky:

What to do instead of removing the EGR valve?

We are well aware that many of you are wondering what happens when you remove the EGR valve, not because you want to pollute more, but simply because you want to reduce your mechanic's expenses. We understand you perfectly and the best answer we can give you is that of a good mechanic.


Instead of removing the EGR valve, the best thing to do is to perform regular maintenance that, with a few precautions and a cost of a few euros, avoids the problems of a clogged EGR valve.

This is what we recommend instead of removing the EGR valve:

It may seem trivial or unrealistic, but by following these steps you can reduce or completely eliminate EGR valve problems, forgetting forever the option of removing the EGR valve.

When should an EGR valve be removed?

To repeat what we said before, although it is difficult to detect as an infraction, driving without the EGR valve is illegal and punishable by heavy penalties. That said, there are some cases where the EGR valve must be removed but only to install a new one.

If the EGR valve has been neglected for too long, simple regeneration may not be enough to remove all blockages. In this case and depending on the car model, replacement EGR valves can be found at a lower cost than full regeneration.

In this case the removal of the EGR valve is legal but only to allow the mechanic to replace it with a new one.

Tyre pressure light: Why does it come on and what to do?

Add a comment from By eliminating the EGR valve, what happens, can it be done?