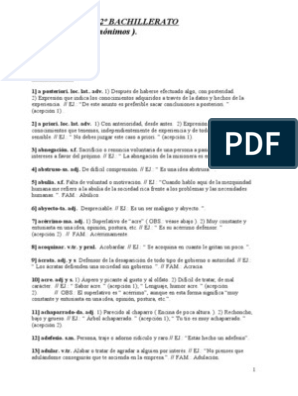 At Silverstone, the Williams and the Mercedes were fighting for the same amount of track time, all four cars within two seconds of each other.

The first set of pit stops allowed Lewis Hamilton to move into the lead by unseating Massa and Bottas in the pits. But about five laps before the Englishman's pit stop, the Mercedes wall had brought its men out into the pit lane in a pilgrim attempt to confuse the Williams strategists.

The three-pointed star mechanics got into position, stretched their gaze towards the pit lane entrance awaiting the arrival of one of the silver arrows, and after a few moments they gathered their gear and returned to the inside of the pit box.

It was a bluff.

It was a reflection of how close the fight was between them. In Mercedes, used to win without getting off the bus, had had to pull the showcase of tricks to leave no stone unturned in a fight that then was still far from being decided on the side of Brackley.

As reported by Motorsport.com, the FIA will teach the teams in Hungary, where later this month will be held the next round of the championship, to make it clear that it will not tolerate more phantom pit stops.

Mercedes pulled out its bag of tricks to leave no stone unturned in its fight with Williams.

The excuse is article 23.11 of the sporting regulations, which stipulates that team staff can only enter the pit lane just before having to "work on the car" and retire inside the box once the task is completed.

Mercedes escaped an investigation and/or penalty because it was impossible a priori to tell whether it was a phantom stop or a subsequent change of plan. It became clear that it was the former when Toto Wolff openly acknowledged it after the race.

They had tried to get Williams to take the bait.

As the organiser of the F1 world championship, the FIA's job is to enforce the rules, of course.

But to try to restrict even the manoeuvres that are the result of healthy competition is going too far.

With so many engineers and computers chewing data -on the circuit itself and in the teams' bases, in real time-, it is even surprising that unforeseen things still happen in the races, those capable of turning a sung procession upside down.

Without going any further, see Mercedes' blunder with Lewis Hamilton and the safety car in Monaco.

Now the FIA wants to eliminate one more unforeseen element - to which in fact the teams resort only very occasionally - by sticking to the literal interpretation of an article of a couple of lines.


With actions like this, the FIA shows itself to be disconnected from reality.

Mercedes' phantom pit stop did not pose any safety risk, which is the reason that will be used to blame future similar actions.

It was an extra element of unpredictability, tension, and sportive mischief in a one-on-one competition on the track.

It was a part of what the 140,000 spectators present at Silverstone had paid to see.

Anecdotal and marginal, but a part nonetheless.

How big are the batteries and storage units of the Le Mans cars? ❯

add a comment of The FIA's desire to be a busybody