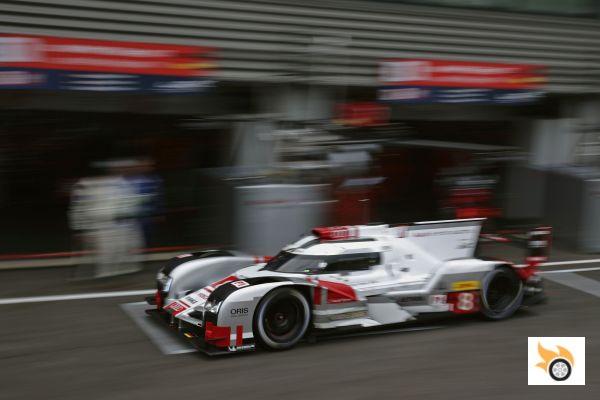 Since Ferdinand Piech left the presidency of the supervisory board of VAG, immediately the rumors of Audi's entry into F1, rumors that were, logically, cut soon after.

Now they reappear with force, after a statement made to the sensationalist (to the extreme) AutoExpress, where Rupert Stadler, the head of Audi acknowledged that "are assessing the F1, like many other competitions" and that "can not rule out" that in five years are running there.

Well, the words seem to say one thing, but you have to contextualize them. There was AutoExpress tugging at Stadler's tongue, and Stadler couldn't say a "flat out no", because you never know.

The reality is that Audi, or VAG, was already looking at the idea of entering F1 on several previous occasions, and doing internal analysis of it. In fact, the new regulations that have been with us in terms of engines since last year were born from an express request from VAG, which advocated for 1.6-liter four-cylinder engines with variable geometry turbo. It was the veto on the use of variable geometry turbo in gasoline that made the Ingolstadt left the table and the championship changed the formula for six-cylinder engines in uve.

Since then, Audi remains focused on shining in endurance (WEC + Le Mans), where it can boast more of its technology, while strengthening its position in Germany with the DTM, something that will also have the benefit of allowing it to enter the world of racing in Asia with the regulatory unification of the SuperGT with the DTM.

So what's new in these statements? Audi, like many other manufacturers, always has people valuing the cost-impact of many other championships. Le Mans is much cheaper than F1, and the ratio and handling of the media impact they get out of it is very accomplished. But that can change, no doubt, as F1 can change.


Audi is still looking at its future options, but even if it sounds as an engine or even owner for the Red Bull team, we still do not see anything clear that this is going to happen.


Hamilton has the upper hand ❯

add a comment of Hype about Audi and F1