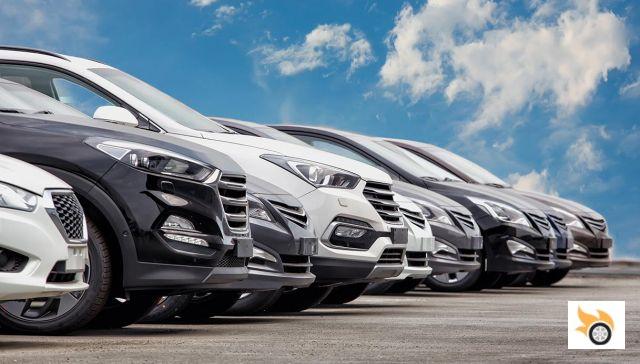 The first "real" electric cars date back to the dawn of motoring more than 150 years ago, when in 1859 the Frenchman Gaston Planté invented the lead battery that allowed to transport the electricity needed to move the car. To better understand what era we are talking about, Italy would have been unified only 2 years later and Karl Benz, known as the "father of the car", was probably playing in a playground when he was 15 years old.

This introduction serves to explain that, however innovative and technological they may seem, electric or hybrid cars are concepts well known to automotive engineers. Concepts so old that they predate the founding of almost every manufacturer still alive today.

But then, why did electric cars lose popularity compared to gasoline or diesel engines? The answer is exactly the same answer that is holding back their popularity in 2019: price. When in 1908 Henry Ford introduced the Model T, the first mass-produced car, the average selling price was $850. The average electric car costs $1750. As the British say"money talks" (money talks, and almost always loudly).

For years they have been coming back into the spotlight due to increased awareness of climate change and the impact that the automotive sector, one of many, has on our planet.

What are the differences between electric and hybrid?

It's not easy to choose between electric and hybrid cars, given the many factors to consider, but this chart should help you understand the differences


What are the 2019 incentives for electric and hybrid cars?

TheEcobonus2019 is a government stimulus designed to make the car fleet, which is one of the highest in Europe, cleaner and older than the average car age of 11 years. The 2019 Ecobonus for cars provides for two levels of membership based on CO2 emissions, with corresponding discounts, and the scrapping of a Euro 1,2,3, or 4 class vehicle. Without scrapping a car, you can benefit from the 2019 Ecobonus, albeit with a smaller discount. Discounts only apply if the value of the car purchased is less than 61,000 euros (VAT included).

What are the incentives for electric cars in Lombardy in 2019?

FromOctober 2019 in Lombardy you can benefit from an additional discount of € 6000 for electric cars and a mandatory discount of 12% made by the dealer. This means that for the purchase of an electric car in Milan the total discount reaches the exorbitant amount of 14,000 euros!

It may be true that in Italy we are late to the game of state eco-incentives, but this measure of the new government gives a very clear signal of where to go.

Are there any other incentives for electric cars in 2020?

Environment Minister Sergio Costa announced that new tax breaks on the purchase price of electric cars will be introduced in his "Climate" Legislative Decree, with a view to further encouraging sustainable transport and a low environmental impact. It is not yet clear exactly how much these discounts will amount to, but it is easy to assume that it will be around 2,000 euros .

If this were the case, a citizen interested in buying an electric car in Milan could benefit from incentives of 16,000 euros, a figure so large that the price of many electric cars currently considered by many as too expensive would be really competitive.

So should we buy a hybrid or electric car?

Now that we've explained the pros and cons of hybrids and electrics, choosing which is best for you is up to you! Our opinion is as follows

add a comment of Hybrid car vs. electric car: all the pros and cons