Il Green car market, with zero emissions, is growing strongly and during the year we will see a real one wave of novelty. The diffusion of electric mobility is thrust da several factors of various kinds, such as the environmental issues, a charging network increasingly sharp pain and efficient or, again, the effects of incentives on the new car market. THE most virtuous producers and interested in not receiving important sanctions from the European Community, due to the excessively polluting vehicle fleet, they are ready then to to release on the market one series of fully electrified vehicles. 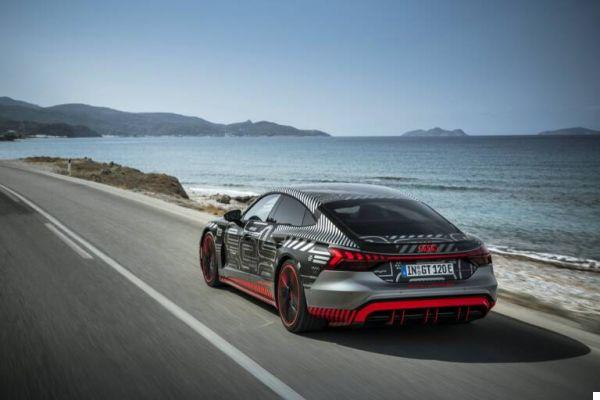 In addition to the SUV and GT, the house of the Four Rings will market one thoroughbred sportswoman built with craftsmanship attention. Made in Heilbonn plant and with the same floor of the Porsche Taycan, the future e-tron GT will replace the current supercar Audi R8 powered, as we know, by a Lamborghini-derived V10 engine. Very few details are currently available: it will undoubtedly be a very important vehicle for the German house. 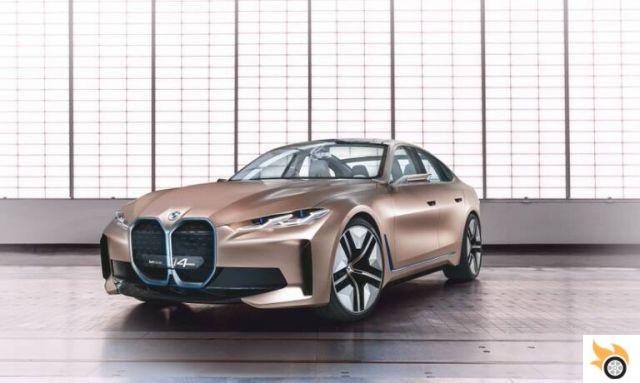 BMW's offensive will not be limited to a midsize SUV, but one is also planned sports sedan able to ensure 600 km of autonomy. Waiting for next summer, BMW i4 Sara declined even in one higher performance M version. The images currently available are the result of some renderings and his final appearance has not yet been shown. 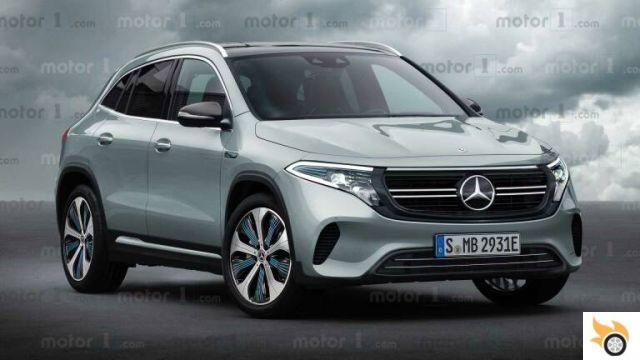 Following EQC, Mercedes' first zero-emission car, the brand is confirmed ready to release a new fully electric vehicle similar in shape and size to the present GLA. Expected for the next few months, Mercedes EQA will have a autonomy of about 400 km insured by a 60 kWh battery. The thruster will instead of 272 CV and we do not know if intermediate power steps are envisaged. 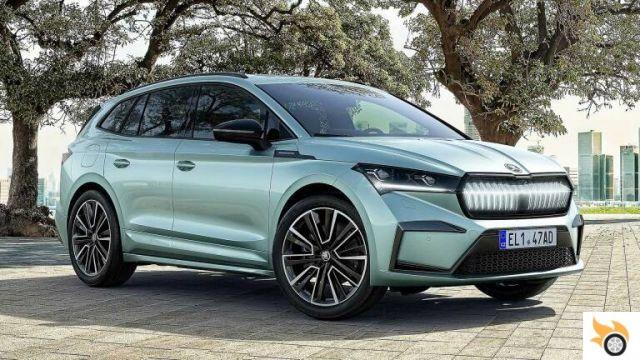 Developed in collaboration with the Wolfsburg group, the small SUV inherits much of the Volkwagen technology used on ID.3 and ID.4, such as the battery and propulsion system. Available with different power steps (iV 50, iV 60, iV80, iV 80x and iVvRS), the expected autonomy is maximum 500 Km with the 77 kWh battery. 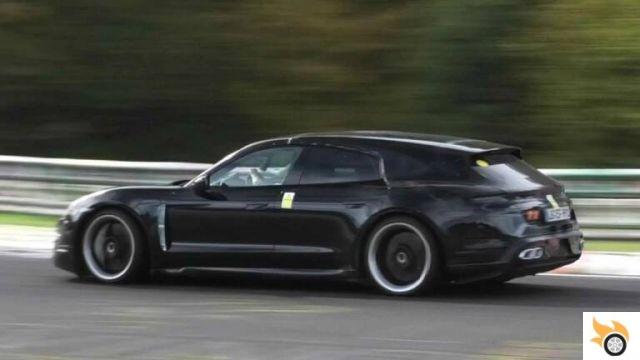 The family version of the electric sports car from Stuttgart will only arrive over the next few months; spotted on several occasions without veils, the new Porsche sports car will follow the endothermic range with version 4S, Turbo e Turbo S. Few details are available even if some rumors speculate important powers even in the order of 750 HP. 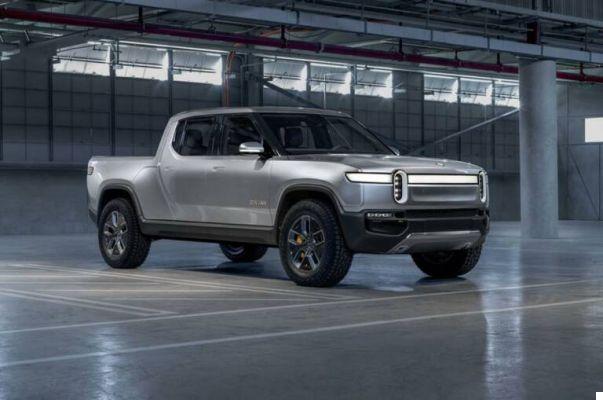 A surprise announcement at the 2018 Los Angeles auto show revealed the presence of this mysterious electric pickup. Rivian R1T it features a powertrain that it promises to deliver up to 754 hp and a time from 0 to 100 km / h of less than three seconds. R1T was supposed to go into production at the end of 2020, but first deliveries to the US have been delayed until June 2021. European buyers will likely have to wait a little longer to be able to buy it. 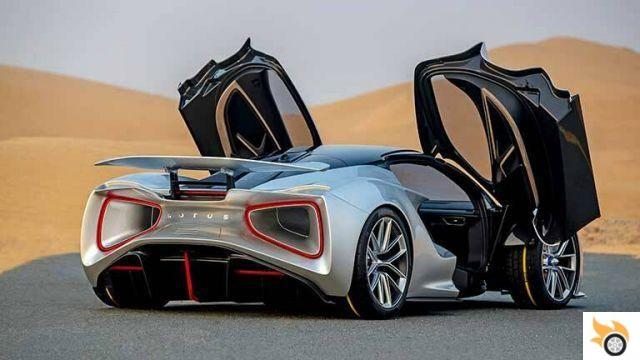 The British brand is back on the market with a zero-emission hypercar. Known as Evija, the car promises dizzying performance and comparable to those of the most famous thermal supercars: 2.000 hp, lightning-fast acceleration and high top speed.


Built in just 130 specimens, Evija will be made with a carbon fiber monocoque and equipped with four electric motors. Price? 2,3 million euros. 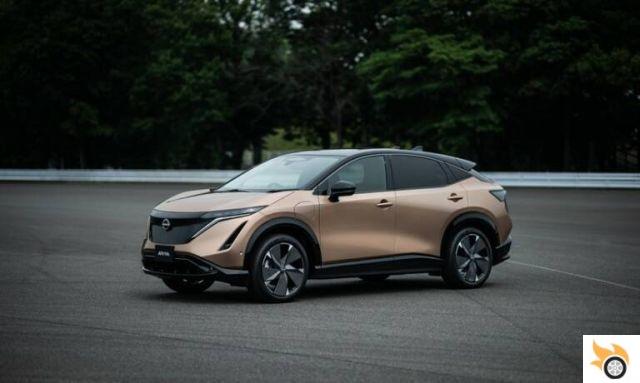 Ariya, will be the electric car of new concept and will flank Leaf; it is a Crossovers designed from the ground up built on the CMF-EV platform developed byRenualt-Nissan-Mitsubishi alliance. Available in cuts from 63 and 87 kWh, with two or four-wheel drive, Nissan Ariya will have a autonomy between 340 and 500 km with a maximum power of 395 hp. 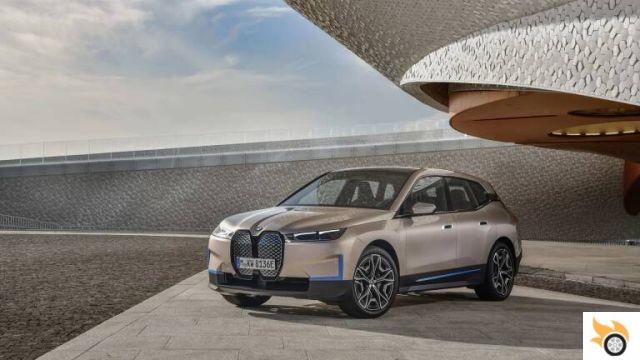 Expected exclusively with Green engines, the SUV of the Bavarian brand will have a range of over 600 km with a 100 kWh. Characterized by a large front grille, similar in size and design to the company's current cars, BMW iX will have an output of over 500 hp. 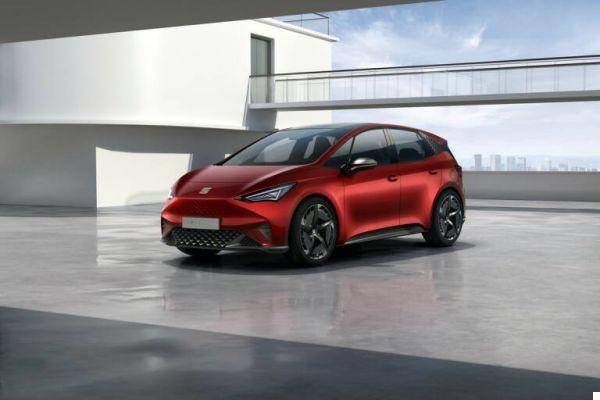 El Born is the first car of the Spanish house and inherits part of the tech di Volkswagen ID, Audi Q4 e-tron and Skoda Enyaq. The car will then be available in different set-ups and with a maximum power of 300 hp, in the most performing variant. Expected one 77 kWh battery able to guarantee up to 500 km of autonomy. 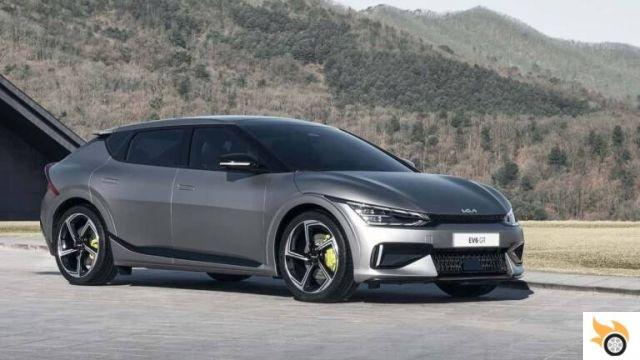 Kia is ready to launch 11 new electric vehicles by 2025 and the EV6 crossover is the first bespoke EV the South Korean company has ever made. The EV6 will soon be revealed in full and will be a sister car to Hyundai's Ioniq 5, built on a completely new platform. It will initially offer approximately 510 km of electric range with a 72,6 kWh battery. According to reports, the company is aiming for 700 km therefore a version with an increased battery will certainly arrive. The 800V high-speed charging should recharge the battery in less than 20 minutes. 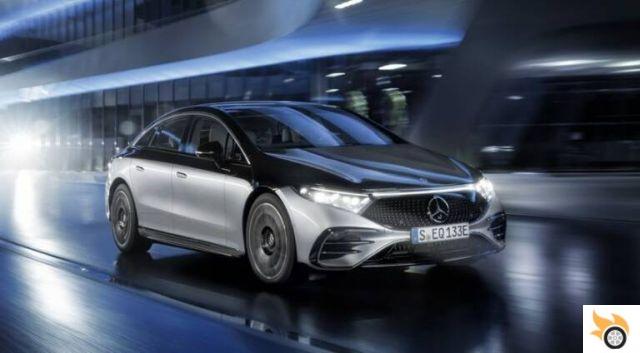 In addition to EQA and EQC, the German brand will present the high-performance flagship known as the EQS. As per S-Class tradition, the car will adopt the more advanced and refined technology up to now discovered and a higher range declination developed by the ad division is also expected AMG high performance. Few information about it but it will undoubtedly be a vehicle able to worry the current Tesla Model S, Lucid Air and Posche Taycan. 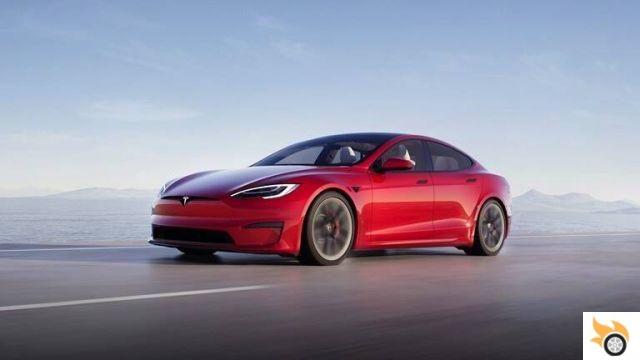 Announced in September during the Tesla battery day, without too much fanfare the Palo Alto house has introduced the version to the list in Europe Model S plaid: the most powerful ever, waiting for the Plus variant. It will be available on the market from September 2021, with a total power of 1.020 HP and a declared range of 628 km. 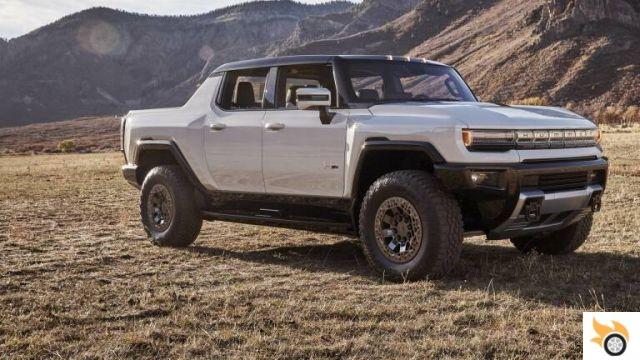 Expected to go into production in the final months of 2021, with customer deliveries to follow next year, theGMC's bold electric pickup is set to resurrect the Hummer brand in the United States. While unlikely to reach Europe in any official capacity, the extreme EV looks set to have a big impact on the other side of the Atlantic, with an estimated power of 986hp and a 0-100km / h time of about three seconds. 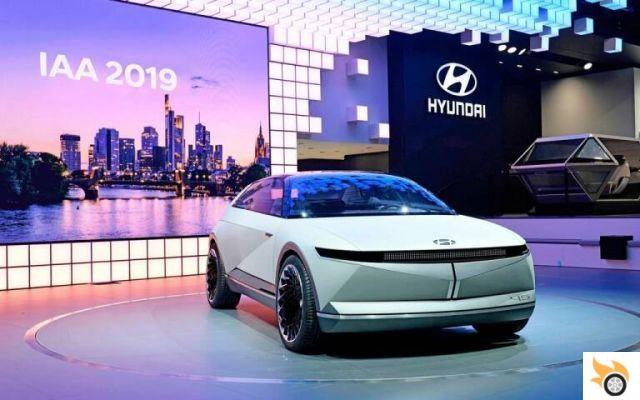 For a long time active in the sector of greener and emission-conscious vehicles, Hyundai introduces the new Ioniq brand dedicated to this kind of cars. New models based on the e-GMP modular platform and battery with 800 Volt architecture. Although the launch is expected between 2021 and 2022, at present there is no detailed information on the matter.

It will probably debut this year, but it won't appear in showrooms until mid-2022. Ioniq 6 will be Hyundai’s flagship EV, a sedan that will share design elements with the Ioniq 5 but will be radically different from the brand's current model range. A high-performance variant with two engines for a 0-100km / h sprint of less than 3,5 seconds is likely. Autonomy varies by specification, but up to 500km should be possible between charges. 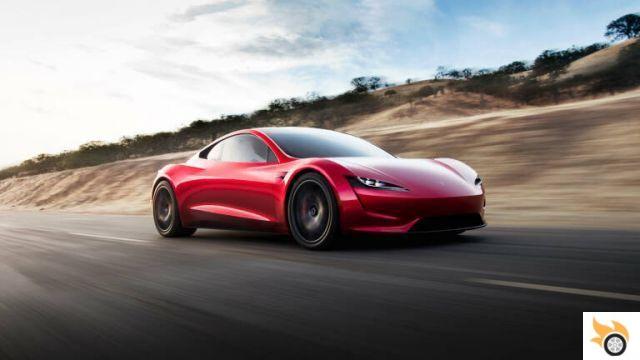 The next-generation Roadster has been previewed before its official debut on multiple occasions and Tesla says it will have a top speed in excess of 400km / h with a time of 0 to 100 km / h in 1,9 seconds. The 200 kWh battery pack, the largest in a production electric vehicle, should provide a range of almost 1.000 km. 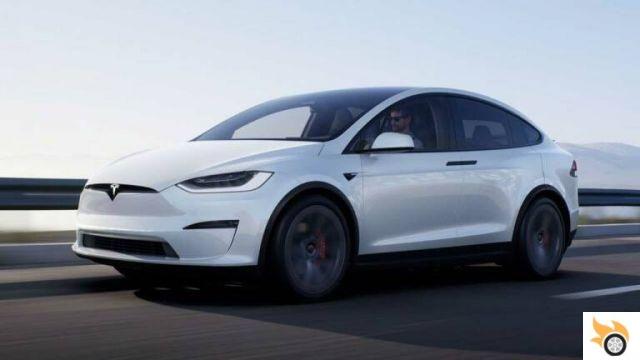 The improvements made to the Model S Plaid also made their way into Tesla's high-end SUV; adding a third engine makes it possible to achieve it 0-100 in 2,5 seconds, reducing by two tenths the time it could already reach before the changes were introduced. Deliveries are expected to start soon in the US, but it may take some time for the X Plaid model to reach the Old Continent market.

During the next weeks we will update the article us further models expected for 2021. Judging by preliminary data, it appears that i car manufacturers yes they are finally I decided to introduce vehicles more affordable for everyone with prices starting from 20 thousand euros. So we just have to wait to get to know and discover all the versions and set-ups available.

Speed ​​record: the 5 most powerful hypercars ever ❯

add a comment of Electric cars 2021: all upcoming models