However, as we're so engrossed in the possibility of the Ferrari looking to tickle the Mercedes in the race, it seems that we are not giving the importance it deserves to the dominance -I would say overwhelming- of Lewis Hamilton over his teammate Nico Rosberg.

The Englishman has made it three poles out of three this year and has once again left the German on the back foot, albeit by a measly four hundredths of a second.

Nico's expression of disbelief when his engineer told him the margin that has separated him from Lewis says it all: "Come on! Four hundredths are nothing, but the fact is that Hamilton has once again been an impassable wall for Rosberg. And losing by such a small margin even makes the pill harder to swallow. Yes, because if Hamilton keeps his head at the start and has priority in the pit stops, Rosberg will stay where he is. Those four hundredths could have been a second and the situation would be exactly the same. 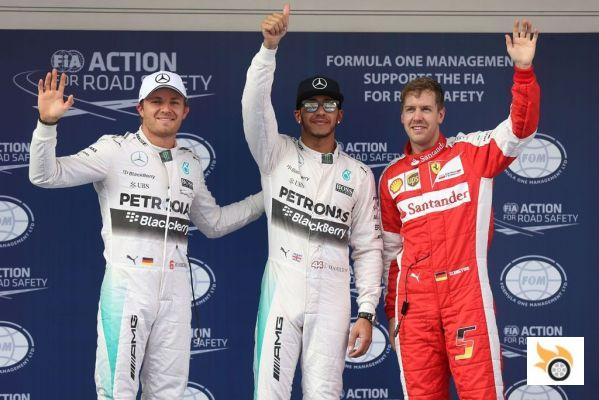 Nico's expression of disbelief when his engineer told him the margin that separated him from Lewis says it all: "Come on!"

Hamilton got the job done on the first attempt in Q3, putting almost three tenths past Rosberg. On the second attempt, the number 44 was back under 1:36, but he didn't improve on the previous time. Rosberg lowered his previous attempt by more than two tenths, but the effort didn't pay off. That "Come on!" meant: "What do I have to do to beat him?

With the hierarchy on the grid resolved, the Mercedes now have to look back and keep a close eye on the Ferraris. Or at least that of Sebastian Vettel, third. Both the German and Kimi Räikkönen have sacrificed the qualifying session with the race in mind. Thus, the first attempt of Q3 they have done it with a used set of soft tyres, to save a new one for the race. Which, by the way, points to a tactic of soft-soft-medium, if the cold Sunday does not ruin the durability of the yellow Pirelli with the dreaded grainy tread.


That first attempt with used tyres gave the provisional third place on the grid to Felipe Massa, and Vettel did enough to overtake the Brazilian's Williams in his last - and, in practice, only - attempt on the flag. 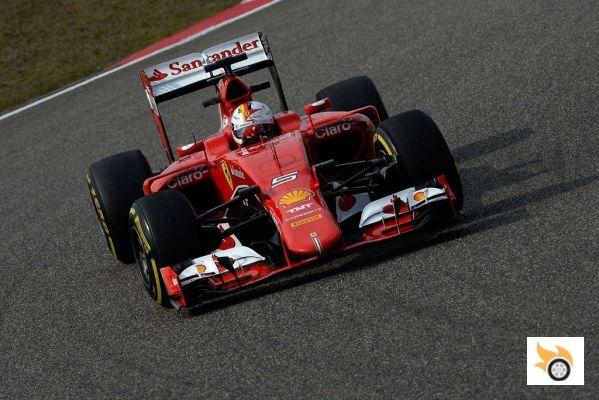 Ferrari sacrificed the qualifying session with the race in mind

On the other hand, Kimi has stayed where he was, sixth, behind the two Williams-Mercedes. In the case of the Finn, I doubt that the advantage of keeping a new set of softs for the race will compensate for the disadvantage of having to unseat the two Grove cars in the race -on track or in the pits-. By the time he has done that, where will the leaders be? Result: the podium will remain forbidden fruit for the Finn.

Williams, then, have maximised their weapons in qualifying, but Massa and Bottas will struggle to keep pace in the race. So much so that Daniel Ricciardo, seventh, is determined to fight with them for fifth place. Only the number 3 Red Bull has made it into Q3, as Daniil Kviat has been affected by engine problems since the morning free practice.

The surprise of the day was to see both Sauber-Ferrari in the top ten. Ericsson has left out of Q3 Pastor Maldonado by only seven thousandths of a second, but at least the Venezuelan will be able to start the race with new tyres. 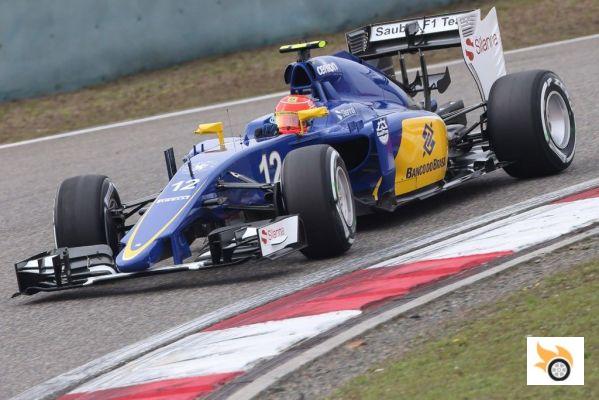 The surprise of the day was to see both Sauber-Ferrari in the top ten.

The two Toro Rosso were also out of Q3. Scoring will be quite a feat for Max Verstappen and Carlos Sainz, who are in a tight battle with the Sauber and Lotus - and Kviat's 'out of position' Red Bull - but clearly ahead of the Force India, who are still stuck at the bottom of the grid.


In fact, the Silverstone cars' times are on a par with the McLaren-Honda cars, which again failed to make the Q1 cut. Fernando Alonso had a bad start to the day, when an ignition failure left him stranded as soon as he left the pits in the morning free practice session. The team has solved the Honda engine failure without the need to change it, but the fact is that the Spaniard has only done two laps all day.

So, the McLaren-Honda's objective for the race has to be to finish in order to accumulate kilometres. "The position is the least important thing," said Fernando, who has sought solace in the fact that in Malaysia the MP4-30 were three seconds off the lead and in Shanghai, 'only' two. 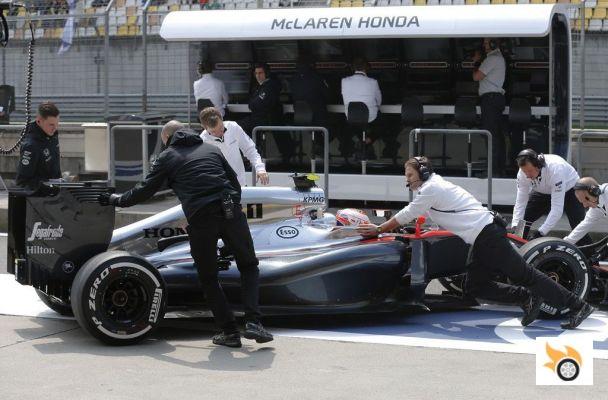 The red lantern of the grid is again for Manor. Stevens and Merhi have comfortably lowered the minimum 1:44.327 to qualify, a sign that the threat of 107% and begins to be overcome, if reliability does not get in the way.


The driver from Castellón has explained that they will go to three stops to get less blue flags in the race. They will be the only ones. In principle all others will go to two, which leaves little room for Vettel to repeat the machada of Sepang.

add a comment from Hamilton has the upper hand