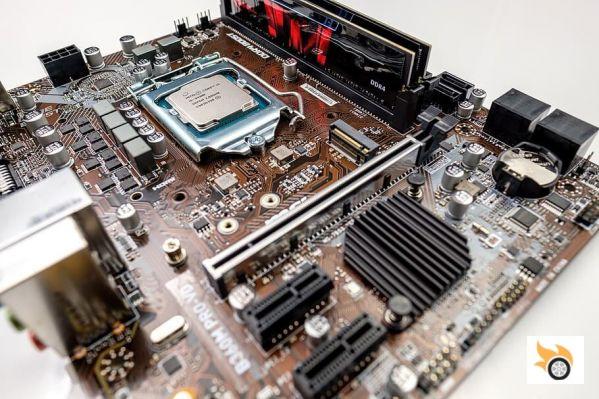 What is the car ECU?

Before we talk about redoing the ECU, we need to explain what the car ECU is. The car ECU, whose technical term is "engine control unit", is a computer that manages all the functions of the engine.

If the wheels are the legs and the headlights are the eyes, the control unit is the thinking brain of the car. If we want to get better performance from our car, remapping the car's control unit can be a great start.

What is ECU remapping?

ECU remapping consists of altering andreplacing the factory settings of the ECU with those of other software. This procedure is mainly performed to improve the vehicle's performance and get the most out of the mechanical components on board.

To remap the car ECU, you can either rewrite the parameters (altering those of the current ECU) orinstall a completely new additional module. The first procedure may be less expensive but is more limited compared to the capacity of a specific aftermarket module.

Why remap the control unit?

When you hear about ECU remapping, you immediately think of unmodified cars with blistering performance. While it's true that most remapping is done to improve speed and recovery, it's also true that ECU remapping can provide other benefits.

Many perform ECU remapping at the same time they change other components such as the exhaust, remove the EGR valve (an unnecessary and illegal procedure), and install better brakes. In this case, aggressive remapping can actually change the performance of the car.

Another reason behind ECU remapping is to improve engine efficiency and reduce fuel consumption. This is because the standard ECU is produced to run well no matter where the car is driven. Depending on your driving style, you can get an improvement in efficiency by remapping the ECU.

ECU remapping itself is not illegal and does not result in penalties. The problem starts when, due to the remapping of the car's ECU, the car's parameters are altered beyond what is indicated in the registration booklet.

If, for example, the indicated kW power is 200 and after the remodelling of the car's control unit we reach 250 kW then we have committed an offence. In fact, it violates Article 78 of the Highway Code, which prohibits any modification of the construction characteristics of vehicles.

With too much repatriation of the ECU car you risk a penalty of 431 euros and the seizure of the Book of Circulation. Without the logbook you have to go to the DMV and submit the car for inspection.

What are the disadvantages of redoing the ECU?

Leaving aside the legal aspects for a moment, remapping the car's ECU can have serious disadvantages. In the case of extreme remapping of the car's control unit we alter the parameters far beyond the factory tolerances. All mechanical components work at much higher speeds and therefore increase wear.

To mention one possible problem, the turbocharger turbine can increase rpm and overheat to such an extent that it melts. To avoid damage to the car, it is therefore necessary to combine the remapping of the car's ECU with the purchaseof better components capable of handling the increased performance.


Last but not least, in addition to better components, anyone remapping the car ECU must follow a stricter maintenance schedule. At a minimum, oil changes and brake fluid changes should be performed more frequently along with the other mechanical component checks. Large carryovers result in large maintenance responsibilities.

How much does it cost to remap the control unit?

The cost of control unit remapping varies depending on the outcome. Some "basic" ECU remaps can cost around 150 Euros.

In the case of a more sophisticated ECU remapping the cost is between 300 and 600 Euros. For more information about car ECU remake prices we suggest you read the article where we explain how much car ECU remake costs.

Recharging the car's air conditioning: cost? when to do it? ❯