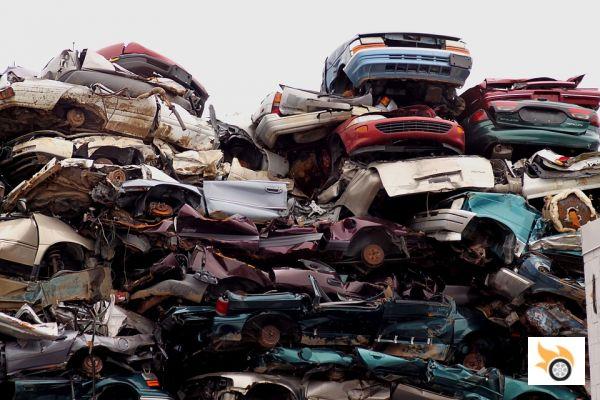 Incentives for scrapped cars: what are they?

The average age of the Italian car fleet is 11 years, one of the highest among the larger countries of the European Union.

Just think that of the 38 million cars on the road, more than a quarter (about 10 million) are over 17 years old.

Therefore, the government has two options to rejuvenate (or retire) the circulating car fleet: facilitate the purchase of new cars and increase the number of old cars "disposed of" each year.

One of the most famous measures with which the Italian government facilitates the purchase of new cars was the 2019 Ecobonus, applicable to both the hybrid and electric parts of the Dl Clima. The government has allocated 255 million euros to be distributed through subsidies to those who get rid of old polluting cars in favor of forms of mobility considered cleaner.

At the same time incentives have been introduced to scrap your old car or motorbike, we will talk about this later.

How much are the incentives for scrapping cars in 2019?

Note: the car scrappage bonus in 2019-2021 does not consist of a discount on the purchase of a new car, like Ecobonus 2019. Instead, the €1500 or €500 contribution can be used for discounts on public transport or bicycles, including electrically assisted bicycles.

Where are the 2019 car scrappage incentives valid?

Car scrappage incentives are applicable in all regions of Italy, albeit with major differences both in terms of maximum contribution and application procedure.

The region where you can get the highest contribution is undoubtedly Lombardy. Here, in fact, between the Ecobonus and the regional incentives you can get a discount of 14,000 euros on the purchase of a new car with low emissions, let's say electric cars.


The best option is to check the website for your region or, in the worst case, contact them directly to ask for explanations on how the incentive applies to that region. Relying on dealers and salespeople can make the process easier and faster, but it's not always a guarantee of the right answer.

Yes, the 2019 auto scrappage incentives are cumulative with both the 2019 Ecobonus and regional and national incentives.

As written above, each region has a semi-independent strategy. It then receives the Rome directives, but can apply further directives, in a way that is compatible with its budget.

add a comment of 2019 car scrappage incentives: here are all the details