The great dominator of the 2016 season, the young Aragonese driver Cristian Garcia, will seek to remain at the forefront of the championship aboard the Mitsubishi Lancer EVO X with R4 specifications of the Repsol-Mitsubishi team. This season, only an untimely puncture in the Rally de Ferrol and a small touch in the Princesa de Asturias have deprived him of victory. If the Mitsubishi project continues, we will see Cristian again in 2017, possibly repeating mount although rumors are slowly beginning to emerge of the arrival of a possible Space Star R5. For his part Alberto Monarri, increasingly adapted to the Mitsubishi will try to fight for victories in the next campaign.

The great dominator of 2016, Mitsubishi, will seek to continue its project with the EVO X R4.

After the debut this season of the DS3 R5 built by the Portuguese team Sports&You, the Vallejo Racing team will try in 2017 the assault to its third championship. During this season, the "Wolves of Meira" have tried to adapt to a car concept totally opposite to the successful Porsche with which they have contested the championship almost uninterruptedly since 2008. Since the start of the season, they have been gradually reducing the gap that has separated them from the top of the standings, so 2017 could be their big year.

Suzuki Repsol, the dominant team in the two-wheel-drive category in recent years, faces the 2017 season with a new challenge. After the premiere of the Swift R+ built in ARVidal and framed in the new N5 regulations approved by the RFEA, next season Suzuki will seek to demonstrate the potential of its new machine, theoretically located below the R5 at a much lower cost. Gorka Antxustegui will be in charge of leading this project in 2017, so we only need to know if Suzuki will put a second unit in the hands of Adrian Diaz, current leader in 2RM, or if on the contrary it will be Joan Vinyes who will dispute the championship in 2017 with one of the current S1600. For the moment, the Andorran is registered with a Swift of the Cup in the Rally de Llanes. 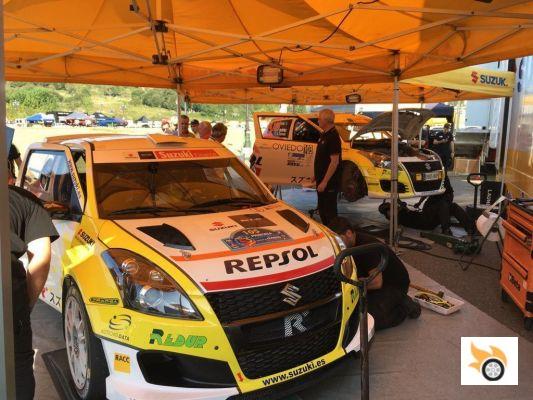 Ares will possibly have an R, so he will be one of the main players in 2017.

One of the big unknowns of 2017 will be the car that Iván Ares, runner-up in 2015, will choose. Weighed down in 2016 by the limitation in the intake flange of his Porsche and the breakdowns of a Fiesta R5 rented from RMC at the beginning of the season, the young driver from A Coruña assures that he will have a winning project next season. During this 2016, Ares has tested numerous cars, looking for the one he feels more comfortable with to fight for a championship that resists him. Among these vehicles are a Ford Fiesta R5, a Volkswagen Polo N1, two Skoda, a Fabia S2000 and an R5, a Hyundai i20 R5 and finally, the Subaru BRZ Pentacar of the RFEA, with which Ares will compete in Llanes and which will be the premiere of this vehicle in the CERA.

One of the big doubts of 2017 will be the possible presence of the five-time Spanish champion Miguel Fuster, as the driver from Alicante is looking to gather the necessary budget to compete next season with guarantees. For the moment he will be at the start of the Llanes and La Nucia rallies, at the controls of a Fiesta R5 of the RMC team. Although the Alicante has also been present at a day of tests organized by Hyundai in France, which showed the new i20 R5 to potential customers.

Another of the protagonists of this year in the CERA has been Pedro Burgo. The driver from Lugo has been the only driver who has opted to continue with his 2010 Porsche GT3, after the imposition of a bridle that has ended up killing these vehicles in the championship. After selling the two 2010 Porsche units with which he started the season, the Galician driver will seek to gather the necessary budget to contest the 2017 season with a car that allows him to be in the top positions of the standings. After testing the 208 R5 of the ACSM team, Burgo attended, like Ares and Fuster, the Hyundai test. For the moment, and after his farewell to the Porsche in the Princesa de Asturias, Burgo will compete in the Rallye de Llanes at the controls of the Mitsubishi EVO X of the ACSM team. 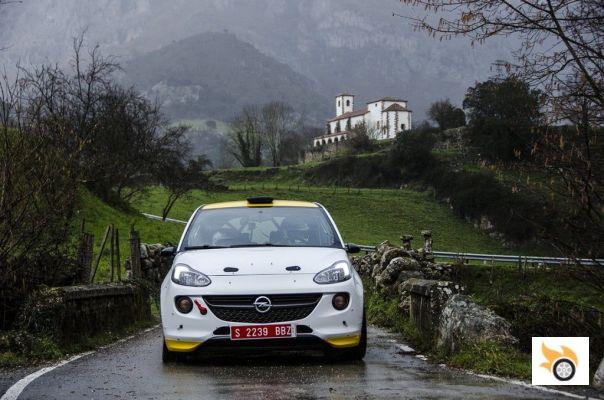 The appearance of new vehicles, unpublished until now in Spain, can be a great incentive for 2017.

Another of the great protagonists of 2017 will be Manuel Mora, who after a season weighed down by breakdowns in his Ford Fiesta R2, will seek to reaffirm himself as one of the young promises of our motorsport, possibly going abroad and disputing some rally outside Spanish territory. Esteban Vallín, one of the main dominators of the R2 category, will be looking to consolidate his position in the R2 championship with the small Adam. Another of the great drivers of our scene is Surhayen Pernía, winner of the Renault Trophy this season and who will start 2017 disputing the legendary Rallye de Montecarlo. In Llanes he will try his luck aboard a Fabia R5, so the Cantabrian will become one of the strong candidates for victory in the Asturian test.


As the end of the season approaches, rumours about some projects are increasing. This is the case of a possible official project of Hyundai Spain with the new i20 R5, of which little or nothing is known, except for the debut of the i30 Turbo as car 0 of the CERA. On the other hand, rumors about the arrival in Spain of the new Fiat 124 R-GT are increasing, as at least two Spanish teams have traveled to Italy to see first hand the characteristics of a car that has 308 hp in the right pedal for only 1030 kg. In addition, we should not rule out the presence of a unit of the new N5, a concept inherited from the Argentine Maxi Rally that seeks to standardize the mechanical components to reduce costs, being able to install any type of bodywork on that basis. The preparer Roberto Mendez is already in the construction phase of at least two units of N5 on Peugeot 208 and Ford Fiesta bodies.

We will see what 2017 has in store for us and who are the protagonists of a championship that, a priori, can bring us many surprises.

Porsche 919 Hybrid, an X-Ray of the Champion ❯

add a comment of What does the Spanish Rally Championship have in store for us in 2017?