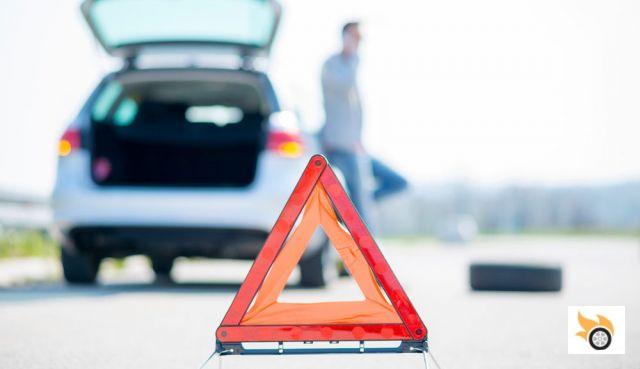 Get in the car, turn the key and nothing happens.

Note that the ignition and instruments do not turn on. Try turning on the headlights and they give no sign of life. This is exactly what happens if the car won't start and the ignition won't turn on.

The battery may be damaged because it has been discharged for too long or it is old.

Alternatively, there may be a problem with the alternator not charging the battery properly.

What to do if the car battery is low?

As we have seen, if the car won't start and the engine won't start, the problem is probably in the low battery. To remedy this problem we have four different solutions. Let's see what they are:

What to do if the car won't start but the ignition is on?

Get into the car, turn the key and the dashboard lights up.


As soon as you turn the key to the last click (the one that starts the engine) you only hear a mechanical noise but the engine won't start. So what is the problem if the car won't start but the ignition is on?

The starter motor may be stuck or damaged. This type of problem is very rare but not impossible in new cars and can be more common in cars that are many years old.

What to do if the car's starter motor doesn't work?

If the car won't start but the ignition comes on and we fear that the cause is a starter motor failure, there is little we can do. One solution is to try to start it by pushing it. So let's see how to push start the car:

An important note: be careful not to turn the engine off because if the starter motor has not been serviced the car will have to be pushed again! Ideally you should contact a mechanic willing to take the car into the workshop to repair the faulty starter motor as soon as possible.

The car won't start: other causes of the problem?

As we have said, if the car won't start, the cause is in 99% of the cases related to a failure of the battery or the starter motor.


However, as cars are very complex objects, the problem could lie elsewhere.

So let's look at what other problems there might be in a car that won't start:

2020 car scrappage incentives: here are all the details ❯

add a comment of Car won't start? Here are the causes of 99% and what to do.