Therefore, it will be unlikely to see a SEAT Carranque, Guarromán, Entrepenes, Pis, Mula or Purgatorio. We are sure that Forocoches will do its bit to give headaches to the neiming experts. On September 12th, in the middle of the Frankfurt Motor Show, we will know the finalists. The final name will be known on October 15, or earlier. There are more than 8,100 candidates, but few will be selected and only one can remain.

And what do we know about this new SUV? The most reasonable scenario is that it will be a SEAT counterpart of the Skoda Kodiaq or the Volkswagen Tiguan Allspace, the long-wheelbase versions of VAG's MQB-based mid-size SUV with up to seven seats (5+2). It doesn't make much sense to consider a larger model considering that SEAT is a generalist European manufacturer, so a SEAT equivalent to the Volkswagen Atlas, like, no way. Nor do I see a SEAT with the guts of the Porsche Cayenne, Volkswagen Touareg or Audi Q7. Let's be reasonable. 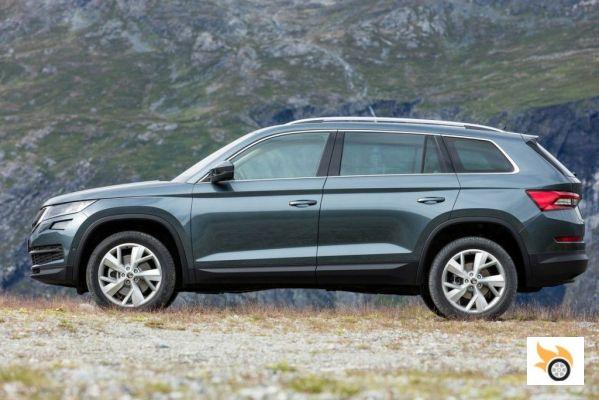 The finalists will be voted on, and from there the winner will emerge, once the brand has filtered out the jocular, inappropriate or troll-smelling place names.

That future SUV will probably be the coup de grace to the SEAT Alhambra, which is enduring its last months of commercial life with great dignity. With every manufacturer that kills off its large MPV, the benefits for those who keep theirs, the pie is being shared among fewer people.

Since SEAT has been separated from Fiat, 13 models have been given Spanish names, and another two have been taken from who knows where: Exeo and Mii. At least the good tradition is maintained, for experiments, the soda pop.

add a comment of SEAT will have its "Kodiaq", but is looking for a Spanish town name